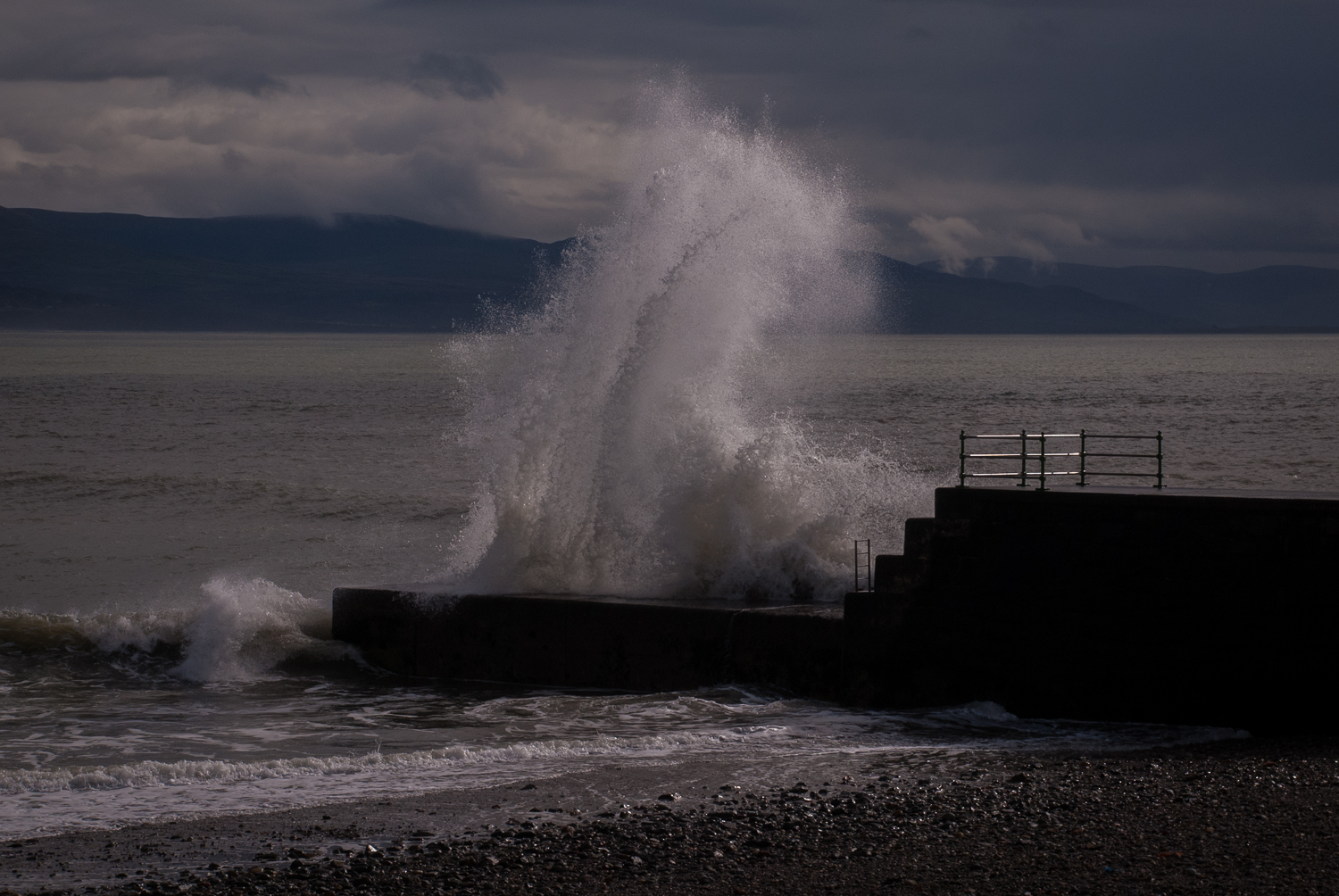 Power is a difficult subject to convey photographically. Taking inspiration from one of my dad’s old photographs I can bring you this powerful image. It was taken earlier this year in Criccieth, on the west coast of Wales. Five minutes earlier a man and women were stood leaning against that barrier and it would have probably made this image have more impact if they were still there!

At least this time I managed to have my camera ready and set up to capture such a massive wave. The weather, and thus the light was extremely changeable this day, which ended up working in my favor, as the sun has just peaked through the thick clouds at the point of this wave and lit it perfectly. In my opinion this is my best photograph of that day; you can see an alternative from the other side of the jetty below.