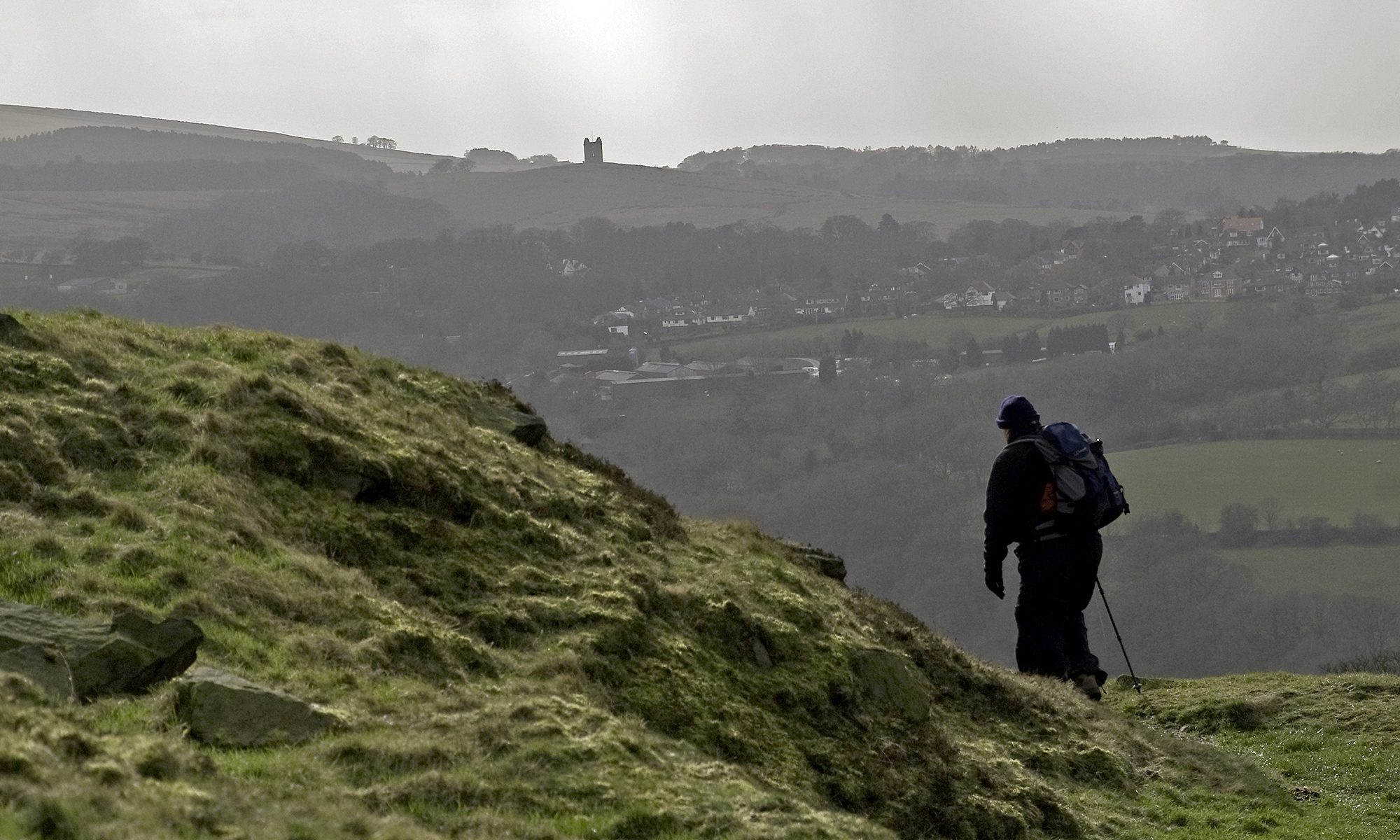 One of the most difficult to place photographs I have taken in the last twelve months, not only is this area on the boundaries of Cheshire and Derbyshire, it has about six different names of exactly where it could be. It was taken this morning on an 8 mile hike around the Disley area of the Goyt Valley. We parked the car at the Rams Head pub and walked up to Disley Golf Club and on to the Mellor and Townscliffe Golf Club via the Peak Forest Canal and River Goyt. Then over the hills and back into the village of Disley. Here we see one of the group heading back down into the village.

As it was mother’s day I wanted to spend the day with my parents. As they had planned to go for a walk with their local ramblers club I came along for the ride. The walk wasn’t very tough and I have now scouted a couple more great mountain biking locations for the near future. The tower you can see in the far distance on the hill is “The Cage” at Lyme Park; it’s a 18th century hunting lodge.