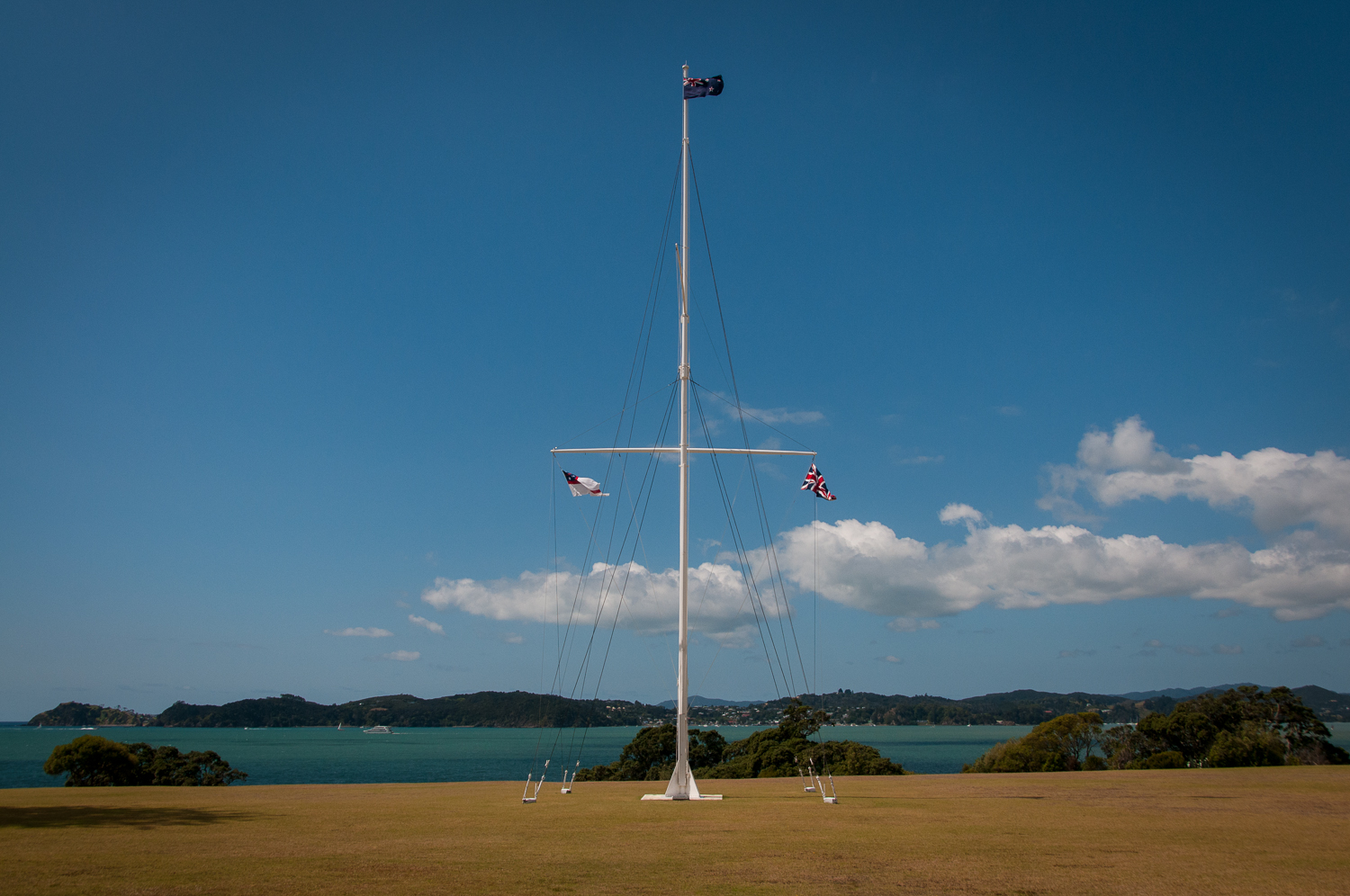 The Waitangi Treaty Grounds are one of the most important areas of New Zealand history. It was here in 1840 that the Treaty of Waitangi was signed between the Maori and European people. This flagpole stands in front of James Busby’s house. Since 1974 three flags have usually be flown on it. The United Tribes of New Zealand flag on the left, the Union flag on the right and of course at the New Zealand flag at the top. Behind is the Bay of Islands.