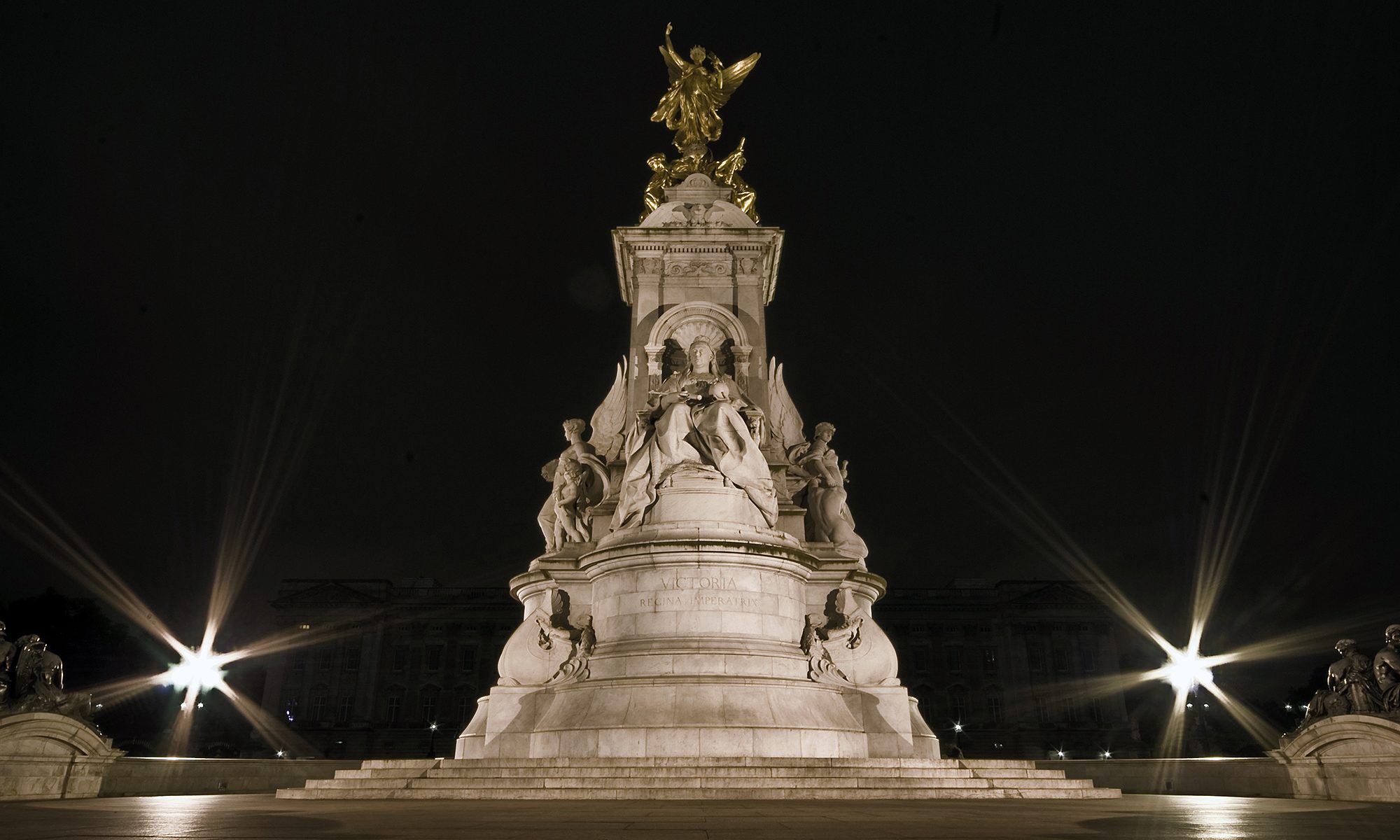 I have always thought that, given a long enough exposure time on the camera, statues at night could make for interesting photos. So, keen to try this theory, I went to the biggest statue / sculpture that I could think of at the time. The Victoria Memorial is placed at the centre of Queen’s Gardens in front of Buckingham Palace and was built by the sculptor Sir Thomas Brock, in 1911.

It is quite difficult to make out the palace in the background, but I feel that the experiment on capturing the memorial details has worked really well. The black night sky behind it isn’t distracting and the sharpness is there thanks to having the camera on a tripod. The only big distraction is the two large flood lights on the palace gates, which become starred because of the lens. Personally this adds to the photograph for me but feel free to disagree with me.