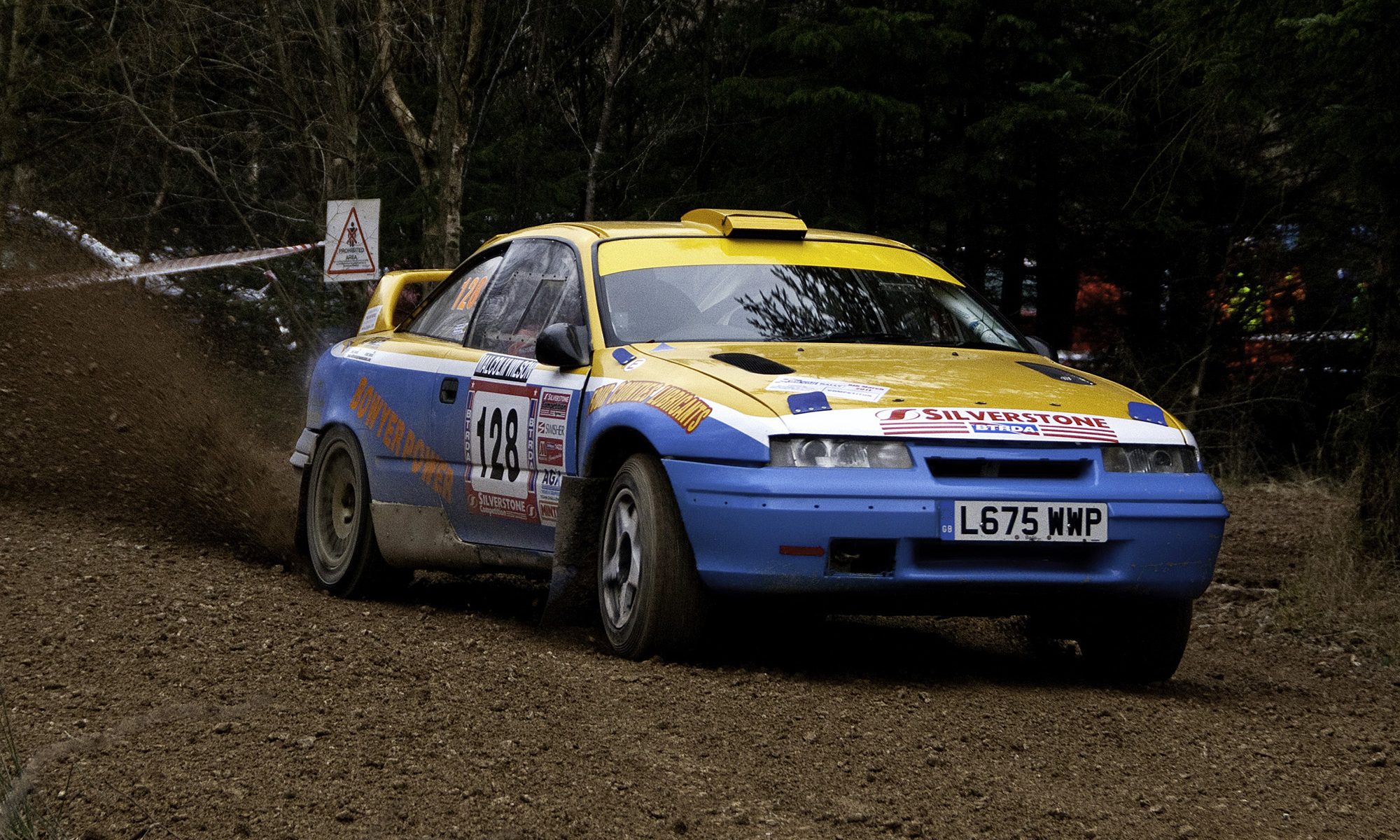 This rallying Vauxhall Calibra was photographed at the 2011 Malcolm Wilson Rally in the Lake District National Park on one of the later, afternoon stages. In the B12 class it was driven by Russell Davies with John Fellowes as Co-driver. It was 3rd in its class and position 42 overall, which is extremely impressive. Although I find that the sign in the background is a little distracting, the massive spray of dirt and stones as the car power slides around the corner more than makes up for it.