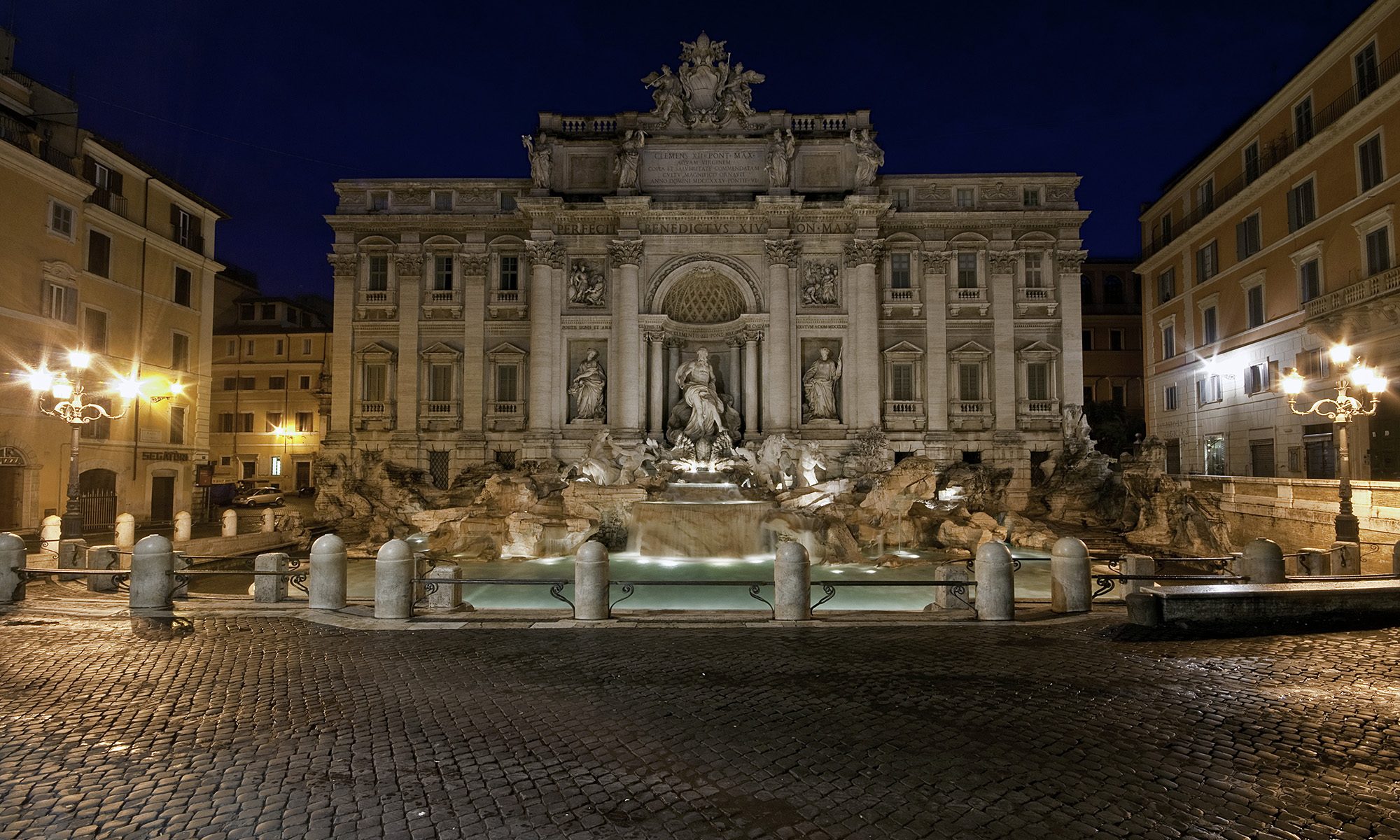 Before I visited the world famous Trevi Fountain, friends and family who had been told me a lot about it. One of the main things was that it was in a small square with narrow streets in every direction leading to it. The second thing that stuck in my mind was I was told that it was always extremely crowded and it would be difficult to get a photograph without any tourists in the frame. True. I was in Rome for a week and went in the morning, afternoon, early evening and later in the night and it was always crowded. Apart from when I set my alarm (which really isn’t the done thing on holiday but I thought it was worth it) and I got down to the Trevi at 6 in the morning. It was just me and two policemen keeping watch. The policemen didn’t have a problem with me setting up my tripod and I basically had the fountain to myself. But it was early January and most sane people were still in bed!

Story time – Whilst I was leaning against a shop front with my tripod as far back as I could get it, an older Italian man approached me with a film camera and flash (no tripod). He spoke broken English, but expressed his great love for the art of photography. He even told me that my camera was set up a little too high so I lowered it a couple of inches on the tripod and he approved. I asked him how far something was on my map to break the awkwardness of our lack of communication. He informed me that it wasn’t far, his car was just around the corner and he offered a me a lift. Glancing down to notice he was using an old, film SLR camera that didn’t have any film in it. I politely declined and he wandered away down the road to the right of me, snapping “photographs” as he went.