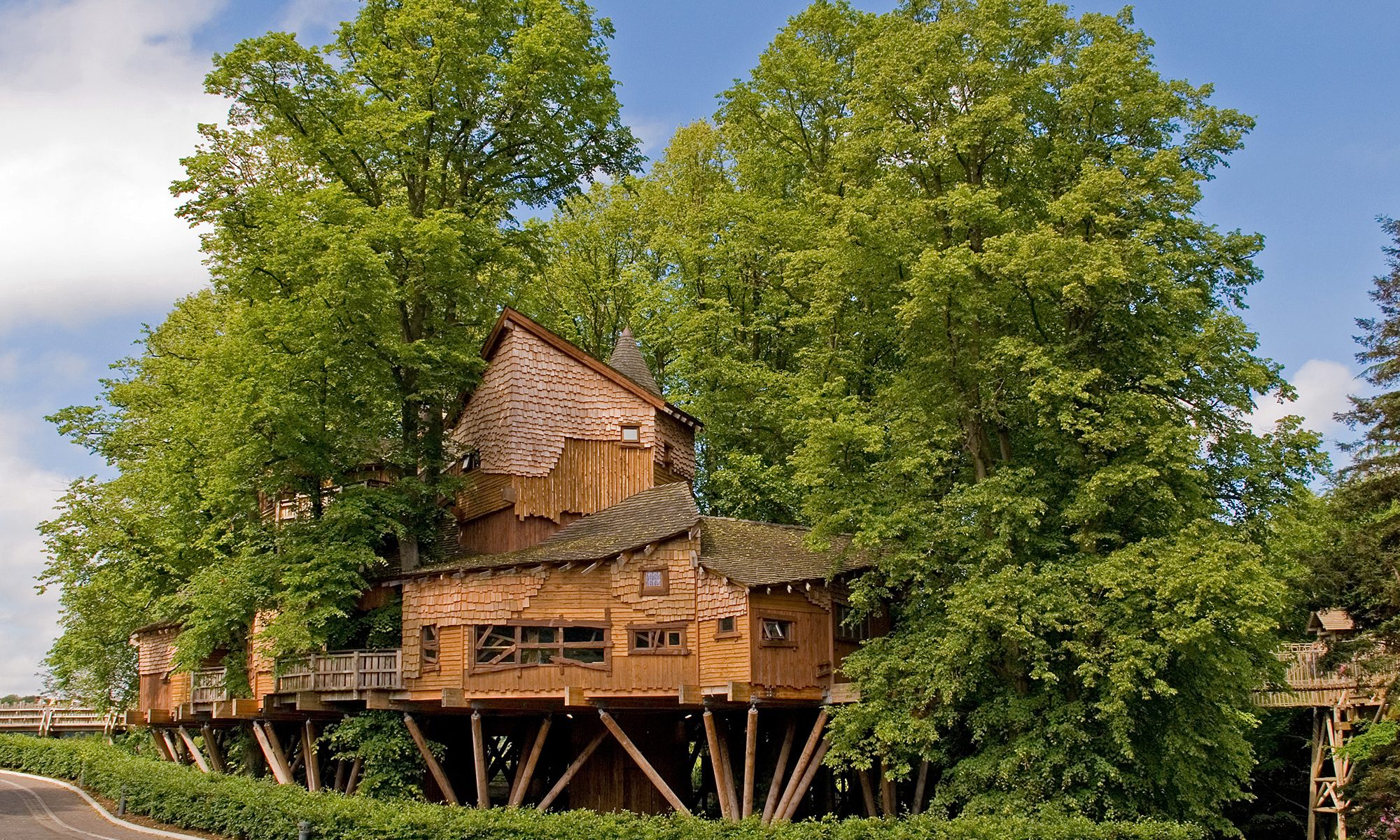 Today I was lucky enough to visit Alnwick Gardens, home to one of the world’s largest treehouses (pictured above). It’s linked to the main garden by suspended walkways and covers an area of around 6000 square feet, including a timber decked veranda. It was opened in 2004 and cost over £3 million, the feature I liked the most was the open fire in the middle of the restaurant, sadly this was fully booked but it would be a lovely place for a meal. As for the rest of the modern gardens I was amazed, you walk in and it seems very clean and modern but there is basically a shed where you pay what seemed a very large entry fee of £7 a person (the 50 pence student discount I got doesn’t make it cheap). When inside the garden I realised why it cost so much to get in.

Originally opened in 2001, Alnwick Garden has quickly become on of the countries most visited gardens and from the building work from what I can tell there is a lot more building work going on, they expect it to be fully built by the end of next year. Originally I was only expected to spend an hour or two walking around the 42 arce site but after about ten minutes of seeing the gardens I had to go back to the car to get my tripod as I knew I would be taking a full day to photograph the fantastic Alnwick Garden. As you can probably gather, the Treehouse photograph is just a taster and more Alnwick Garden photographs will feature on my blog in the coming months.