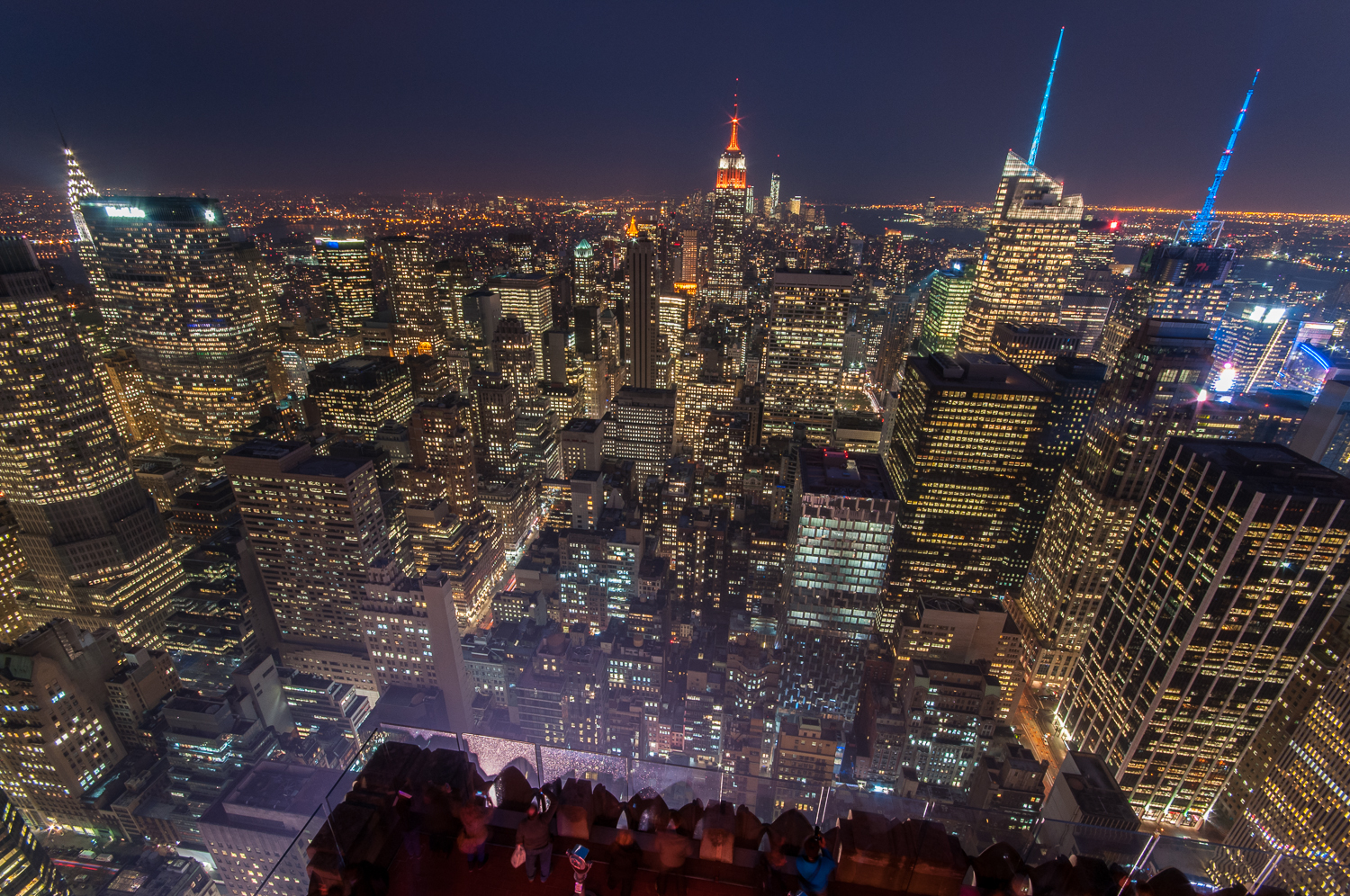 The main reason I took the elevator to the 70th floor of the GE Building at the Rockafeller Center was the capture this view of the city at night. This photograph was taken on the 31st October, hence why the Empire Statue building in the centre of the frame is lit up in orange. It was raining when this was captured but with the long exposure used it is hard to tell. After asking a security guard about tripod use I was able to set the tripod up on the very edge of the wall and point the camera down on the city below. The camera had my 10mm super wide angle Sigma lens which does cause some perspective distortion but in this case I feel it adds to the dramatic feel of the photograph. On the far left of the frame is the MetLife Building with the Chrysler Building. On the right you can see the bright lights of Times Square shinning up from behind the skyscrapers.