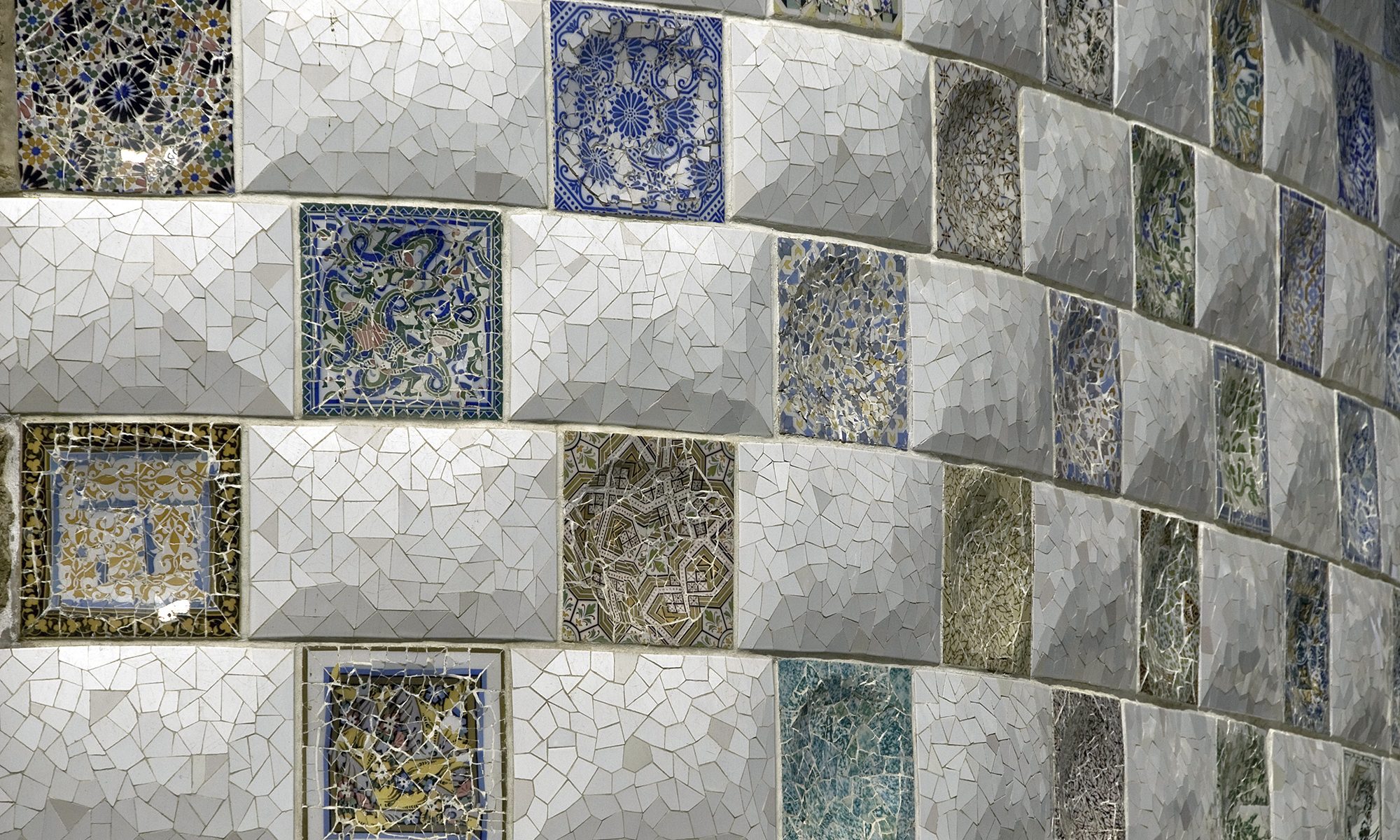 The above photograph is another simple detail of the Art Nouveau style of Gaudi’s architecture. I like the contrast of white tiles and colourful mosaic patterns that this park is famous for. This is a small section of the mosaic work that can be seen at the park’s main entrance. Built between 1900 and 1914 it was originally part of a commercially unsuccessful housing site, the idea of Count Eusebi GÃell, whom the park was named after.