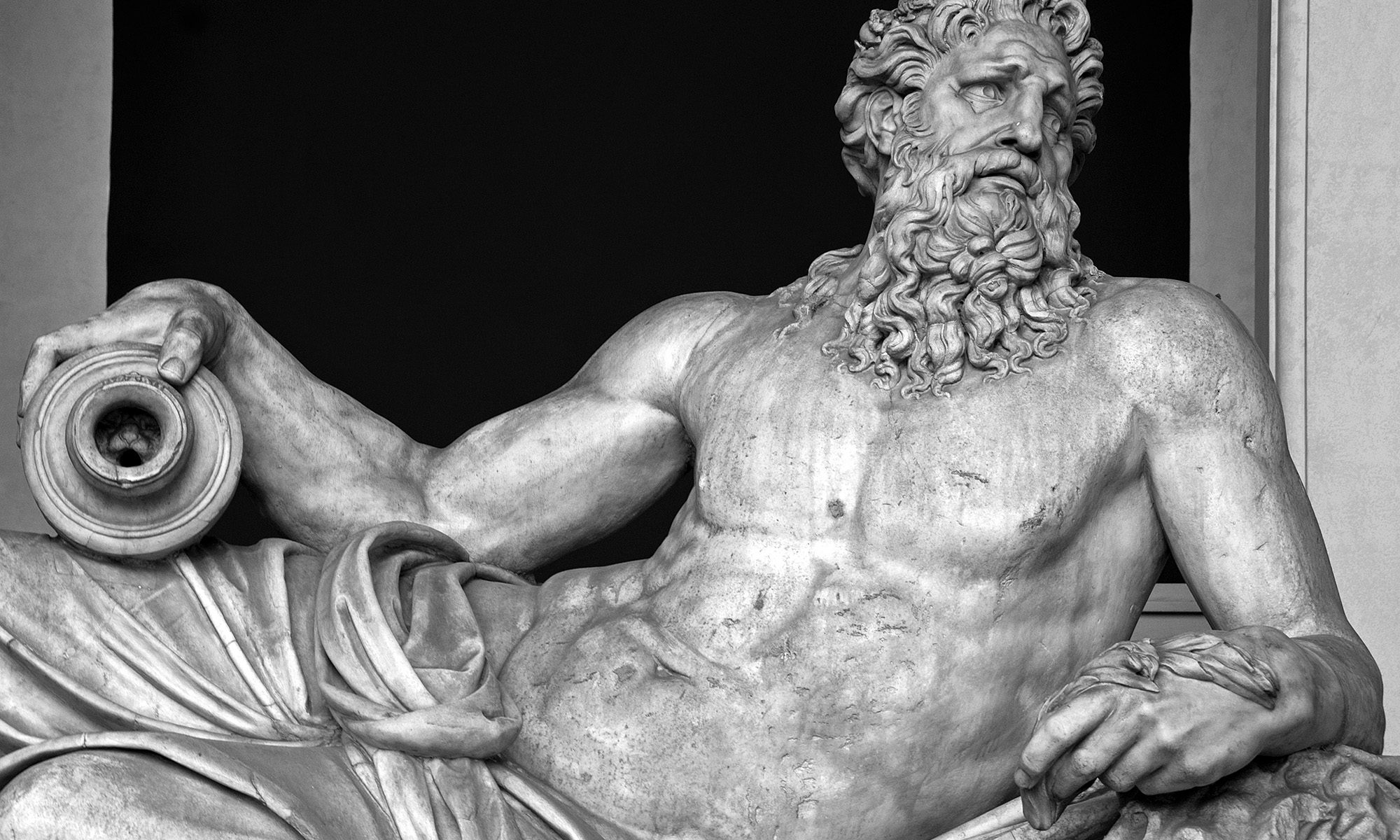 This statue was photographed in the Vatican Museums in Vatican City, Rome. So-called Tigris or Arno, there appears to be some disagreement as to which river this statue was intended to represent. This reclining pose is characteristic of river gods, derives from a Hellenistic original and is dated to the time of Hadrian. It was extensively integrated in the 16th century, when it was used as the upper part of a fountain in the Courtyard of Statue. As soon as I saw this I felt that it would make for a strong subject for a black and white photograph.