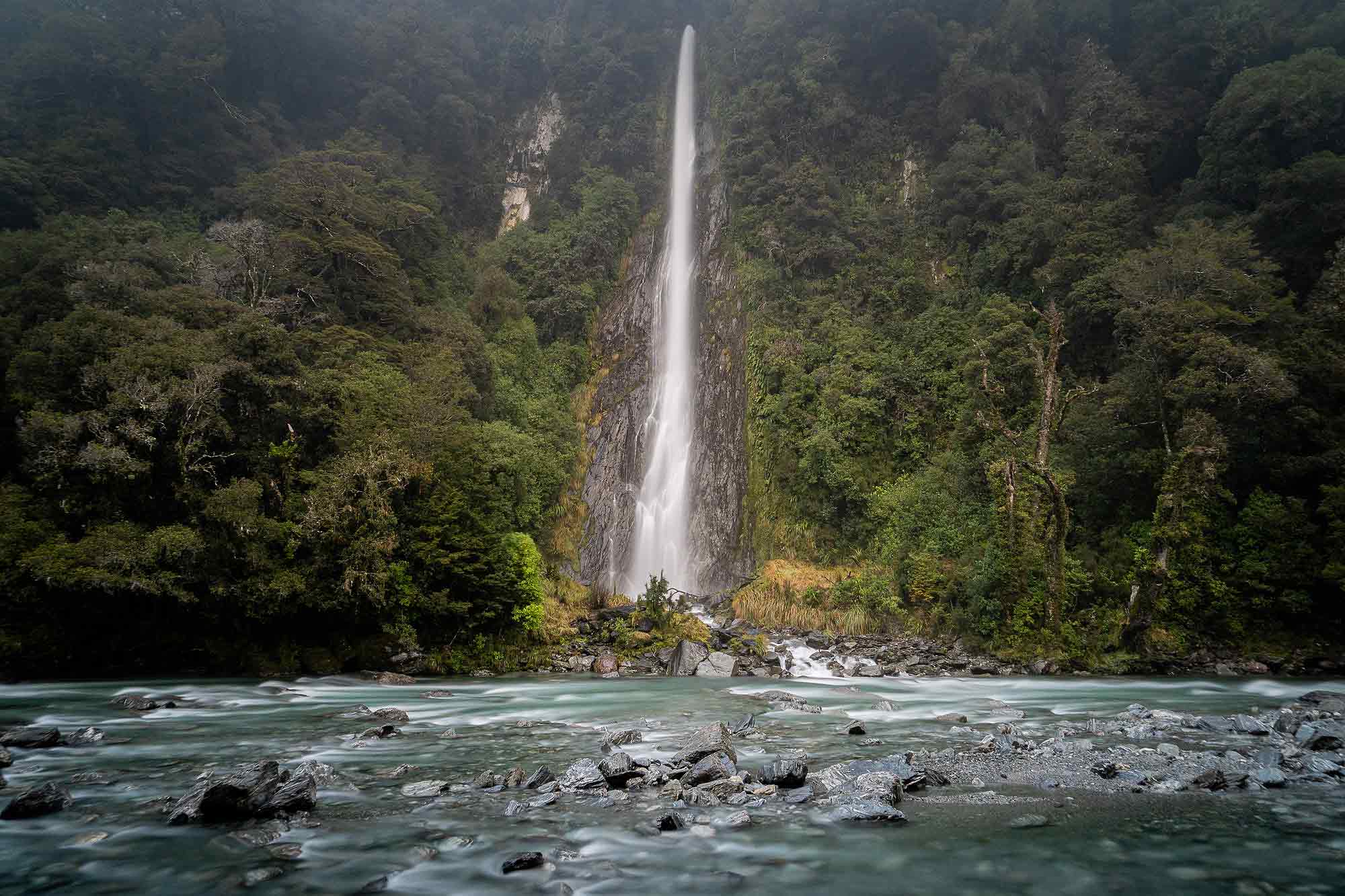 This waterfall has been on my list to revisit for nearly 10 years. Back in 2013 I had an extremely wet visit to the Thunder Creek Falls. It rained so hard that even with the camera in a waterproof bag it stopped working after two shots. Revisiting it meant many extra hours of driving. Fortunately it was up the West Coast of the South Island which is a spectacular drive. It was raining when I took this photograph. Using a 30 second long exposure I was lucky not to get too much rain or spray on the lens. This is a 28 metre tall waterfall. It is great to revisit locations like this with more time and better equipment. When comparing the two photographs it’s clear to me which had more thought go into it and which was a quick snap shot.