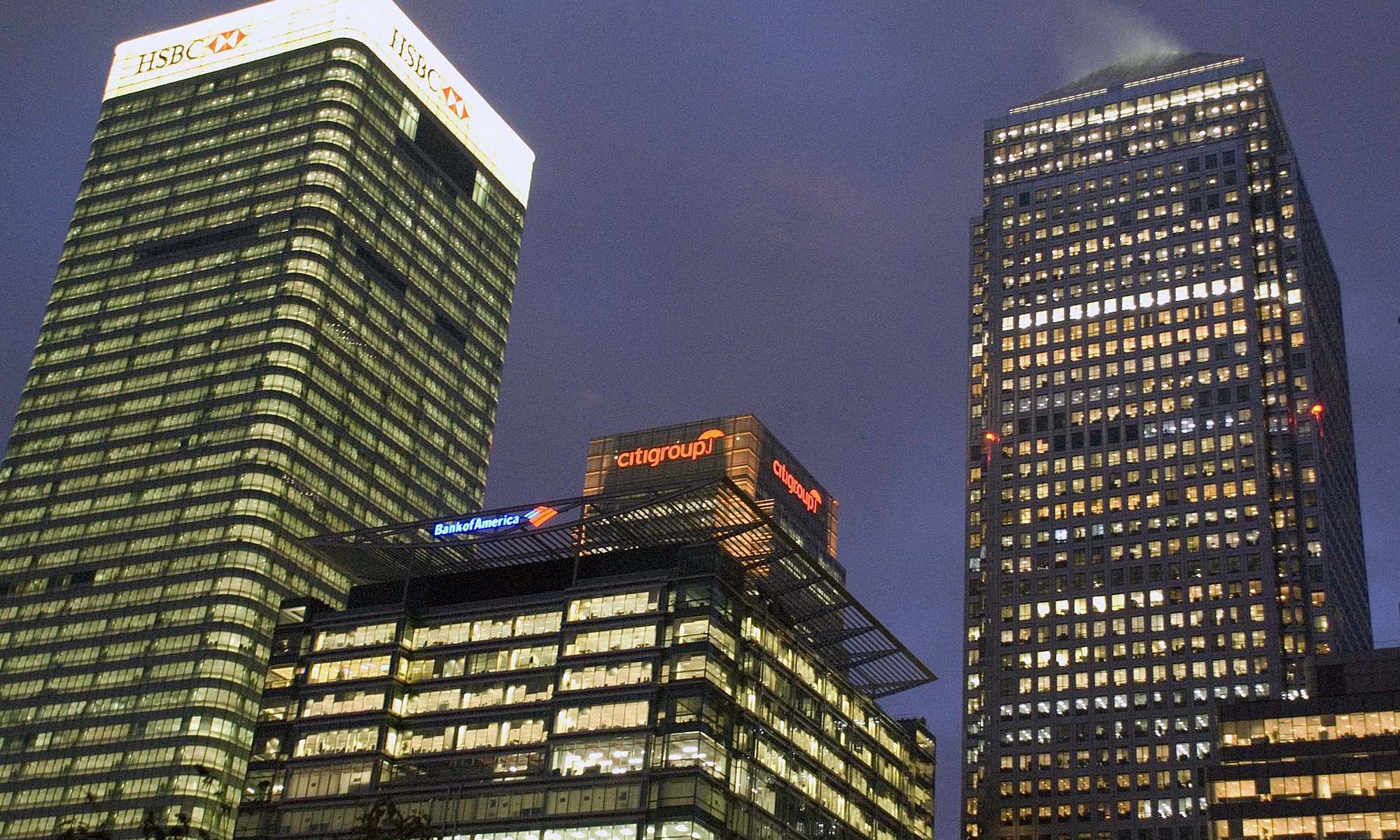 This image was also taken on Friday 5th January 2007. Studying this photo I was convinced it was three skyscrapers but after a bit of Wikipedia research I found out this picture shows four skyscrapers. The Bank of America building is much closer to the camera and the Citigroup building is the furtherest away. It is strange how the angle you take pictures at effects the perception of a situation. The height of the Citigroup tower and the HSBC tower is exactly the same, they are the joint second tallest buildings in the UK. The tallest, One Canada Square (commonly known as Canary Wharf Tower) is pictured to the right with what appears to be smoke coming from the top of the building.