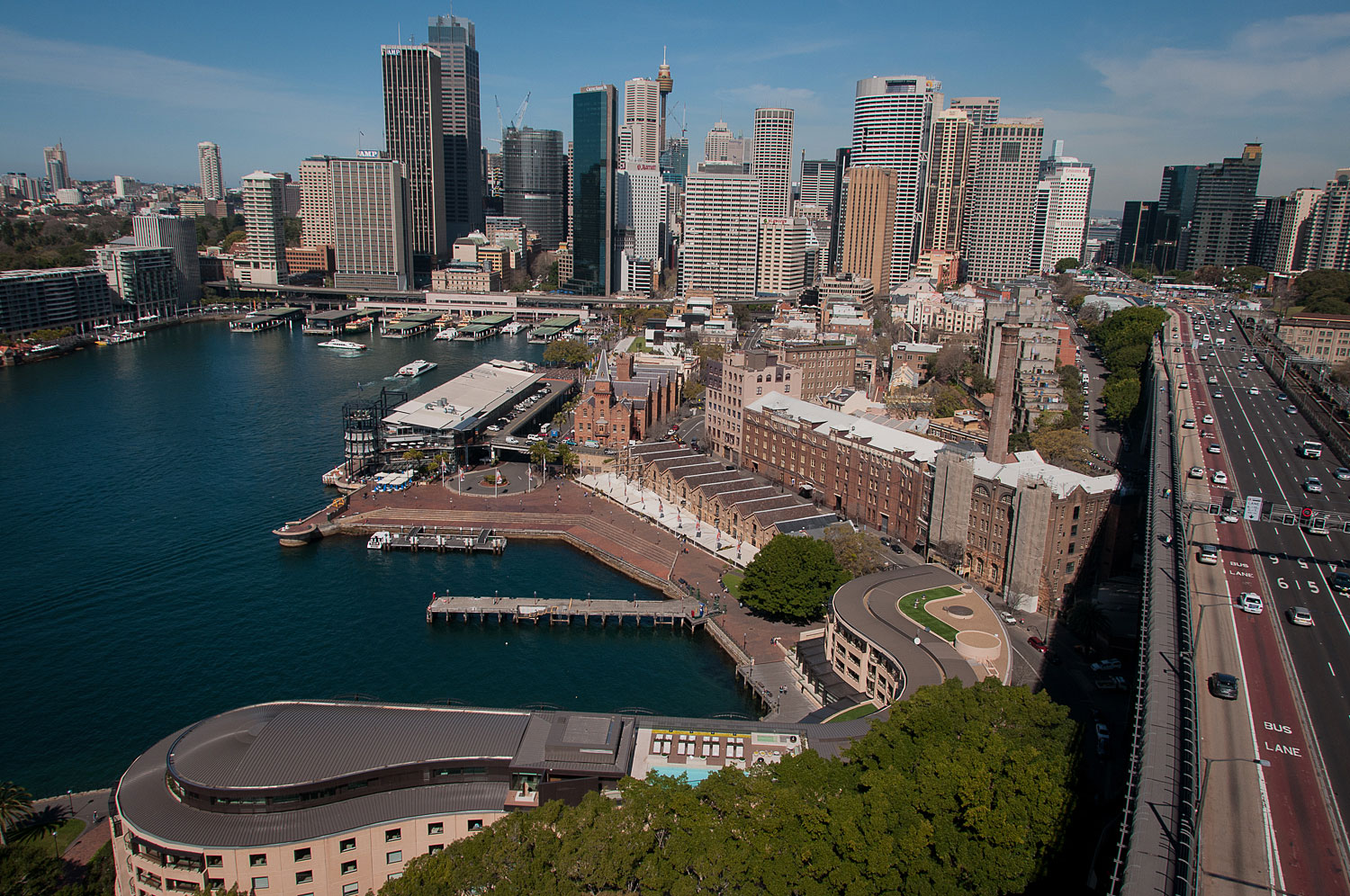 Before traveling to Sydney I had done some research on various view points around the harbour and in this case it paid off in a big way. The above photograph was taken from the Sydney Harbour Bridge. There are two ways you can get up high. Most people do the Bridge Climb which at £130 was a little out of my budget, especially as they do not allow cameras! Other options include taking a helicopter which would be even more expensive, although it would take me higher. Finally, I found that you can go to the Pylon Lookout on the bridge for just £7 and take your camera. That is where this photograph was taken from which is much closer to the Rocks area of the city than the bridge climb.