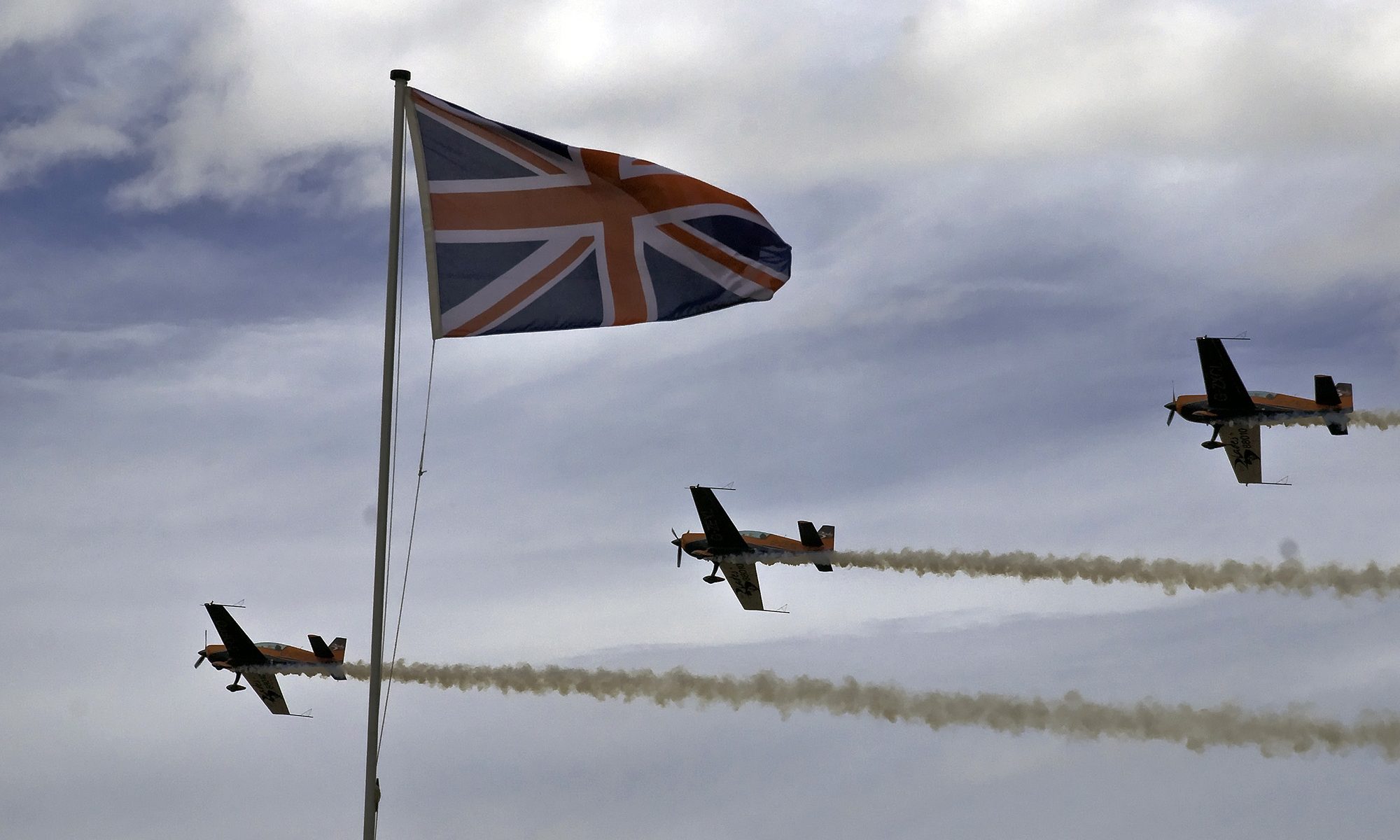 I am getting excited about this weekend. It is becoming extremely busy here at the flat, but this weekend I am hoping to take some interesting photographs and start a new journey. In the mean time, there is a photograph of a new aerobatic team called “The Blades”. The story goes that two ex RAF Wing Commanders started a business called 2Excel in 2005. The provide an extremely unusual service, being the only commercial airline and stunt display team. In other words they are four pilots, mostly from Red Arrows fame, who fly the public while performing stunts. Obviously, in the above demonstration they didn’t have public on board, but day to day they do. When I took this photograph I was running to get a burger because I was very hungry. This did mean that I missed out on a minute or two of the display. But when returning to my position at the front of the barrier, I saw this Union Jack flag and thought with the right composition and planes in the background, a photo could be made.