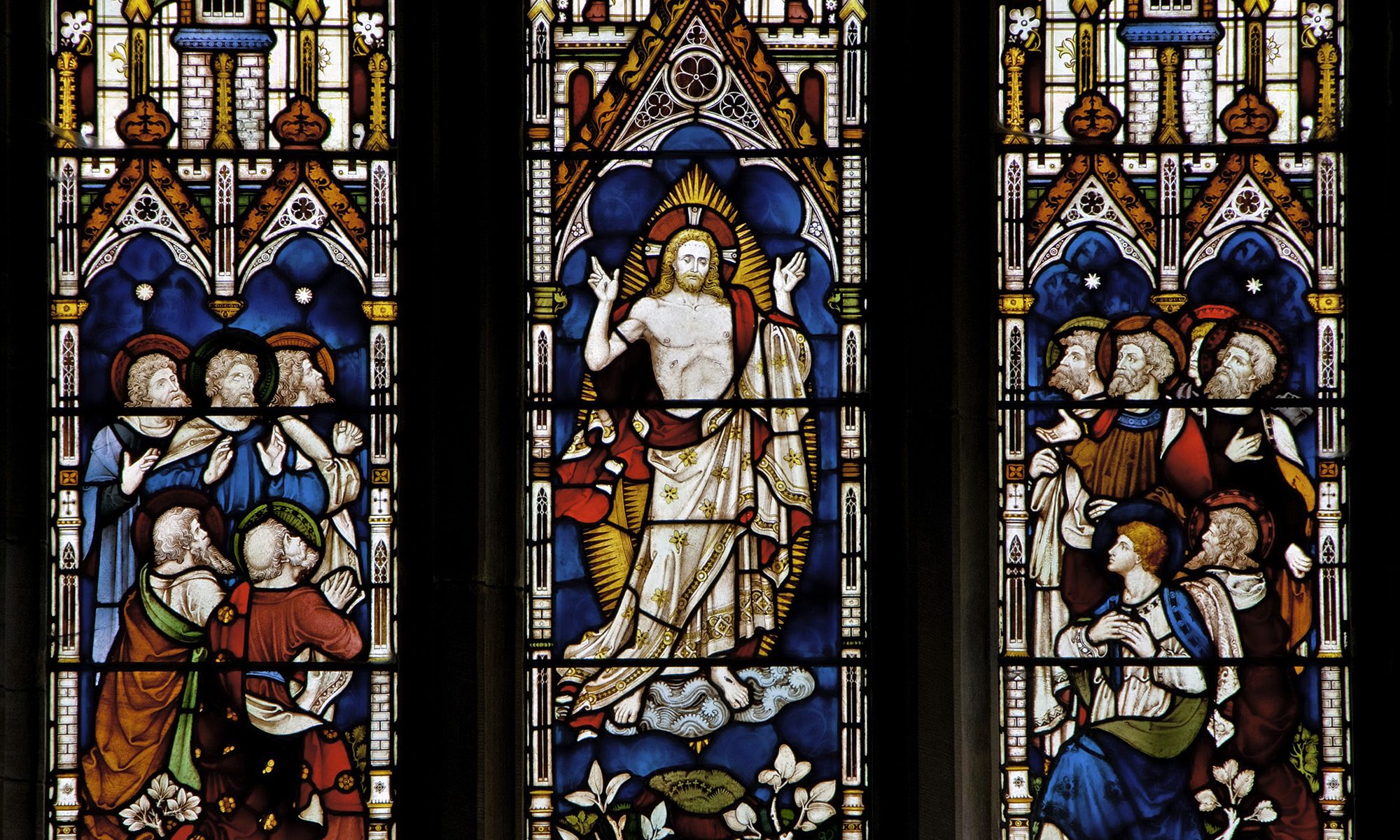 This is the main section of the large and ornate east window of All Saints’ Church in Orton in Cumbria. The building dates from the 13th century but has had several restorations and much of the stained glass is relatively modern and in perfect condition. This makes photographic studies of works of art very worth while. The above example was produced by Clayton and Bell, one of the most prolific workshops of stained glass during the latter half of the 19th century in England.