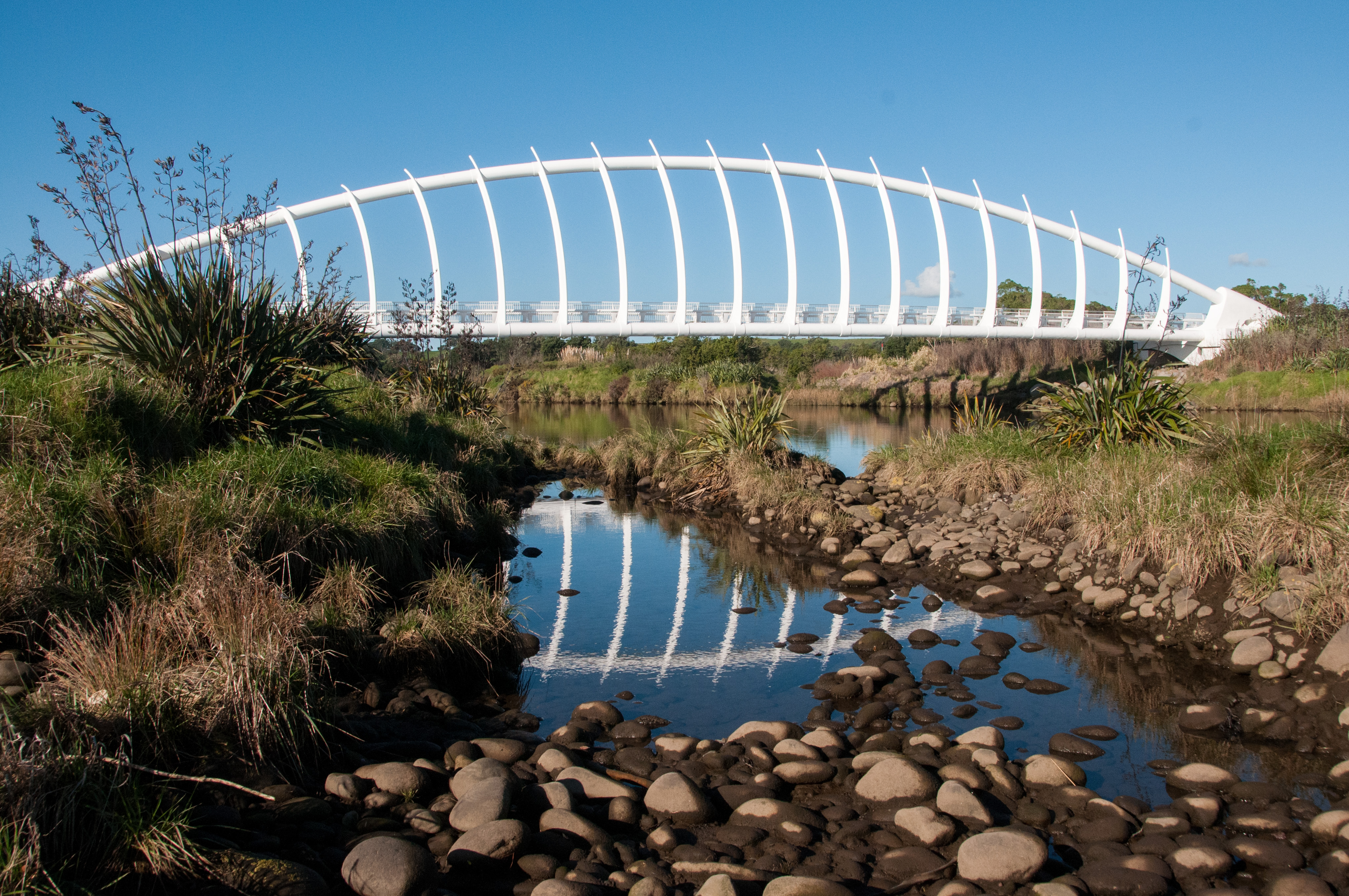 This striking, modern bridge is in New Plymouth on the west of New Zealand’s north island. It’s only 5 years old, opened in June 2010. It’s a pedestrian and cycleway only and was designed to invoke a sense of wind as a metaphor for the enduring spirit of the dead buried around this area. It was designed by Peter Mulqueen. So the bridge crossed Waiwhakaiho River and is a steel arch bridge. To give you an idea of scale, this low down image was taken on the banks of the river to get some reflection of the bright white of the bridge on the water. Between the top of the water and bottom of the bridge is about 4.5 metres and the bridge is about 70 metres long.