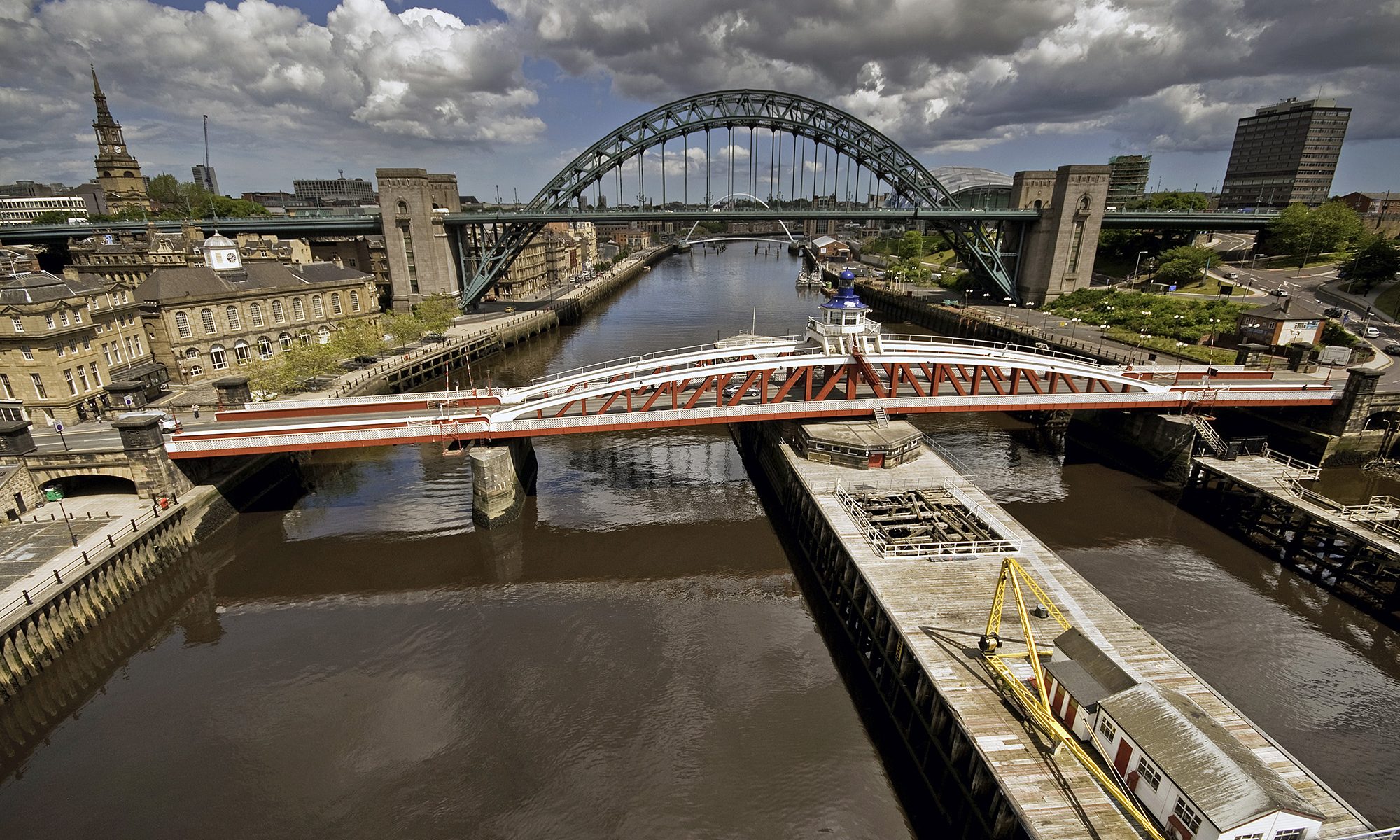 Welcome to Newcastle upon Tyne! The River Tyne can be seen in the photo above along with three of the city’s most famous and historic bridges. This river separates the city of Newcastle on the left of the frame from Gateshead to the right. I will start with the Tyne Bridge as it is one of the main symbols of the city. This is the green coloured arched suspended-deck bridge at the top of the photograph. It was opened in 1928 and has a clearance of 26 metres from the water.

The red and white bridge in the foreground is the original bridge over the River Tyne and as it’s name suggested it’s a swing bridge. This means that it can rotate to allow ships to pass. It was opened in 1876 and stands on the site of the Old Tyne Bridges of 1270 and 1781. To take this photograph I was stood on the High Level Bridge and in the background behind Tyne Bridge you can see the very modern white footbridge called the Gateshead Millennium Bridge.