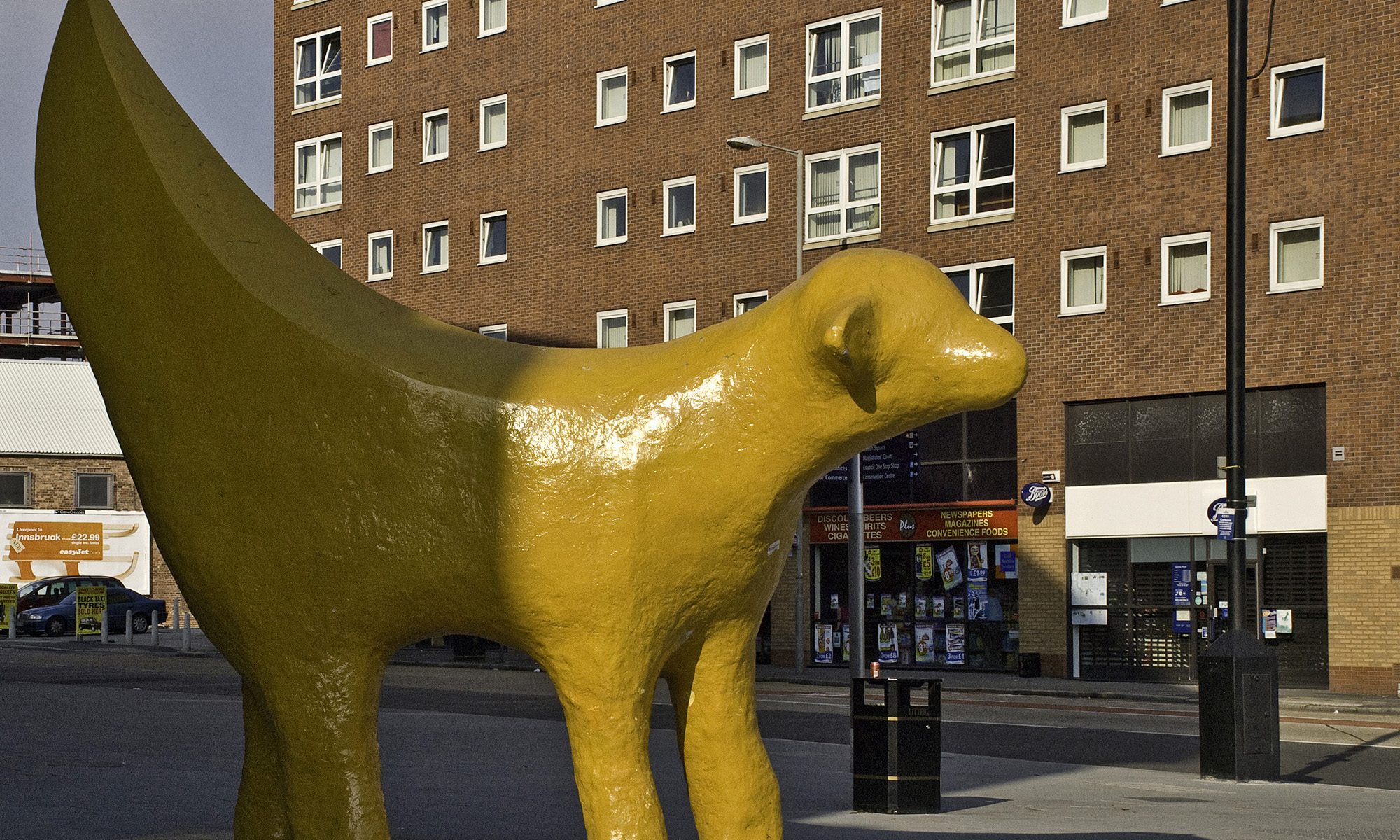 Taken in Liverpool city centre a couple of years ago, this huge sculpture is called the Superlambanana. He is 17 feet tall and weighs in at just under eight tons. The Japanese artist Taro Chiezo intended it to be a cross between a banana and a lamb. It stands outside the John Moores University Avril Robarts Library on Tithebarn Street. It is a shame that it was in shadow on the day I took this photograph, but I still wanted to share him with you.