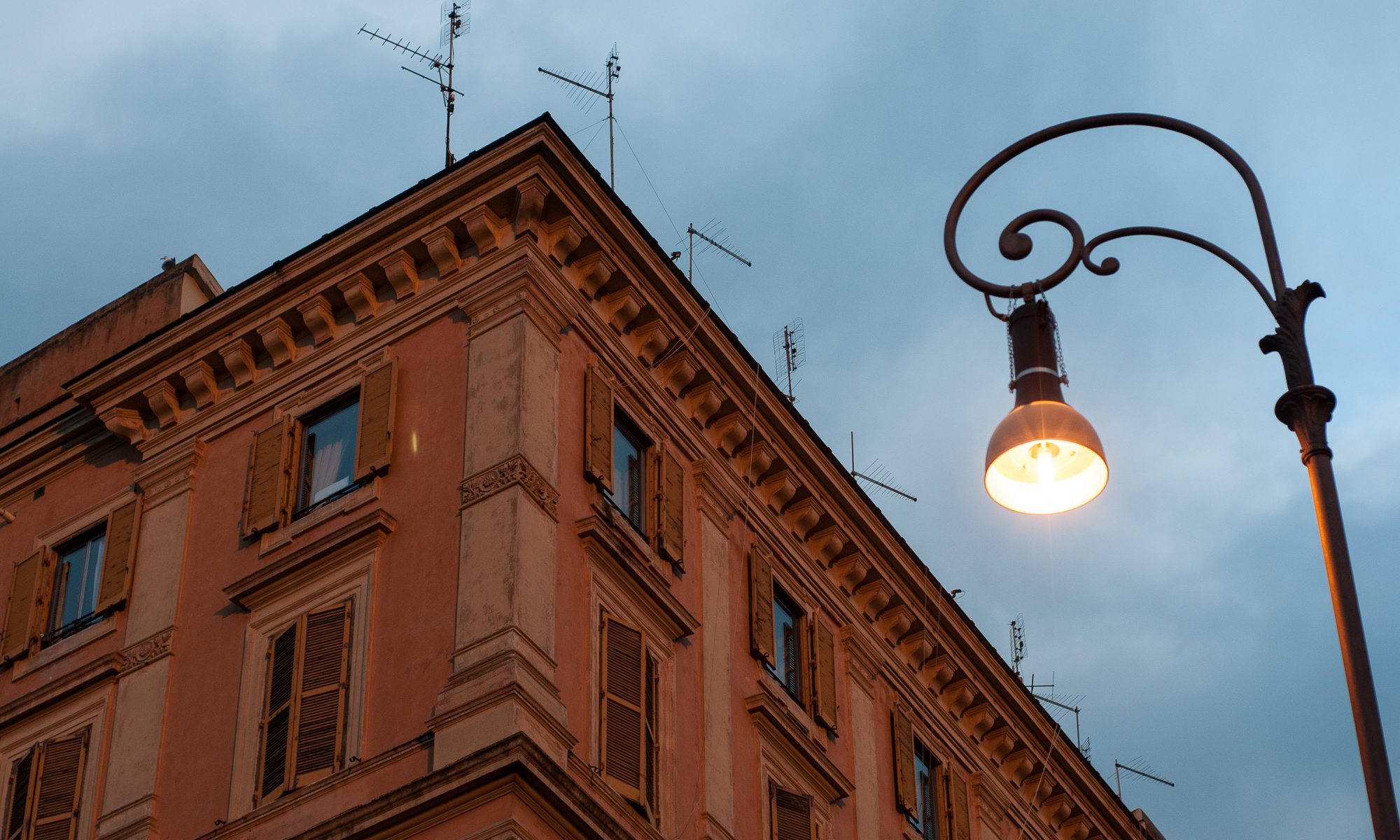 Near the world famous Colosseum in Rome I stopped outside the Oppio Caffe on the corner of Via Nicola Salvi and Via del Fagutale to compose this photo of the a traditional Roman street lamp with the classic Roman architecture in the background. It is a shame about the number of television aerials on the roof of the building, which I find a little distracting. I often have a dilemma about whether or not to leave them in or edit them out, but most of the time I like to keep my photograph as it was.