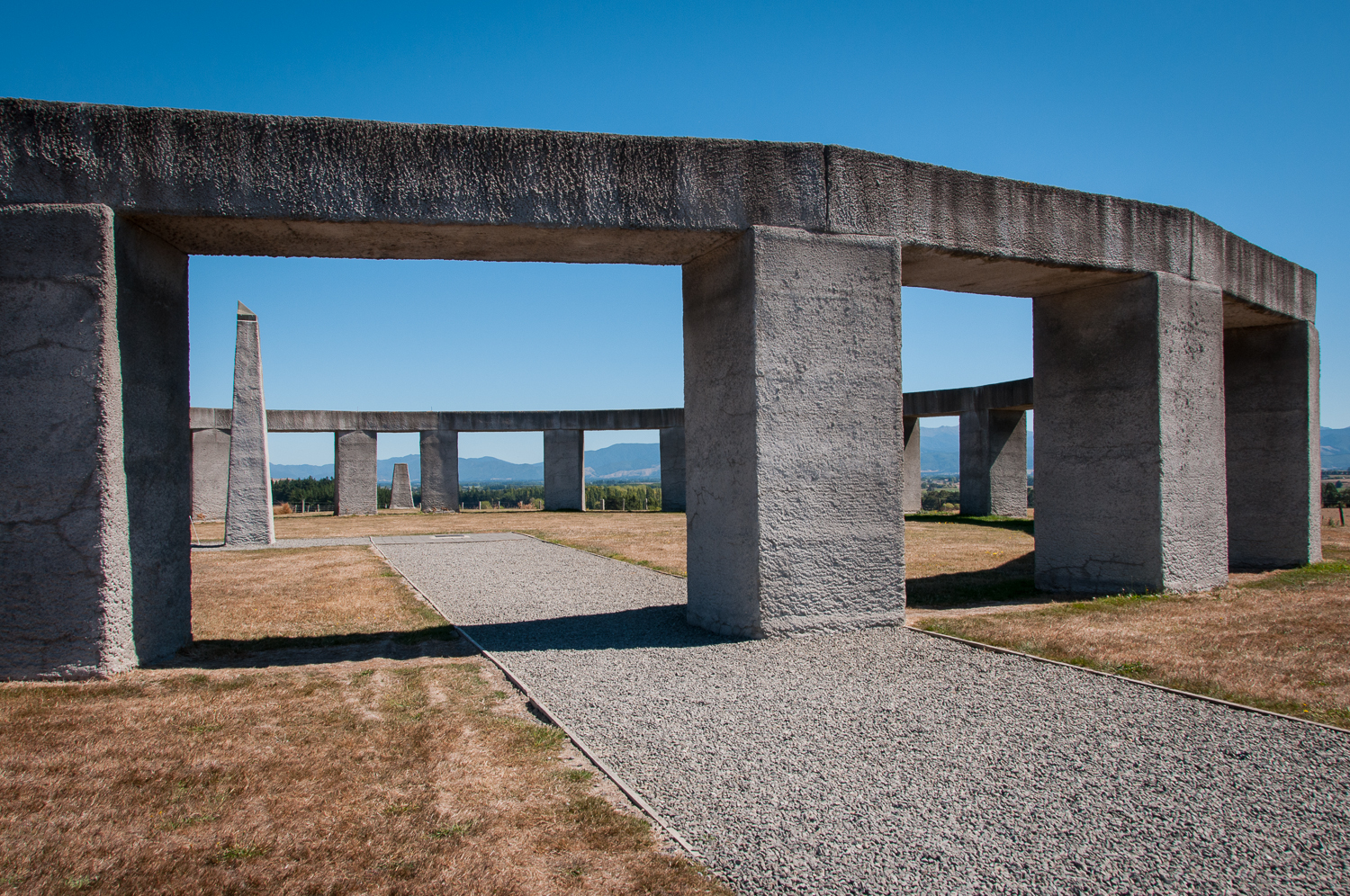 Driving north from Wellington on my way to Napier I was looking for somewhere to stop for lunch. Seeing a brown sign saying “Stonehenge Aotearoa” I was intrigued. Last June before I left the UK, Stonehenge was one of half a dozen places that I visited. So this sign couldn’t be ignored. Having never heard of it I had no idea what to expect. It was built by members of The Phoenix Astronomy Society in what seemed to be a farmers field. Basically this is New Zealand’s modern adaptation of the ruins on the Salisbury Plain back home. Obviously it is made of concrete and some might say it looks ugly. What I found must interesting was learning how the 24 pillars and the obelisk in the centre were used to track the movement of the stars.