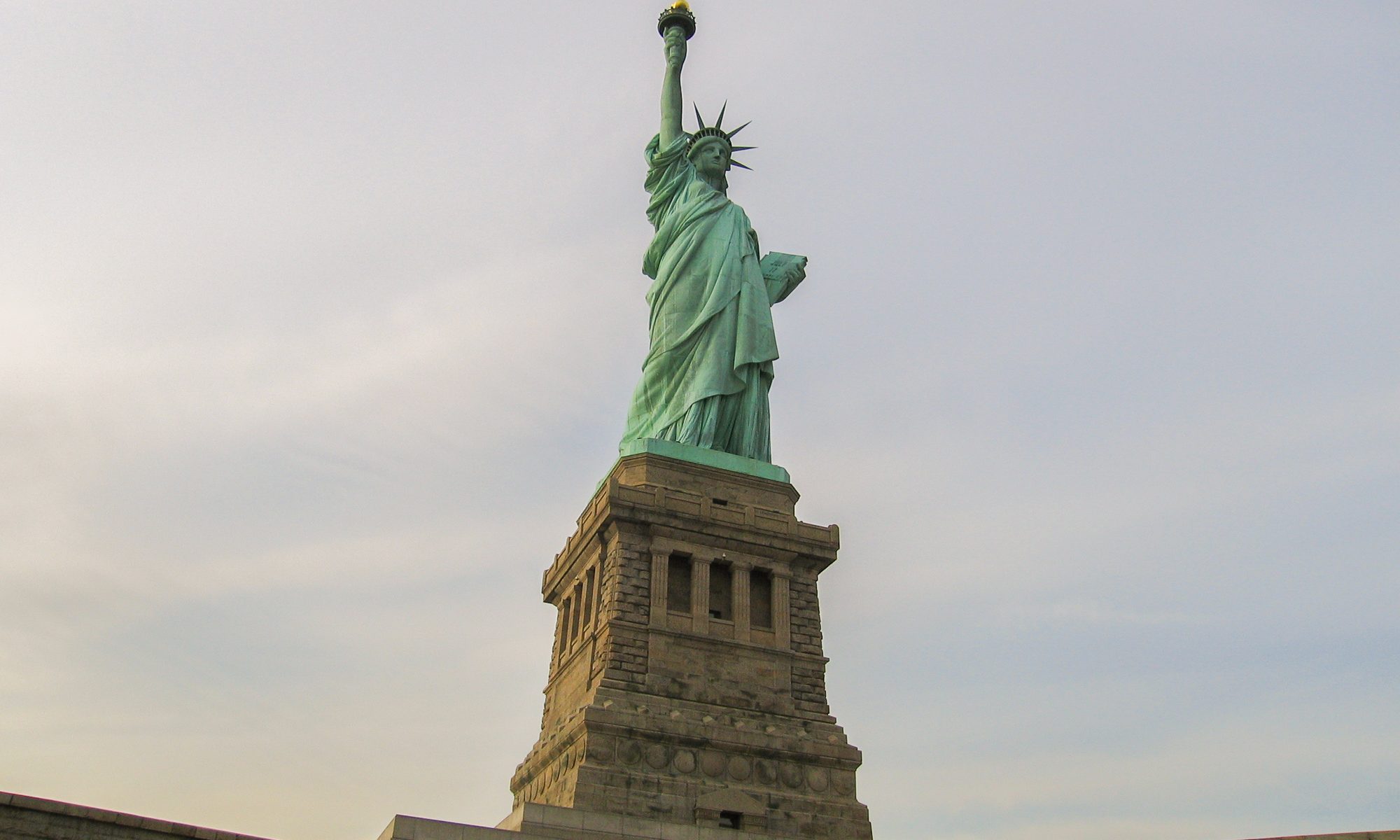 Got up early and walked down to Time Square after breakfast. Took a few photos of Time Square in the day time and then jumped on a coach for a movie tour of New York City. Never realised just how many films are shot in and around New York. The tour ended about lunch time so I got the subway downtown to the Ferry. The group got the last ferry out to Liberty Island and I took a few photographs of the Statue of Liberty and views towards New York City from the island. We took got the ferry back to Manhattan and then subway back to the west side YMCA. That evening we all went to a Broadway Musical called Avenue Q which was basically an adult version of the Muppets and was extremely funny.