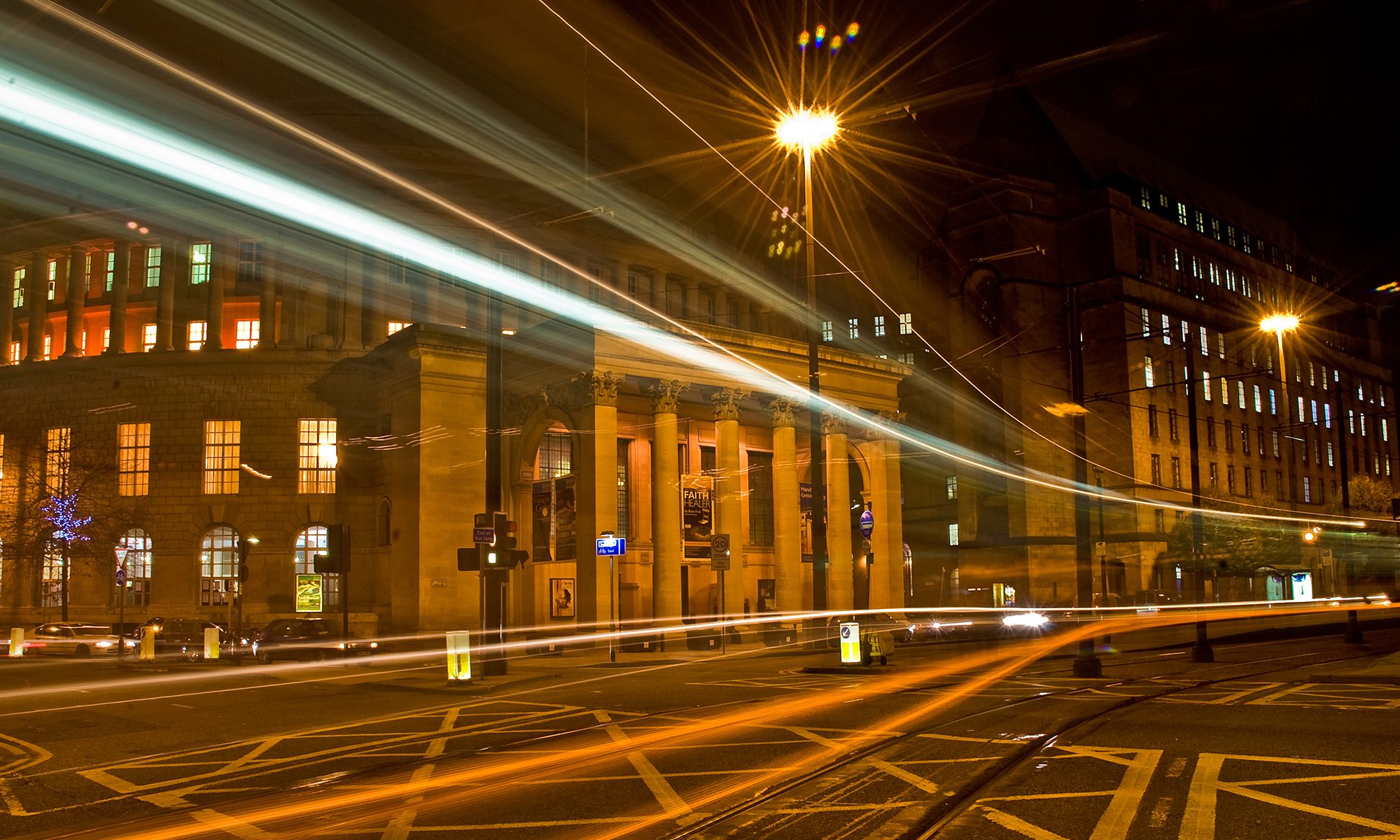 This was a long 25 second capture of St. Peter’s Square taken about at half six in the evening. The building in the background is Manchester’s Central Library and the streaky lines of light are caused by a Metrolink Tram. I have taken pictures from this spot before, but never at night with the support of my tripod (a necessity for night time photography).

Setting up my camera I watched the sequence of the traffic lights and how long the lights took to change from the car to tram traffic. As soon as the lights went red for the cars, I had worked out that if I used a 2 second self timer (on the camera), the camera would then take the above image with a 25 second exposure, capturing the tram as it passed all the way across my image, as you can see above this worked how I wanted it.

Next time I am in this location my aim is to try slow sync and rear sync flash techniques. Here the camera would give a nice long 20-30 second exposure and then fire the flash just before closing the shutter. If I got the timing perfect the image above would look similar but you would be able to make out a ghostly image of the front of the tram, fingers crossed.

I thought as a nice contrast to the above photograph (taken after the Nikon Expo on Wednesday), you would enjoy seeing a similar capture taken at the being of the year in the daylight. I find it amazing how a city centre takes on a whole new look, feel and identity at night.