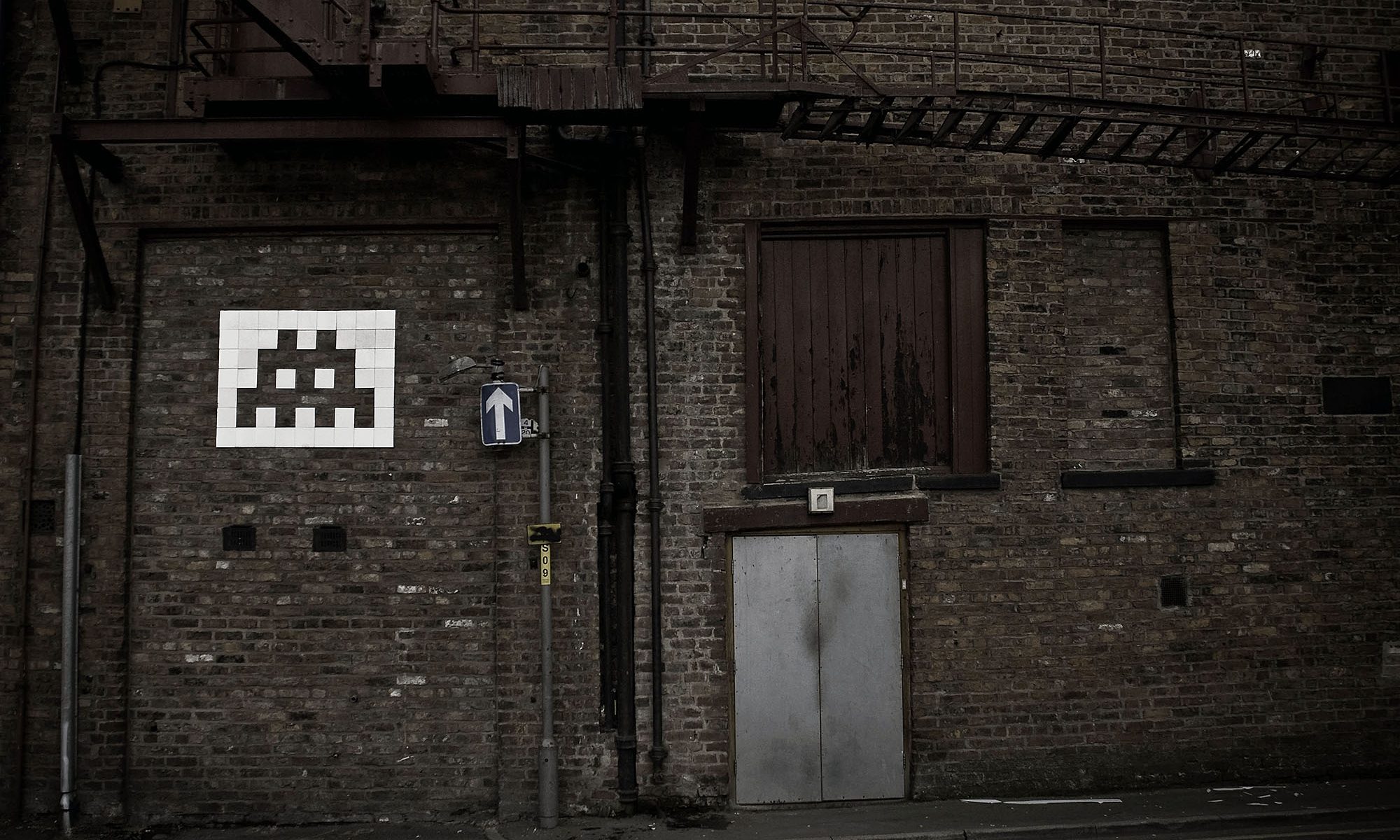 The Space Invader graffiti is something which has been on my huge list of “things to photograph” for well over a year now. The graffiti artist is a French man who calls himself the “Invader” and has installed his style of urban artwork in over 35 countries, on all five continents in the past eight years. According to his website there are 47 installations in Manchester, I know of about six but the one in the photograph above is my favourite.

My aim is to experiment with locations, types of photography and styles of post processing. The above photograph is heavily post processed to reduce saturation (colour information) and add a darker feel to this image. In my opinion it works very well with this type of picture – by that I mean street / urban photography. This is my second attempt. A previous photo, edited in a similar way was the Pig & Whistle pub in Liverpool. This style is something I wouldn’t want to do to every photograph, or even the majority, but as a set of urban photographs.