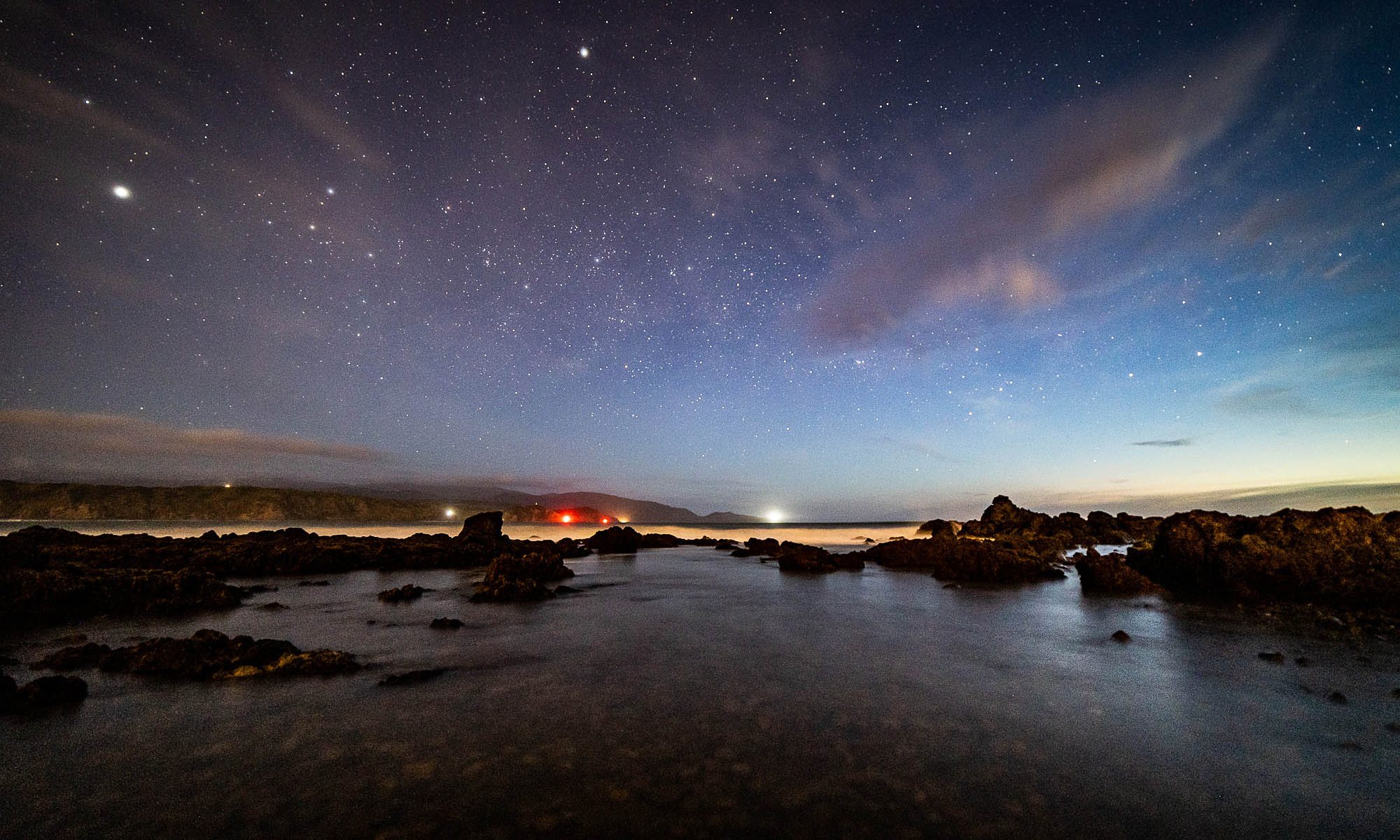 I captured this astrophotograph near Point View Breaker Bay. Taken at about 10pm at night in early December. With some clouds in the sky, I’d wondered if the camera would capture any stars. With a 15 second long exposure time, the camera captured thousands of stars I couldn’t see with my eyes. The bright star on the left is Sirius, the brightest star in the night sky. The one in the upper middle is Canopus, the second brightest.