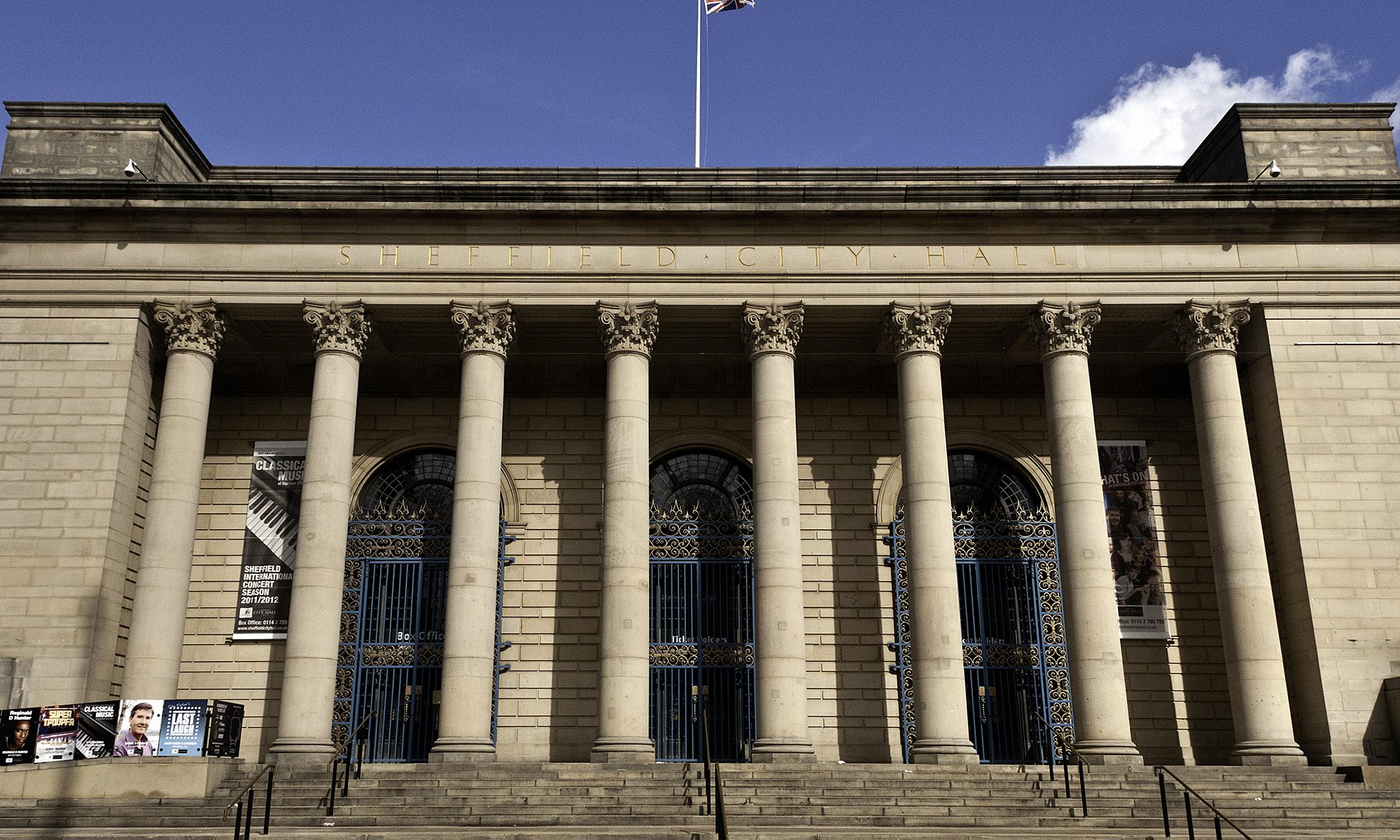 Sheffield City Hall is an oval Concert Hall and Grade II listed building in Sheffield, England. When I photographed it I was under the impression it was some type of government building, but now looking closely I see the concert posters on the hall in the lower left corner of the frame. This picture was captured stood in the refurbished and re-developed Barker’s Pool, a central square which also contains the city’s War Memorial.