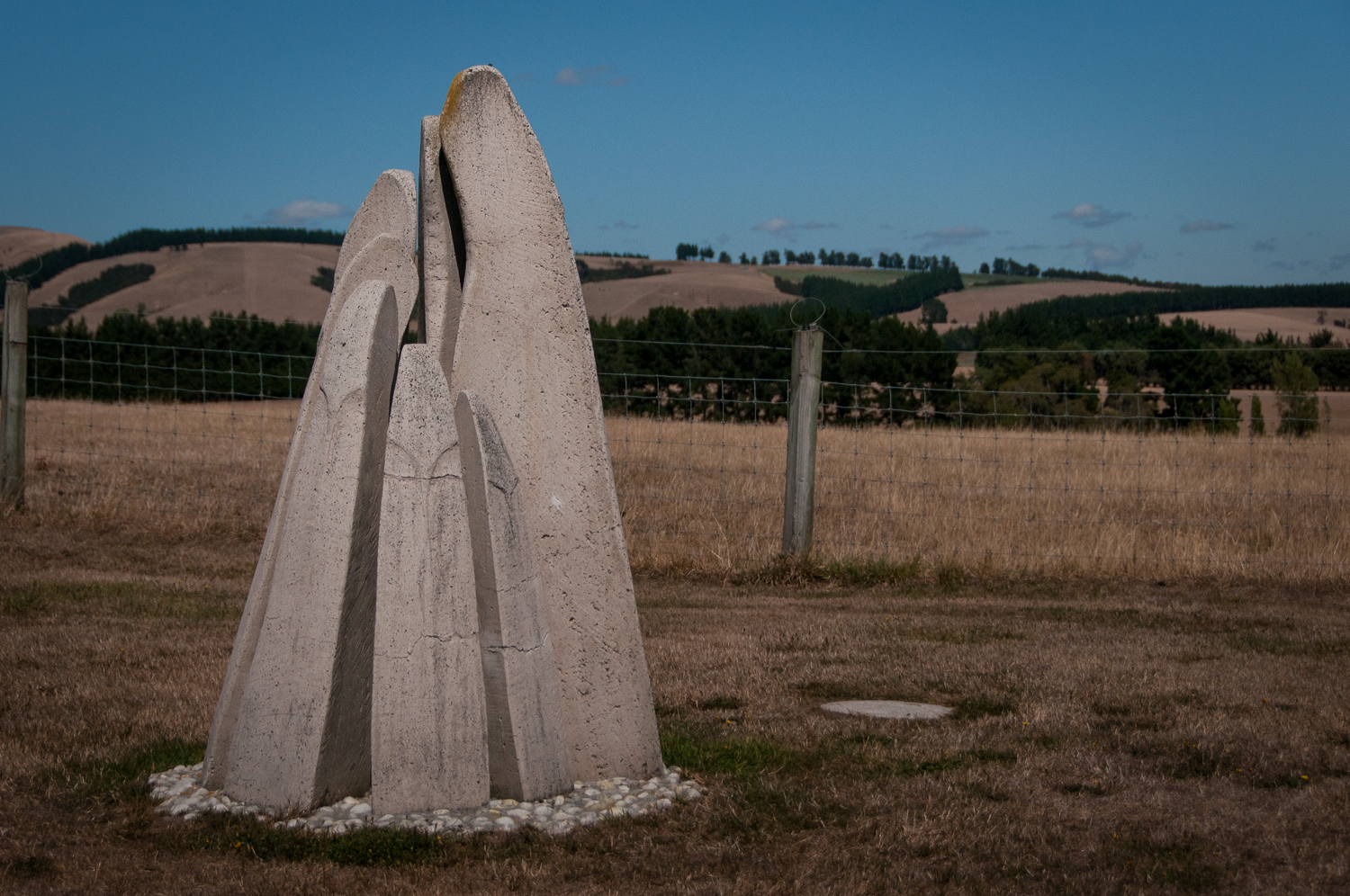 These seven stones are sculptured to represent seven female figures, which face  each other in the form of a koru. This was found next to Stonehenge Aotearoa in  New Zealand’s North Island. In astronomy the Seven Sisters are the Pleiades star  cluster. At first glance this sculpture looked like seven oddly shaped stones  leaning against each other. On closer inspection you can see the subtle female  shapes of the seven stone sisters.