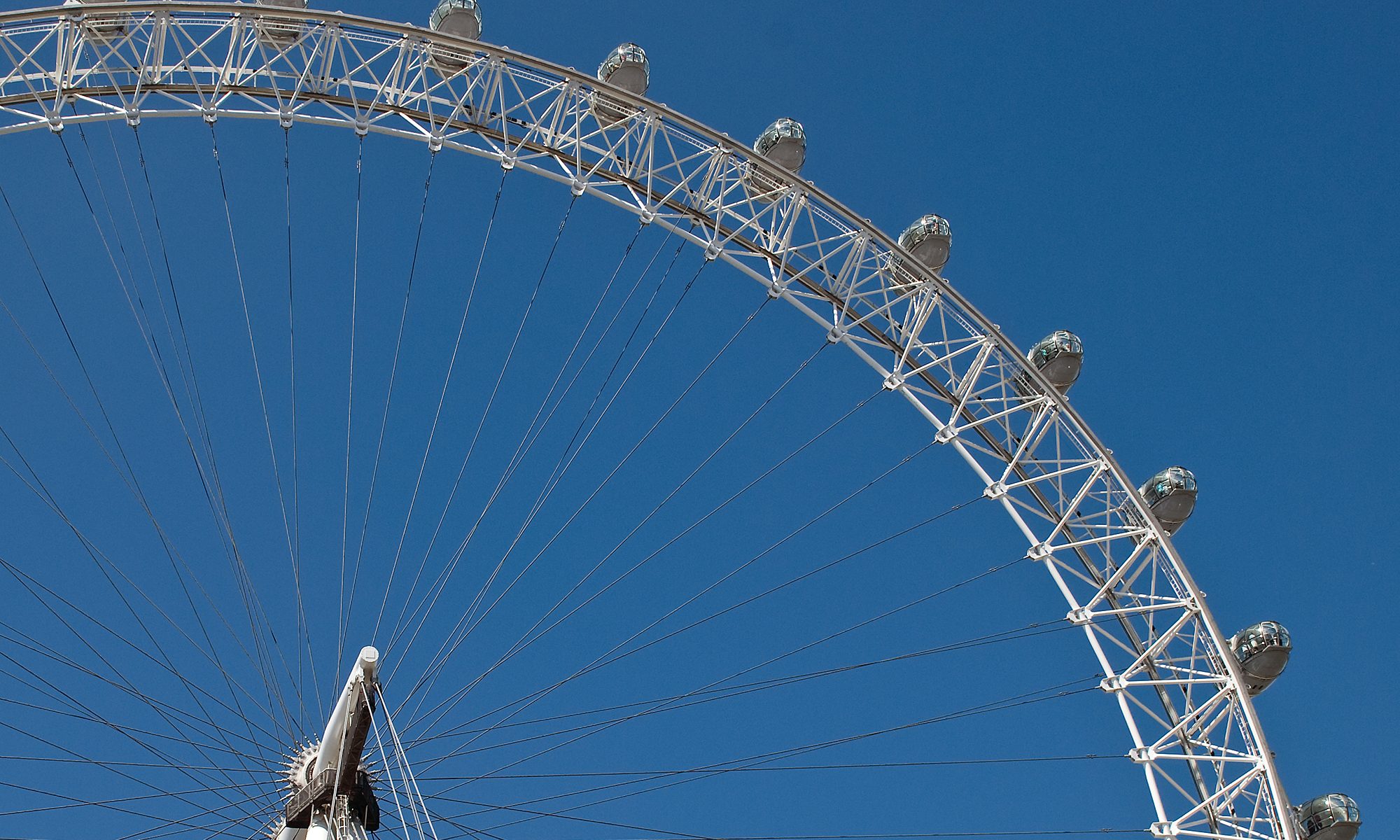 A friend and I were looking through last years London photographs and I noticed to distinct lack of images featuring the London Eye. Also known as the Millennium Wheel, it is one of the largest observation wheels in the world and the UK’s most popular tourist attraction, visited by over 3.5 million people a year. To me it almost looks like the wheel of bicycle but this wheel is 135 metres (443ft) tall. The small capsules in the photo are large enough to hold 25 people and although we only see ten in this cropped section there are 32 capsules around the whole wheel.

In January it was very cloudy and overcast but I took a lot of the wheel and when I was back there in May it didn’t seem like something I should focus on, which was a mistake because we had a few beautiful days with blue skies. I have been on the wheel soon after it first opened and I am really wanting to go on it again, unfortunately it won’t be on my next trip down to the big city because of time constraints, maybe I will have to take the train down for the day just to go on the wheel and to share the photographs with you.