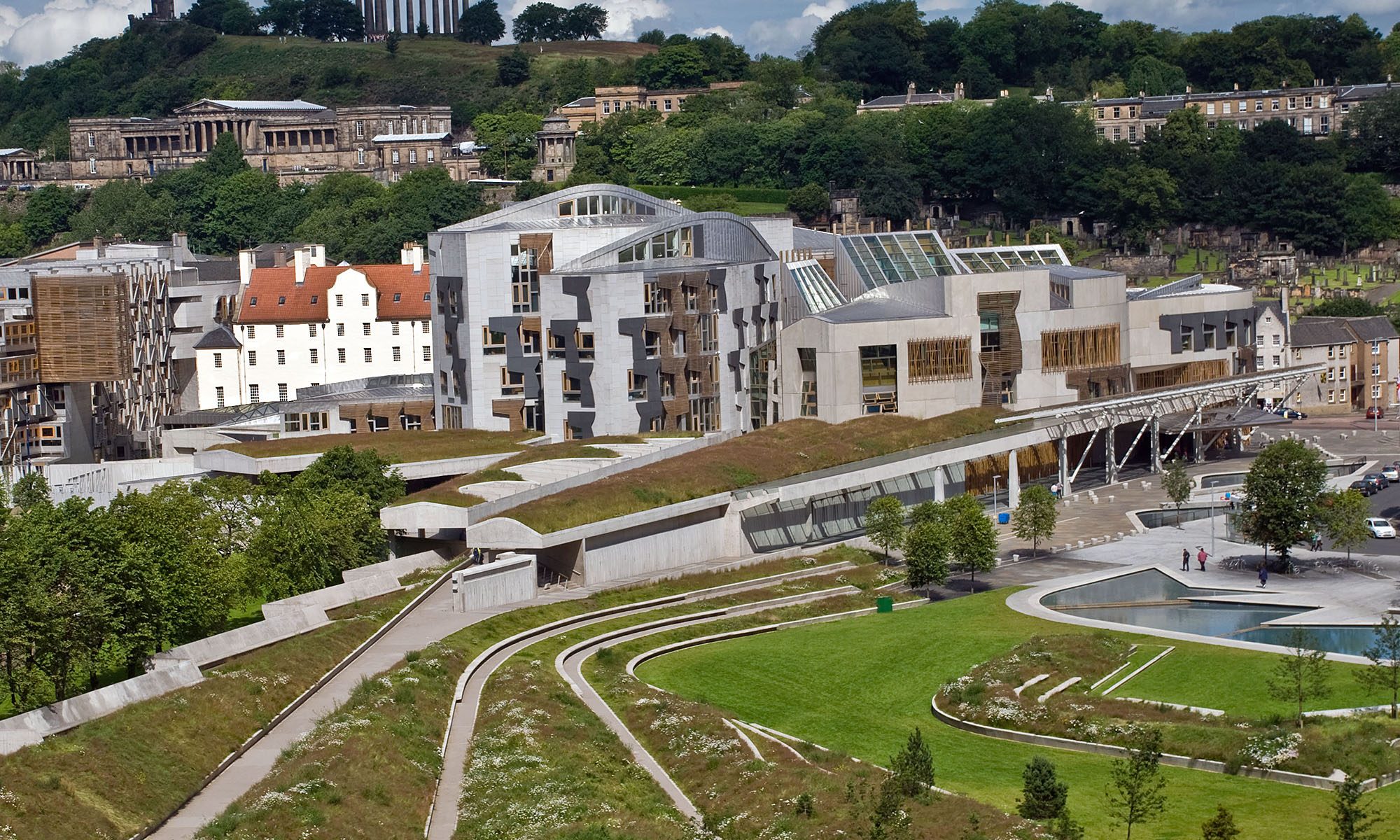 The photograph above shows the Scottish Parliament buildings in Edinburgh seen from the Salisbury Crags, just below the Radical Road. This is the second time I have walked up the Crags, but this time I feel I got much better shots. On the left is the wing with the thinking pods. Queensberry House (white with a red roof), a historic building, was incorporated into the parliament site. Just above Queensberry House, on the slope of Calton Hill, is the Royal High School which is the old stone building (with pillars), a prior candidate for housing the parliament. On top of Calton Hill you can see the tower of Nelson’s Monument and to its right the National Monument. I took the above photograph last month, it was just about to rain although the sun was still out. So I managed to capture this strange lighting that gives the image the strong blues and greens of the sky and grass. This is a very expensive but interesting building which caused, and still causes a lot of controversy since it was opened in 2004.