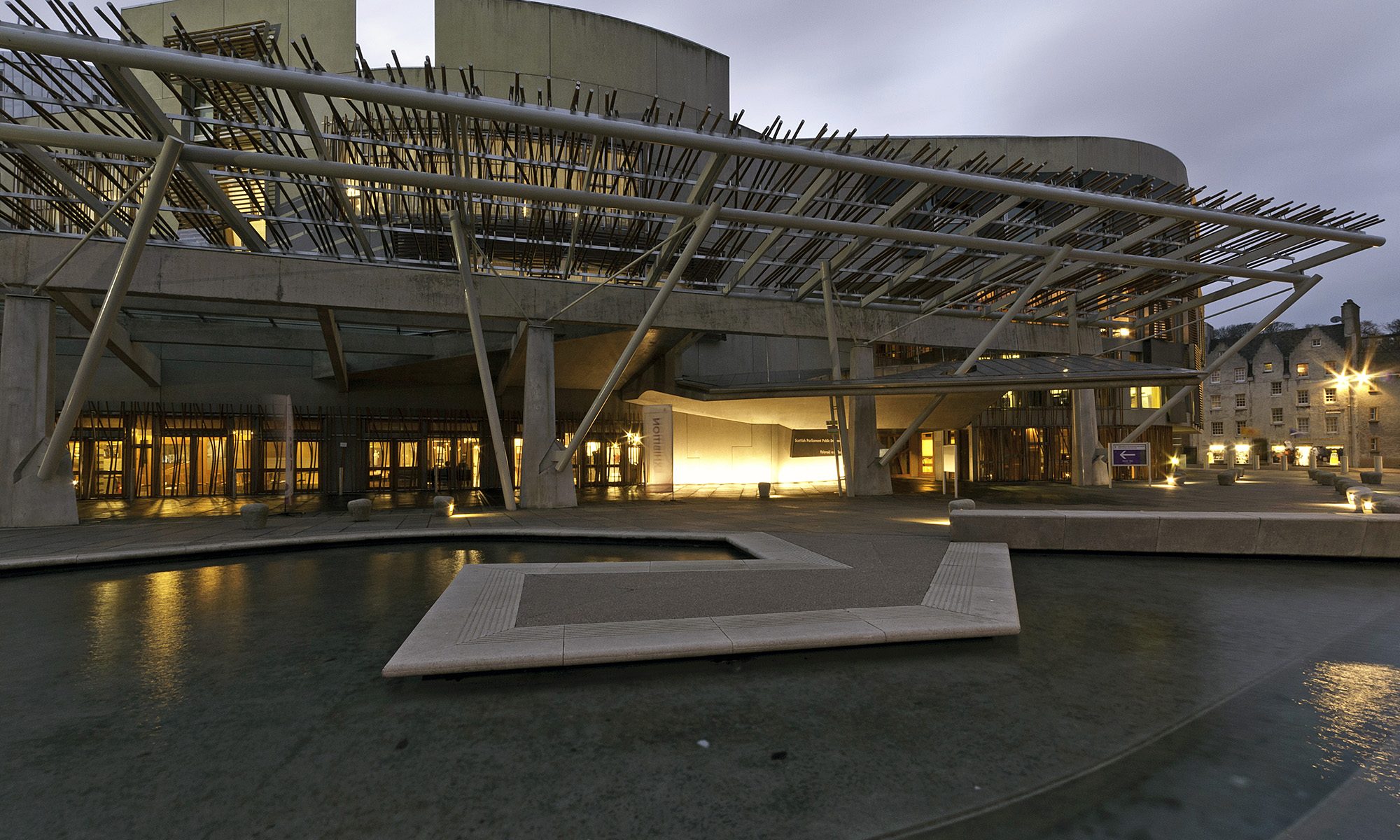 This was my second attempt at a photograph of the Scottish Parliament building at dusk. Two years ago when I was last in the city this view was completely fenced off. Fortunately I could now stand here to get this image. That was until I saw a television film crew standing right where I wanted to be with my tripod! After speaking to the officer in charge outside the main entrance of the parliament building I waited patiently until they seemed to have finished their filming (or at least have taken a break) when I could quickly jump into their shot with my wide angle lens and capture the dusk photograph I wanted. Should have come at dawn, when will I ever learn!