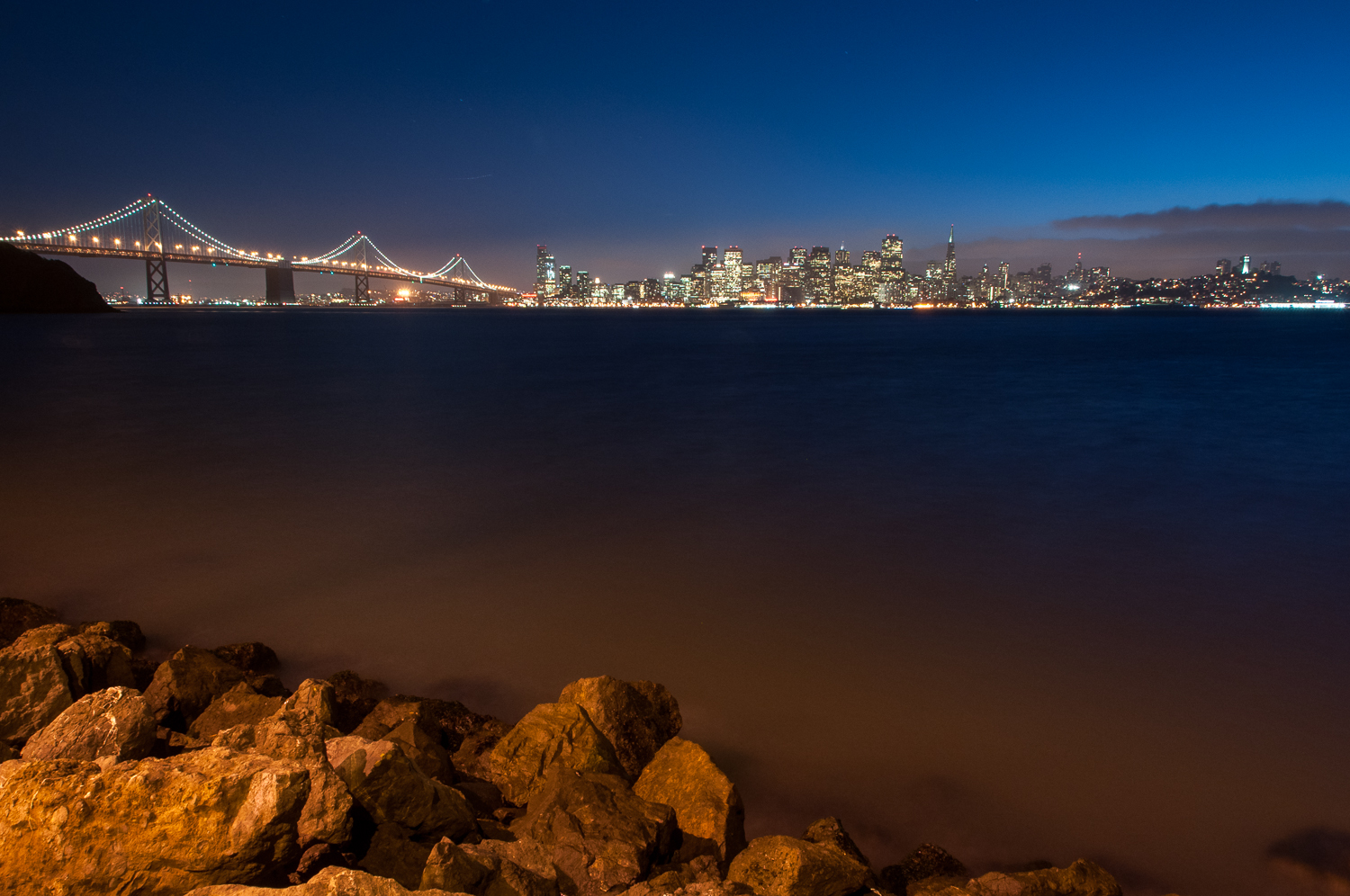 A couple of local photographers told me that the best view of the San Francisco skyline is from Treasure Island. This is a huge (about 1 mile square) artificial island built in the late 1930’s. It was very easy to get to as about 2,500 people live on the island and there is a regular bus service, even at night. The Golden Gate bridge is just out of the frame to the right but it was covered in fog so could hardly be seen. The bridge on the left is the Bay Bridge. Whilst the skyline is spectacular from Treasure Island I need to admit to making a mistake here. It was so cold and windy I wasn’t really thinking straight. Ideally I should have setup the camera on the opposite side of the Bay Bridge so that the city skyline would be behind the bridge. Then the photograph would have had a lot more bridge and a lot less bay.