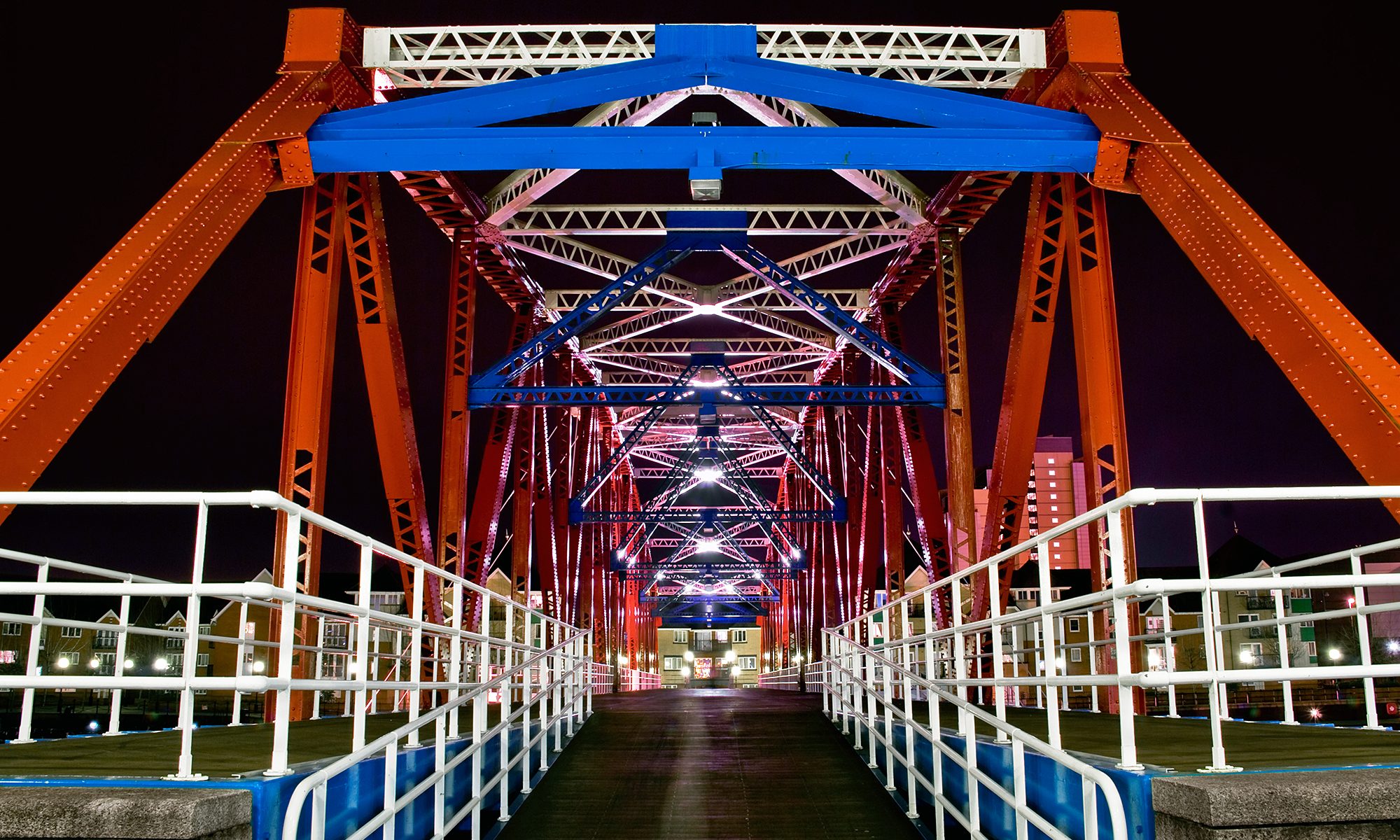 A couple of Saturday’s ago Mark and I were on a night shoot around Manchester and Salford. Before we realised that the Quays were about to be bombarded with football fans we both took this photo (well I had to take it when I saw what Mark had lined up in the view finder). The white balance of the images we both captured were completely wrong meaning that the colours all had a very bad yellow tint to them, but using Lightroom’s white balance selector eye dropper I was able to correct the camera’s mistake. The strange shadows on the bridges walk way were caused by people walking towards or away from the camera whilst the photo was being captured. Having the camera set to a 30 second exposure I was bound to get people in the way, but luckily they were moving and so don’t show up on the final still image.