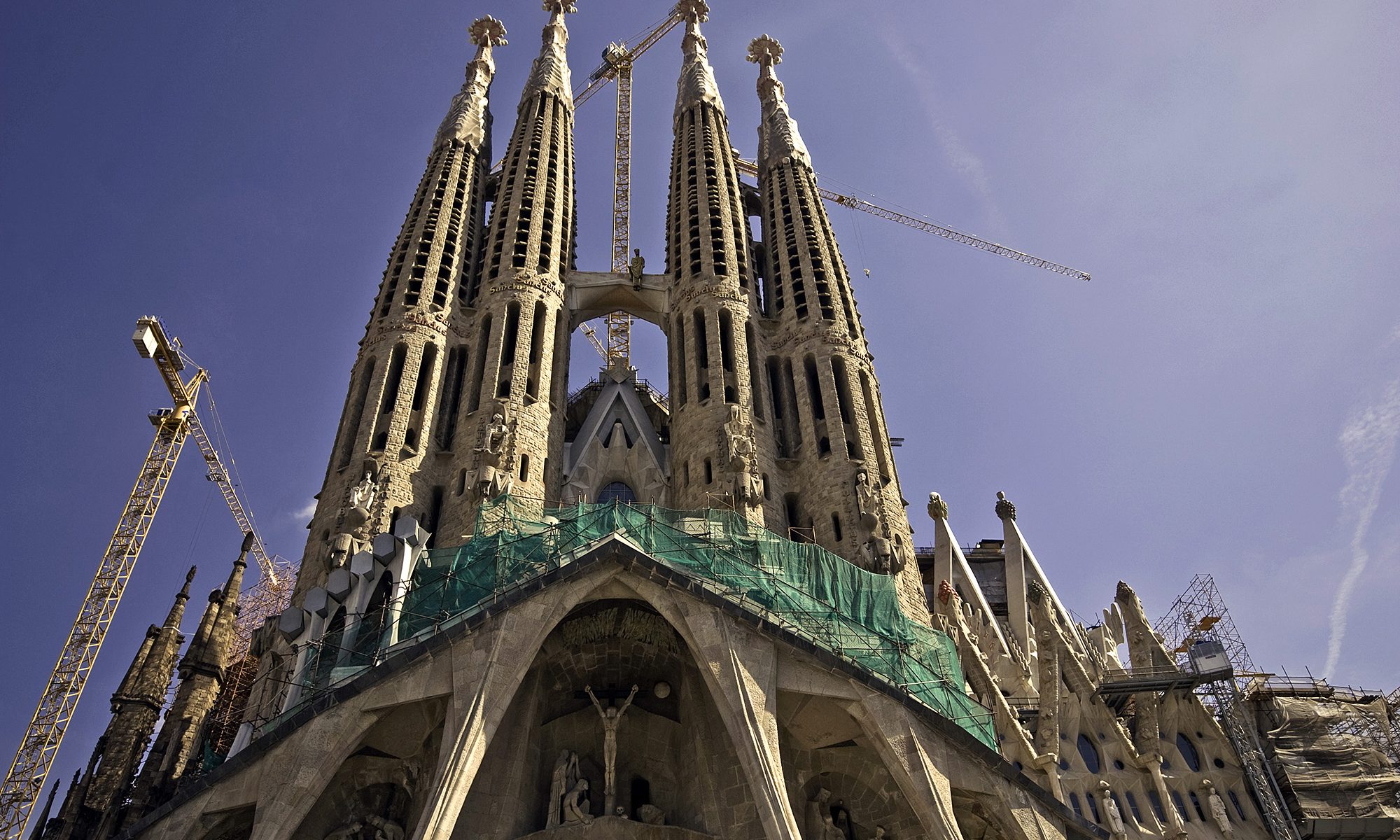 The Sagrada Famalia is a massive Roman Catholic church in Barcelona. Construction started in 1882 and continues to this day, it is scheduled to be completed in 2026. This church was designed by Antoni GaudÃ­, who worked on the project for over 40 years, devoting the last 15 years of his life entirely to the endeavour, he died in 1926. It was the idea of being able to take the above photograph that really drew me to the city of Barcelona. At 170 metres high this is just a couple of metres taller than Manchester’s Beetham Tower to give you an idea of scale. It does disappoint me when people complain about the cranes or scaffolding – come back in 2026 and take the photo again when it is finished. That’s what I am aiming to do!