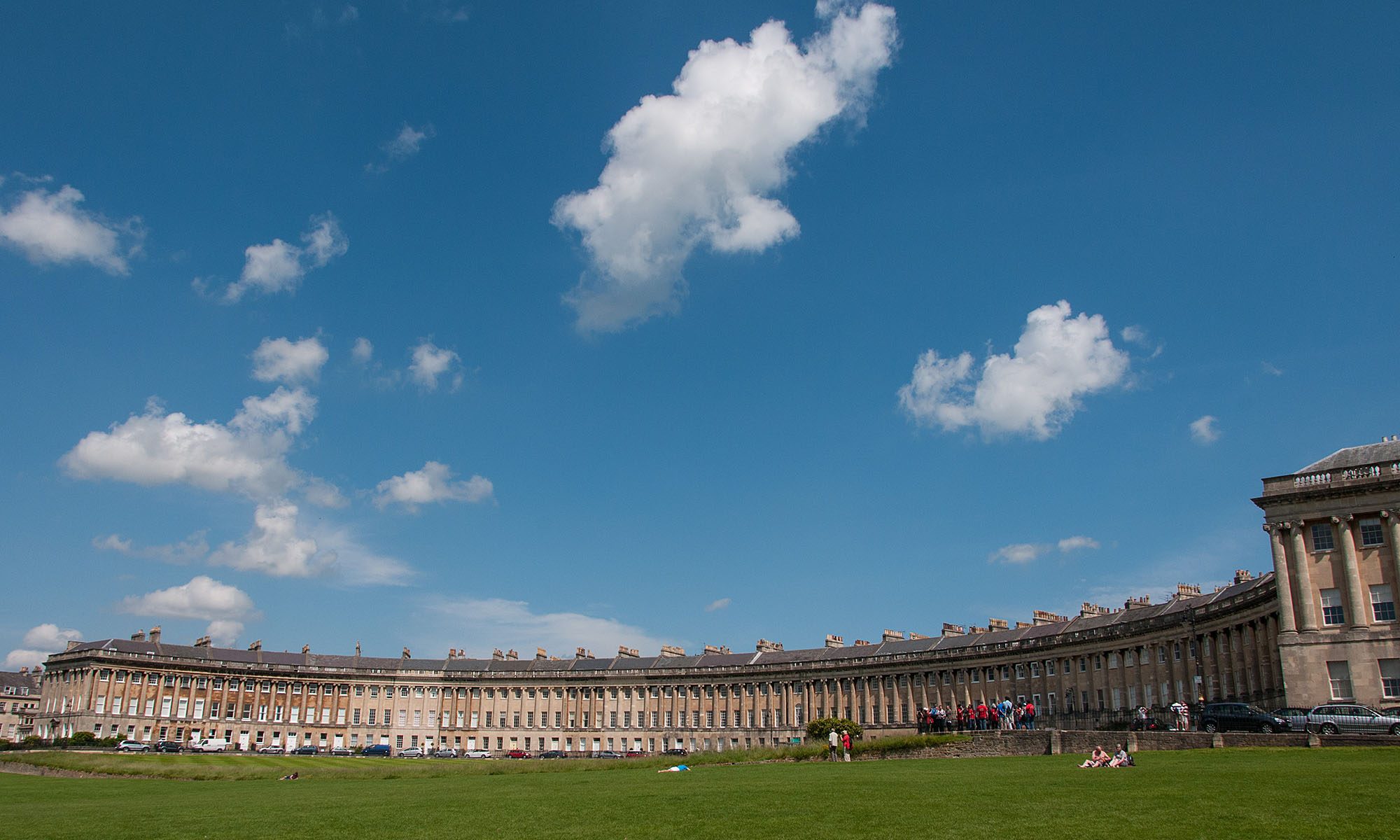 Taken later in the day than the previous black and white detail of the Royal Crescent, here we can see all thirty houses and just how they are laid out. Obviously by that time the sun had moved around to where they majority of the street was in the sun. It was now nearly mid-day so there were people sitting on the grass having picnics and sunbathing. However, I was very fortunate to have a lovely blue sky with some unusual clouds, so I chose to frame the photograph with slightly more sky than I might normally have done.