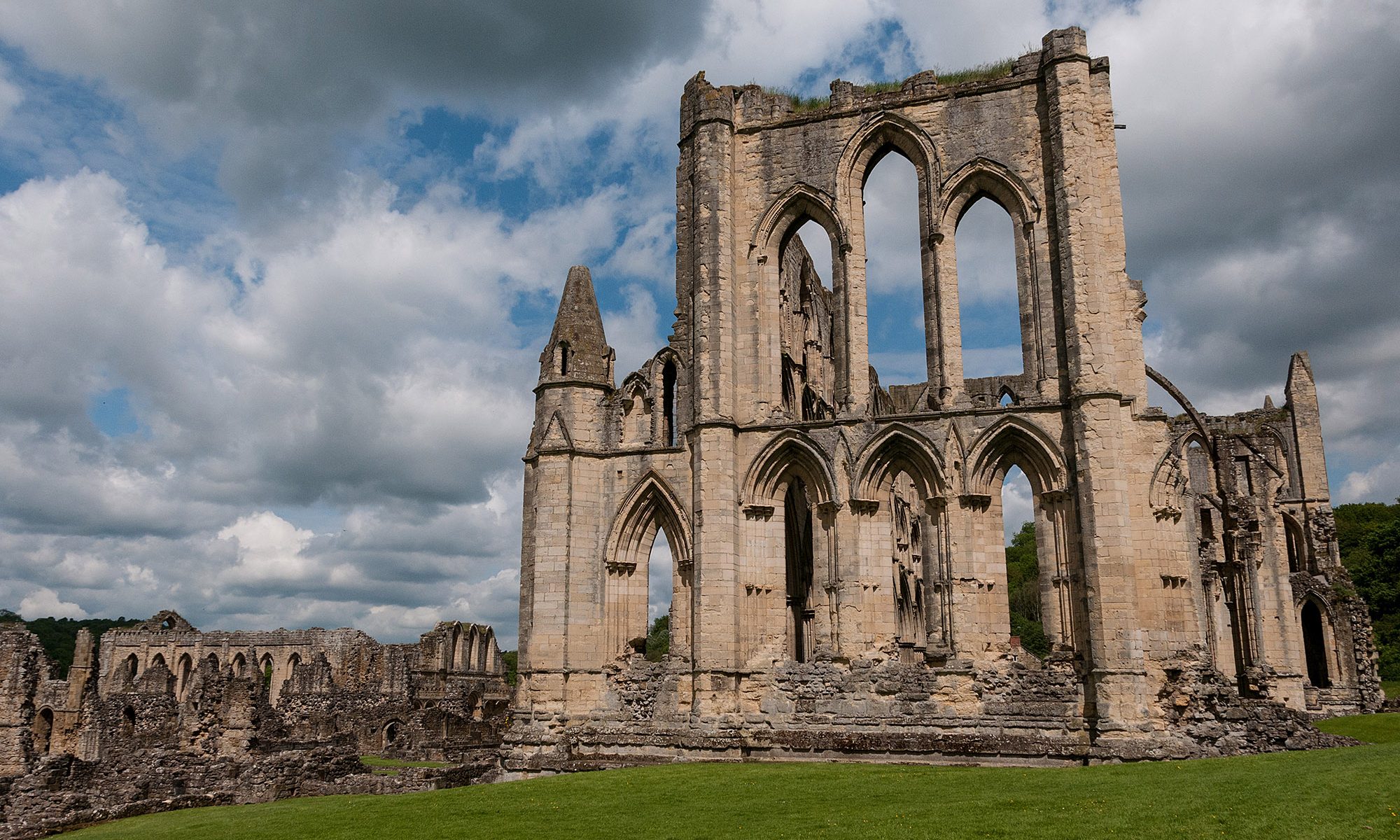 Founded in 1132 Rievaulx (pronounced ree-voh) is a former Cistercian abbey in North Yorkshire. I hadn’t heard of it before my cousin Liz suggested it might be worth seeing, so after some research and on my way north I made my way to the abbey. After a quick wander round the area to see where I wanted to capture my photograph from I got a sudden window of opportunity. So far it had been a very overcast day, even though there were odd patches of blue in the sky, the sun was behind the clouds. Then suddenly the light shone down onto the Abbey for literally no more than a couple of minutes, but I was able to run over and capture the above photograph before the cloud hid the sun again.