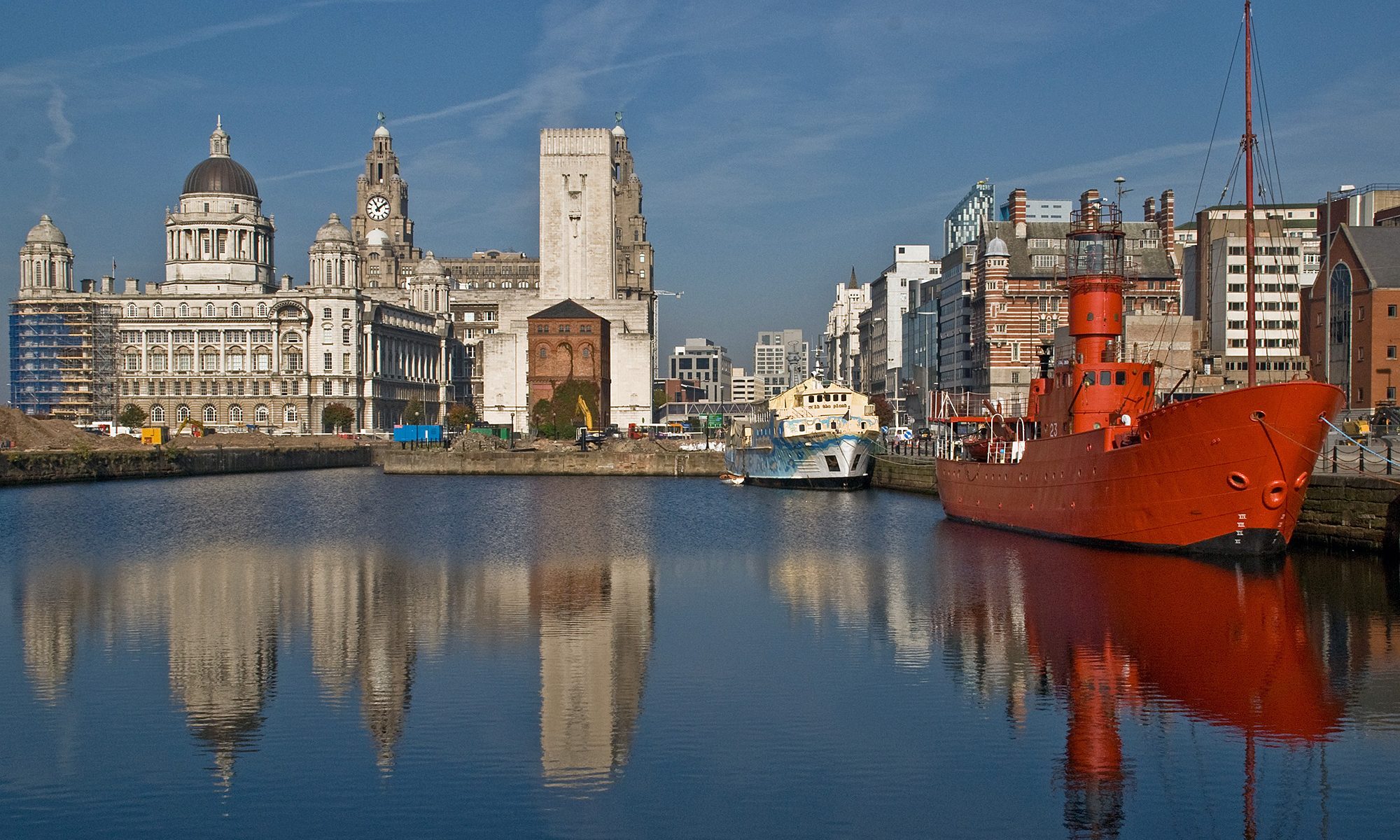 As promised in yesterday’s post I did go down to Manchester Piccadilly train station and I did get on the first train I saw. I ended up at Liverpool Lime Street station. I have been wanting to photograph Liverpool for years, waiting for a nice day but always finding I was busy or had other plans. The Albert Docks were a particular focal point for the days picture taking, and although other areas were explored, I kept coming back to the docks. The above photograph shows a red ship, which on closer inspection was called “Planet” but it appeared to have the name faded or half removed. Strictly speaking the ship isn’t in the Albert Dock itself but rather in Dukes Dock. The whole area of docks seems to get referred to as the Albert Docks. So I now have some interesting Liverpool and Salford Quays photographs to share with you.