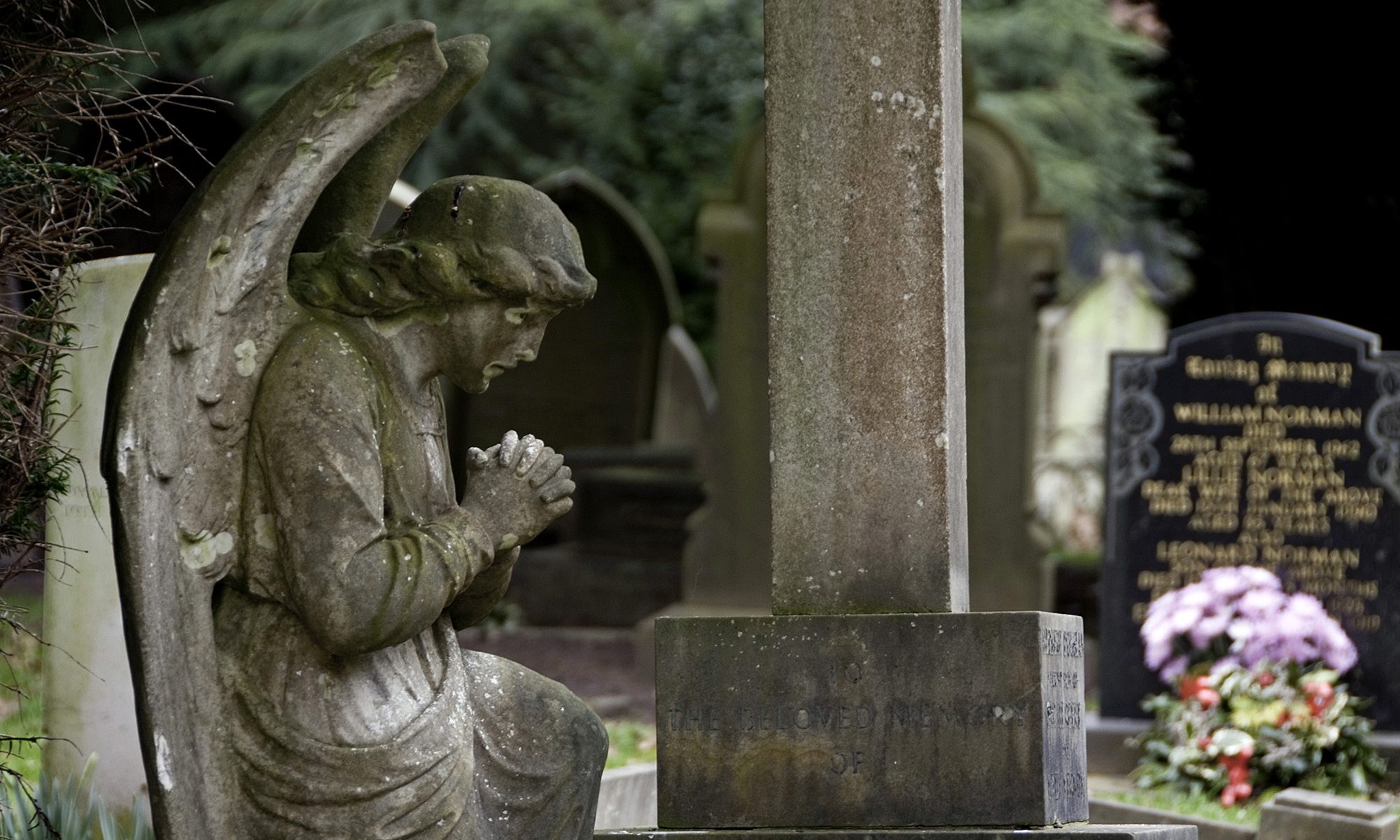 The praying angel statue in the above photo was at the base of a large gravestone crucifix, but I wanted to focus on the statue. It was taken from the main road that passes in front of St. Mary’s Church in Eastham. I noticed that the angle of the angel’s head gave the appearance that she was looking at the bunch of pink flowers in the background. Using the correct depth of field I captured a photo with soft blur on the flowers and modern grave stone (making it almost unreadable), but this gives the angel more of a three dimensional appearance.