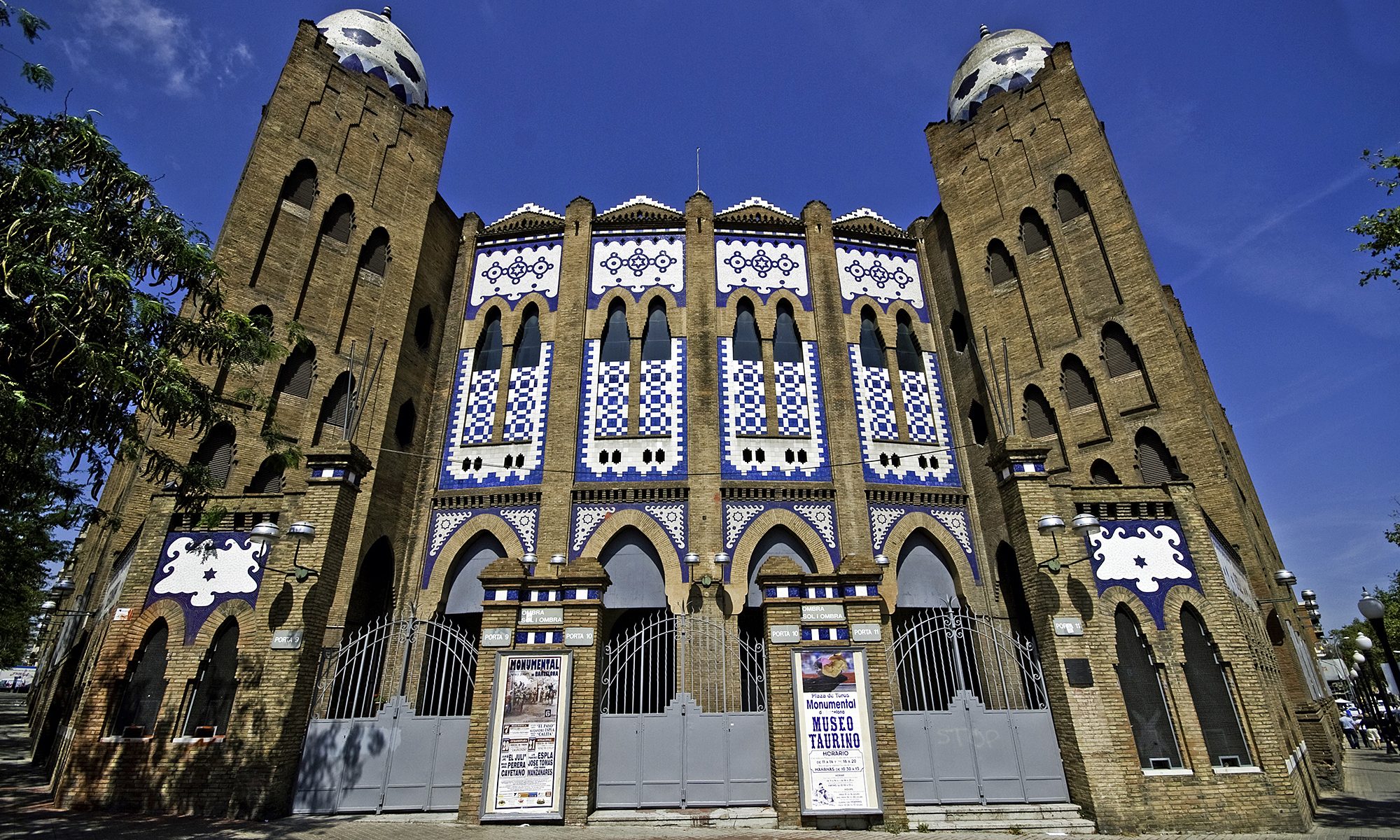 Looking on the map of Barcelona I saw a large building that took up one square block of the city and was called “la monumental”. Being nearby I thought it was worth taking a look and what at first appeared to be some sort of modern place of religious worship turned out to be a stadium or bull ring where traditionally bull fighting took place, but it is now used more for concerts. The first thing you probably noticed about the above photo is the way the two towers are leaning so dramatically into the photo. This is know as “converging verticals” in photographic circles and something that we usually try to avoid. The two towers are obviously vertical, but using my super wide 10mm lens I was able to get a full 90 degree photo of the corner of this building.