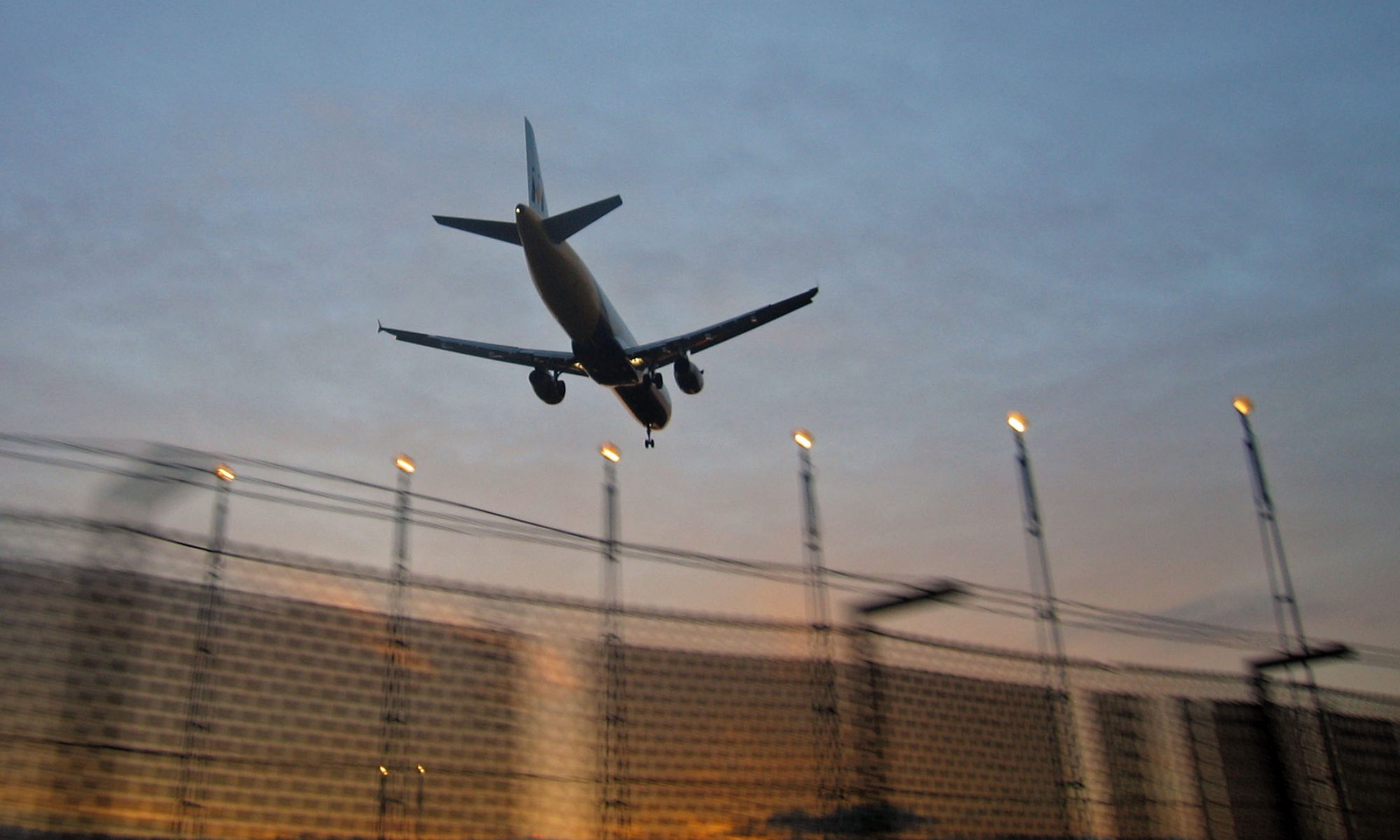 Nice sunsets don’t happen everyday, certainly not in Manchester. I love taking pictures of sunsets and living near the Manchester International Airport (at the time) I saw a lot of planes. This photograph was taken back in December 2005 on the same day I stopped to take an even better picture (in my opinion) of a plane landing directly into the sunset. I was travelling from Cheadle to back home in Hale, via the airport. This photograph above was taken out of the moving car window, travelling at about 30 mph. It was a total grab shot so I was amazed to see the plane perfectly lined up with the fence. There was nothing I could do to avoid the fence and the blurring of this part of the picture just adds to
the fact that I was moving whilst taking it. For those interested I was travelling along Ringway Road from Heald Green / Styal Road up towards the Terminal One roundabout. Still, I prefer the original photograph I posted on the day.