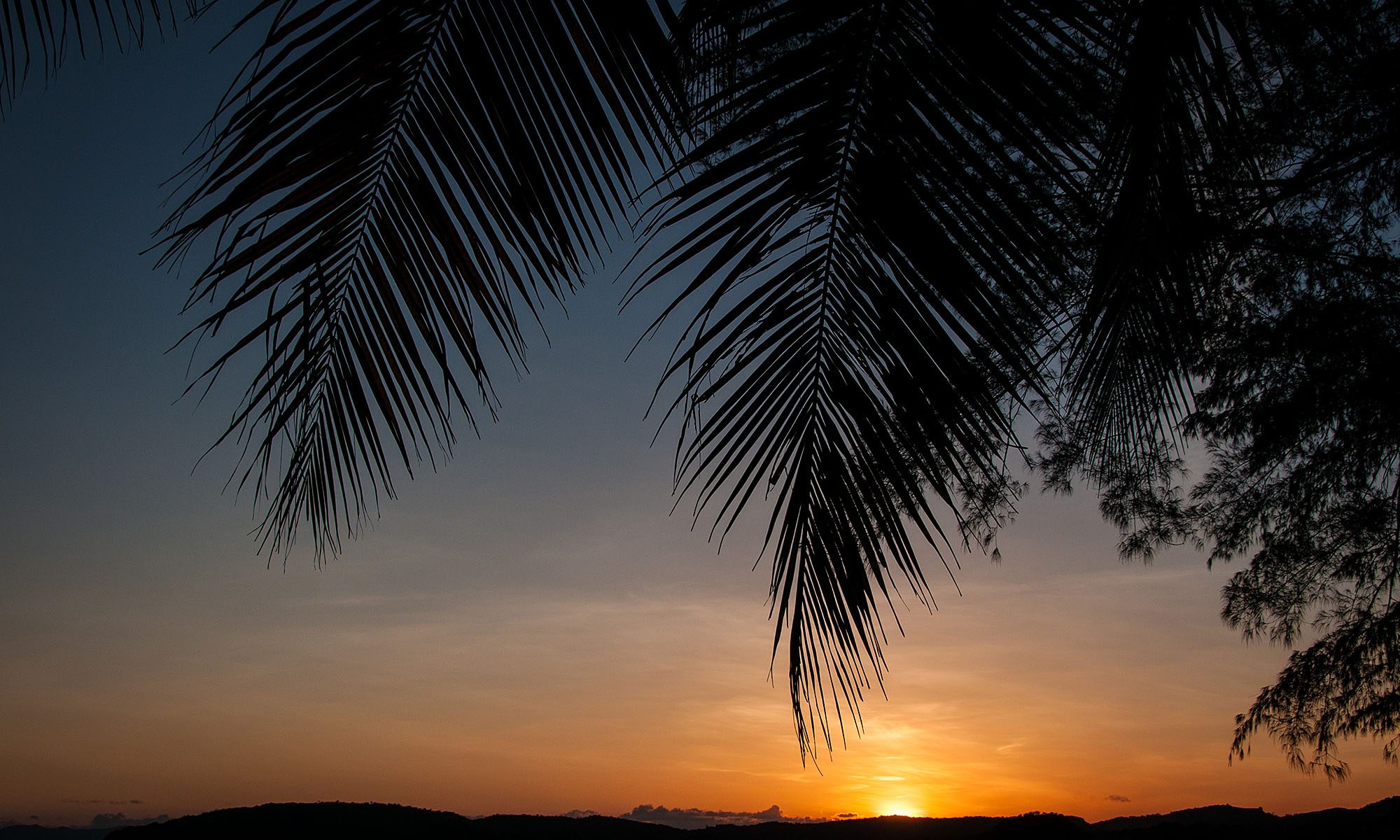 For the last few nights I have finally been able to capture some interesting sunsets. It is monsoon season here but it doesn’t seem to have affected the coastal areas around Krabi as I have yet to see any rain in the past four days. The above photograph was taken from Ao Nang beach, about a five minute walk from the resort where I was staying. I thought that the silhouetted palm trees at the top of the image gave the sky more impact. There were still plenty of holiday makers swimming in the sea when this was taken as the water is slightly warmer than a heated swimming pool. 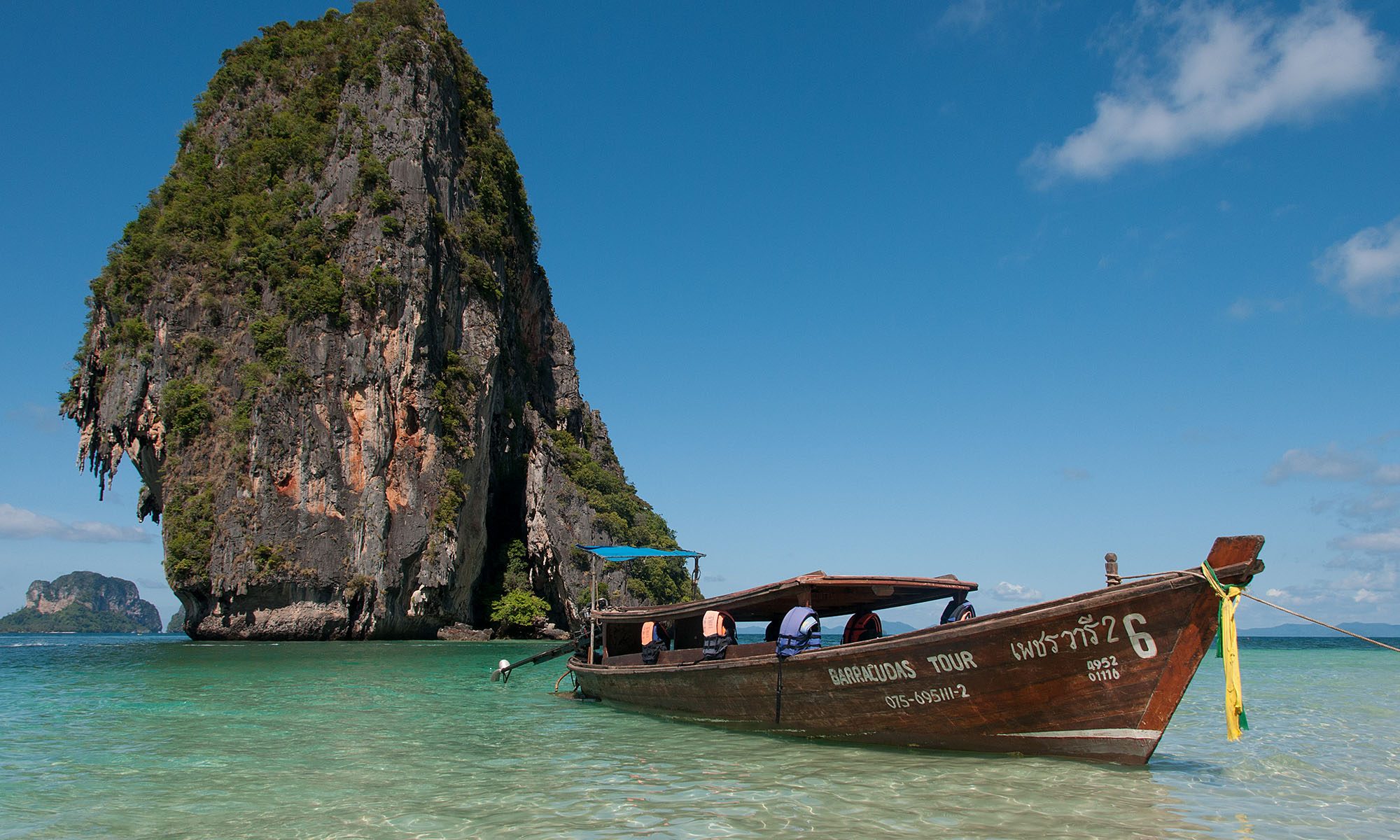 Now for a completely different side of Thailand. This photograph was taken earlier this week on Phra Nang Beach near Krabi on the stunning west coast of Thailand. After two weeks of exploring a few different towns and cities (mainly in South East Asia) it has been nice to take a break at the beach for a few days. The long tail boat in this photograph was my transport to this location with an organised group tour by Barracudas. This was the first stop of the day on a four island tour with snorkelling in these crystal clear waters. 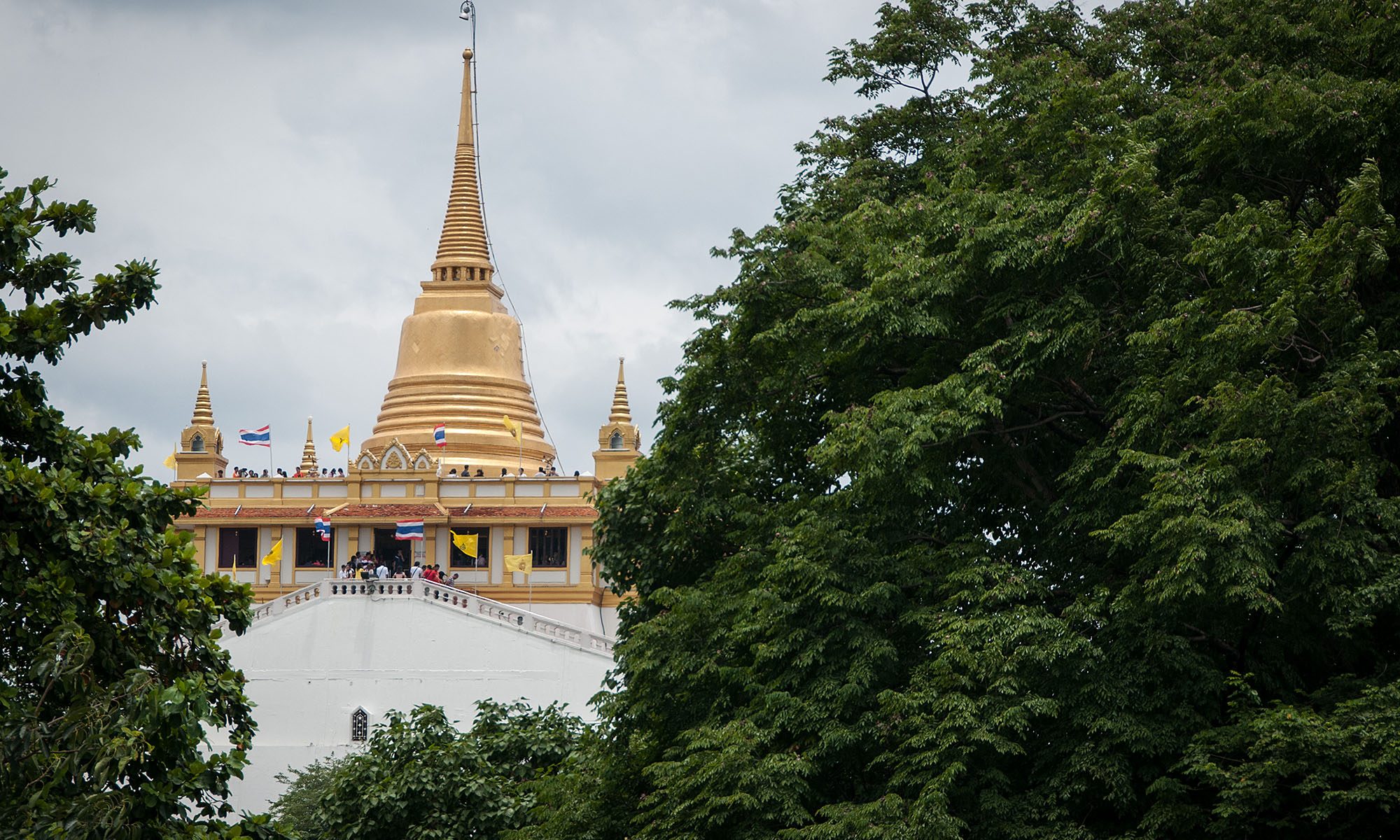 After a long morning in the city going on boats and trains, I decided to go for a walk rather than pay for a taxi. It was the middle of the day (hot) and on the map the walk I planned to the train station didn’t seem too long. After two hours I got to the train tracks to find it was a level crossing rather than a station, so ended up getting a taxi anyway! Still on the walk I did notice this great view looking up through the trees to The Golden Mount (Wat Saket). I previously published a close up taken last week when I was in the city, but this time it really shows the scale of the temple. 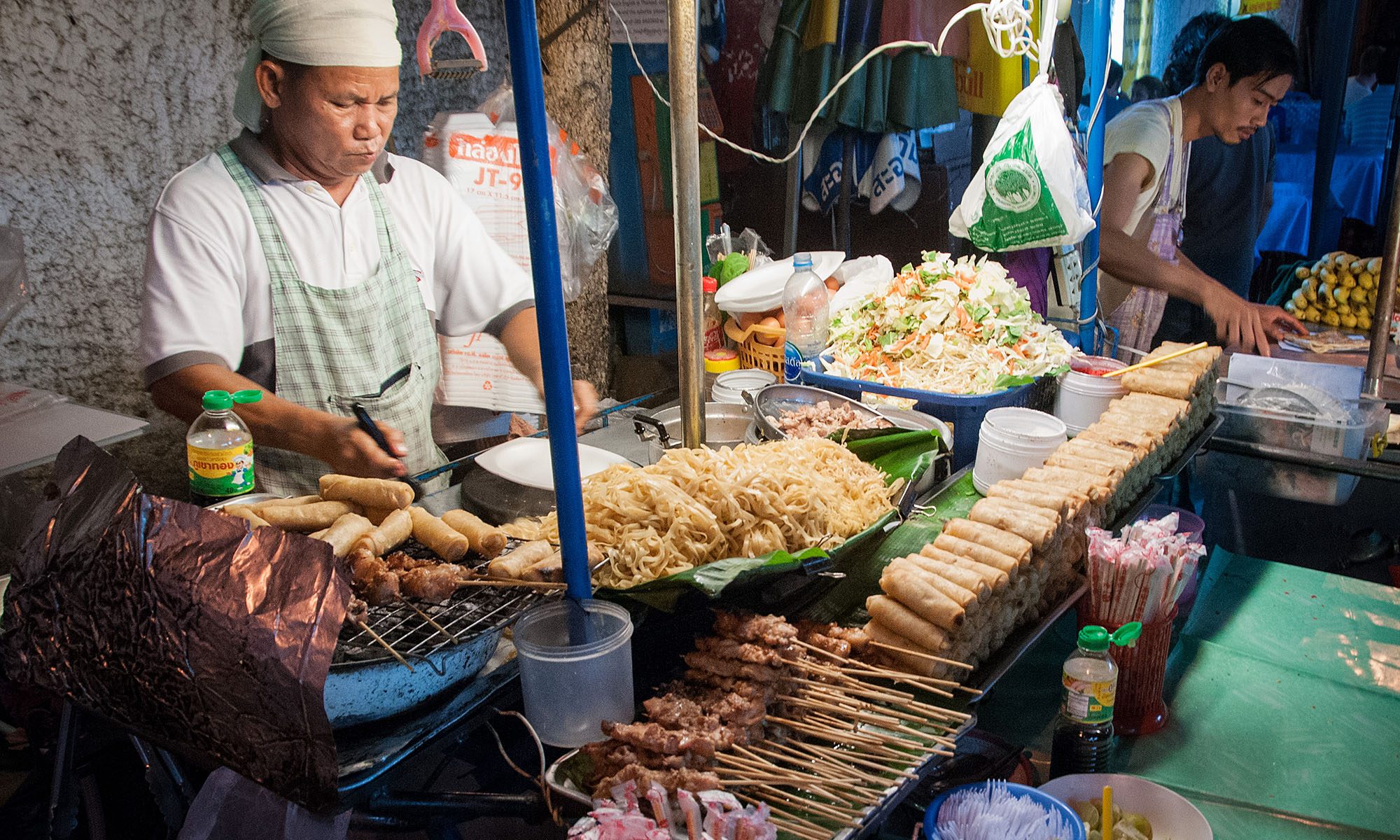 I was planning to do a lot of night photography in each place that I visited, but in Bangkok I ended up not using my tripod. Here my night photography focuses on the people and what they were doing. There are literally hundreds of these stalls around Bangkok. This guy was making spring rolls (to be honest I felt that he probably had enough at the front but still). It is great just watching them work.