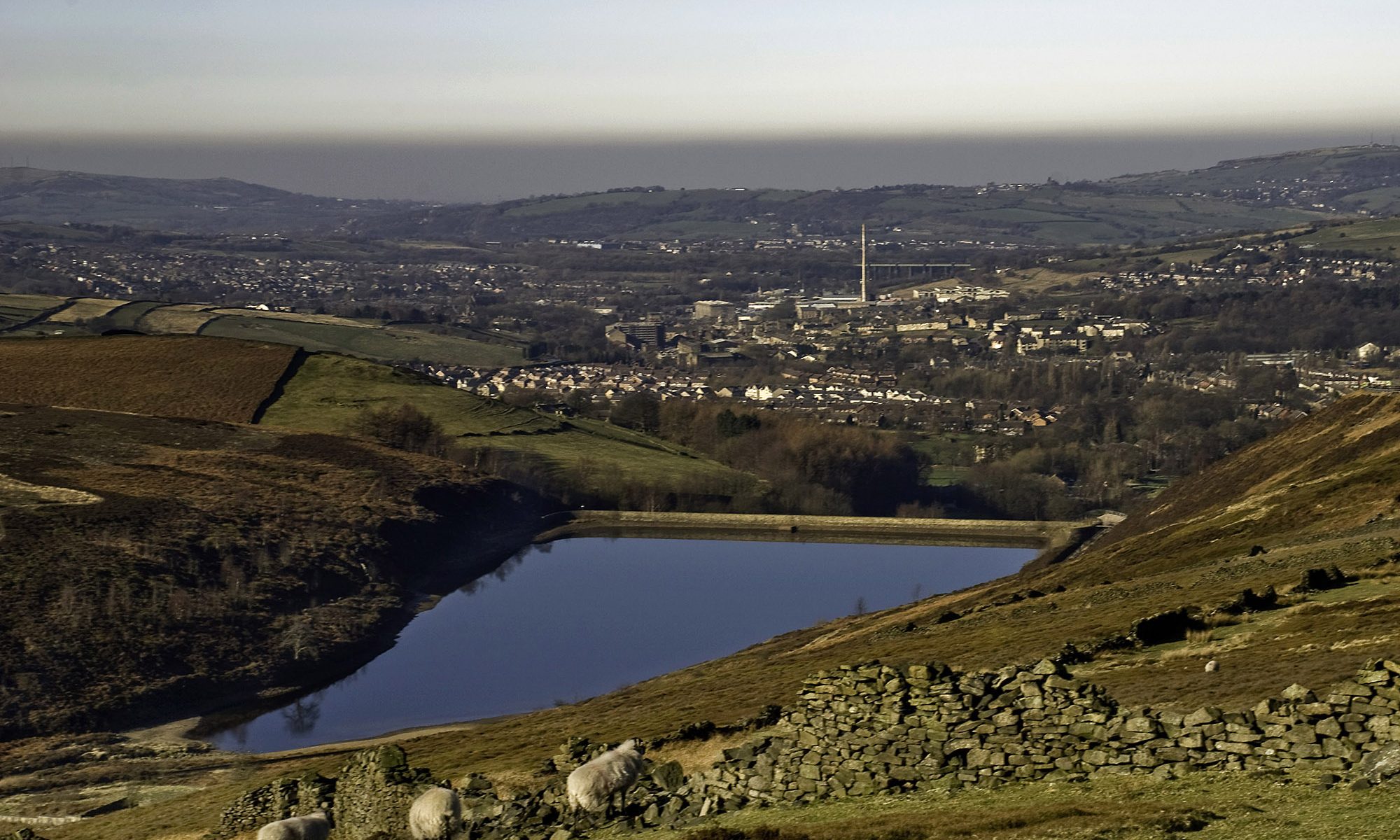 This photograph was taken about two weeks ago on a bike ride up Snake Pass (officially known as the A57). I had paused for a much needed rest and looked over the crash barrier towards Glossop and saw this view, which in my eyes had to be photographed. Whilst sat enjoying a cool drink I looked back down the road and also took the recently published picture below. Both of which are taken from the exact same point, but show very different images of the Peak District landscape. I like both in different ways; you can be the judge of which you prefer. 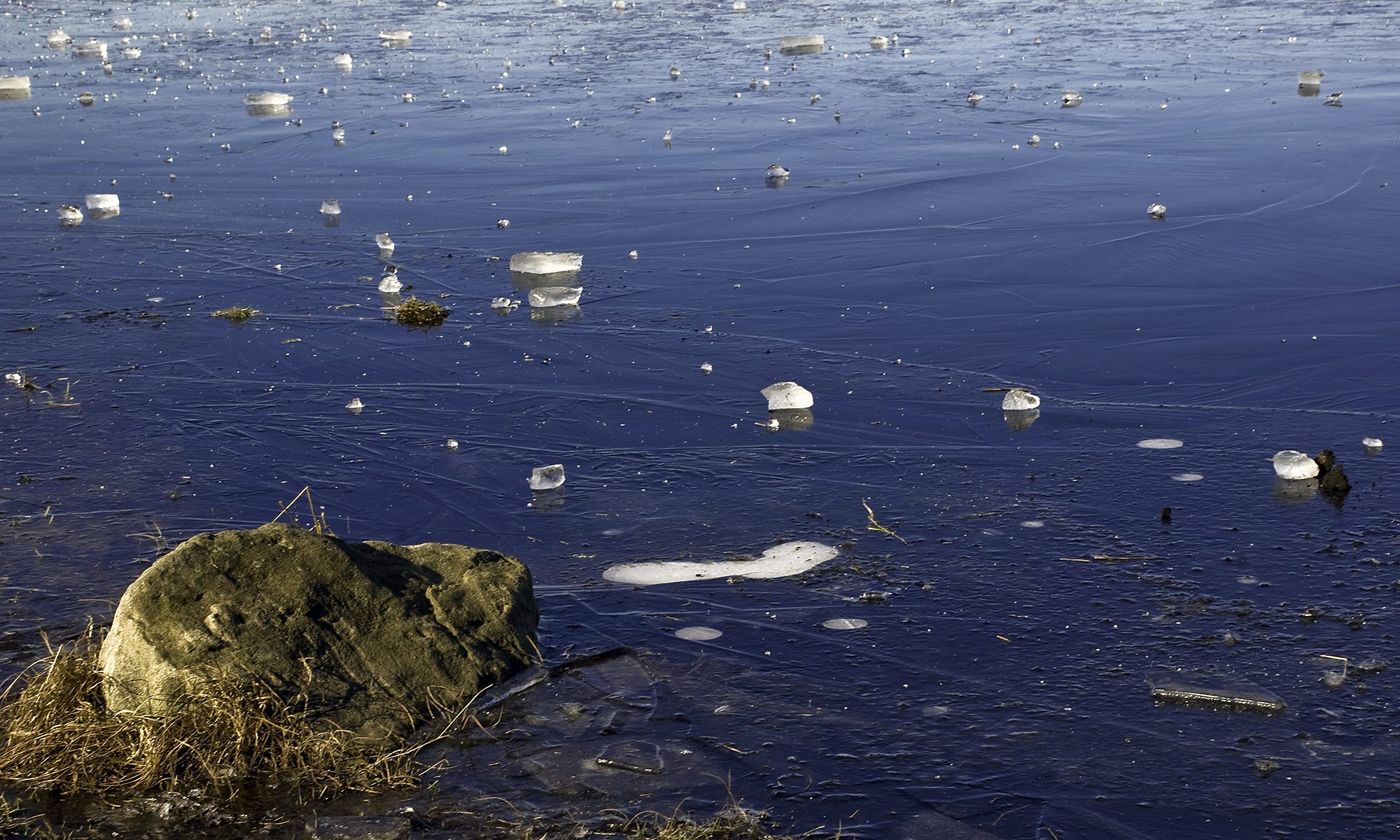 I never thought I would cycle to somewhere to take a photograph and find it frozen over, but that is exactly what has happened here. Taken last week at the top of Bleaklow in the Peak District. The pond in this picture above is quite small, probably 30 feet across at the most and so it probably doesn’t have an official name. Living in the city of Manchester I rarely see frost or frozen over ponds so I had to take its picture (you take photographs of anything if you just spent well over an hour pedalling uphill to get pictures). The rock in the foreground seems to add an extra focal point and really make this picture something I am proud to share with you. It will be great to go back into Derbyshire and explore more of the Peak District National Park as soon as possible. 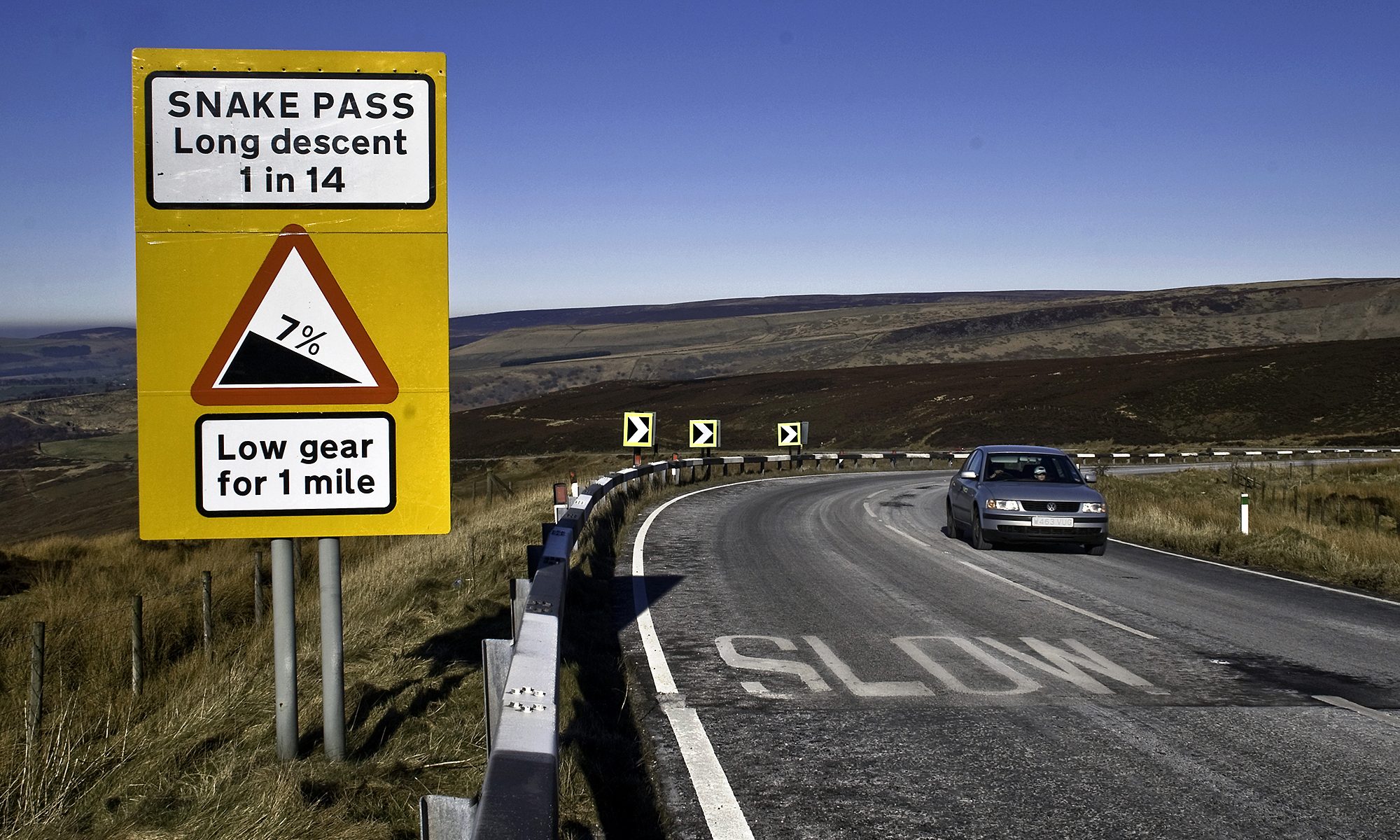 This is the A57, a busy main road between Manchester and Sheffield commonly known as Snake Pass. Last Sunday I cycled the hardest 3 mile climb of my life and this photograph was taken on one of the regular breaks I had to take. We took the train from Manchester Piccadilly to Glossop and then cycled up to Bleaklow (1679 feet above sea level). I have been over Snake Pass three or four times in a car and always thought it would be a great area for mountain biking. I was right. The above photograph was taken looking down the road (eastwards) towards Glossop. Hopefully it won’t be long before I can push myself all the way up the mountain without stopping for a break. 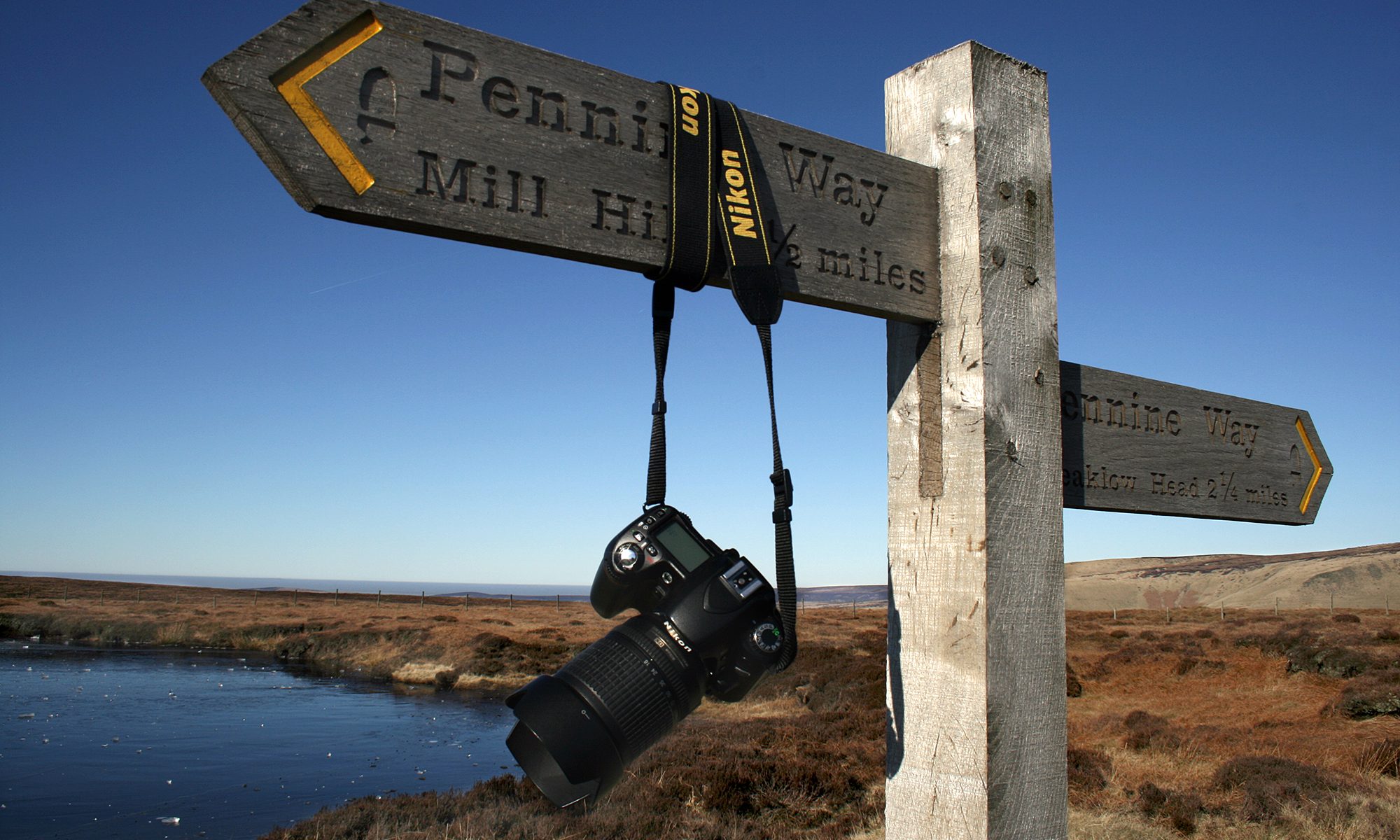 Mark and I had been planning a cycle ride for a while and after recently getting my mountain bike serviced and its wheels rebuilt, it was time to head for the hills. We were going to keep it easy going for the first big ride and go down to Sale Water Park (somewhere I am looking to go to photograph as soon as possible) but in the end I found we could get a train from Manchester to Glossop, so we did that instead. We then cycled up the Snake Pass (more formally known as the A57) and I am embarrassed to say it took me over an hour to cycle the 4 or 5 miles to the top, although the top was near Bleaklow which is around 2,000 feet above sea level.When we eventually got to the top the sign in the above photograph greeted us. Using Mark’s camera I decided to take a photo of my camera (the Nikon D80) hanging from the sign post to add interest. At this point we are looking in a westerly direction towards Glossop. The main thing to point out above this picture is it was taken at 11:28am and the water in the pond behind the sign was frozen solid. When we came past it an hour or two later it was still frozen and we were still in t-shirts, because cycling uphill and then cycling off road are both very warming forms of exercise.