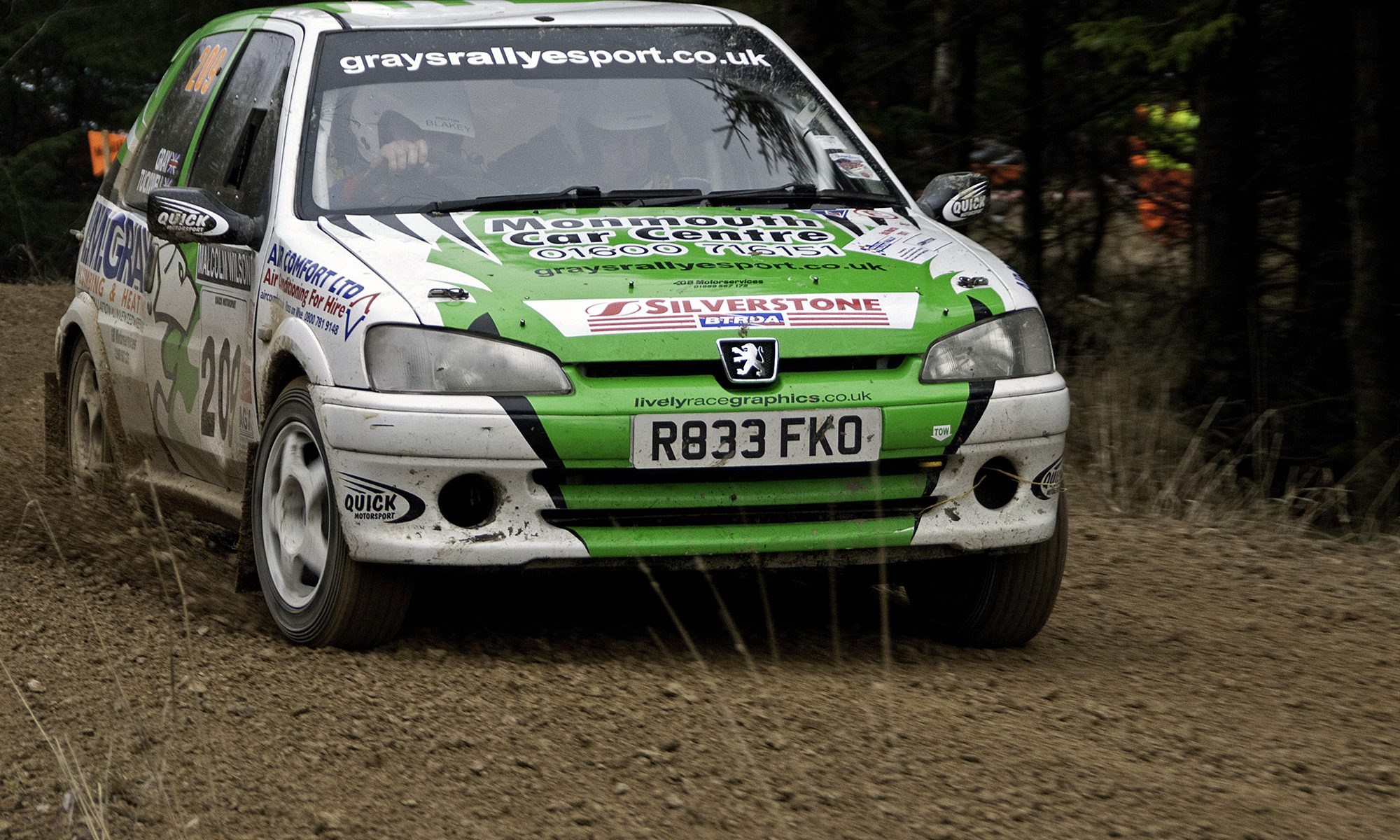 One of the smaller rally cars at the 2011 Malcolm Wilson Rally was this Peugeot 106 in the 1400S class. Driven by Dan Gray with Rob Tuckwell as co-driver it came 6th in its class. This is one of the later afternoon forest stages at Greystoke. The officials wouldn’t let photographers get any closer, so unfortunately there are a few long bits of grass in the foreground.