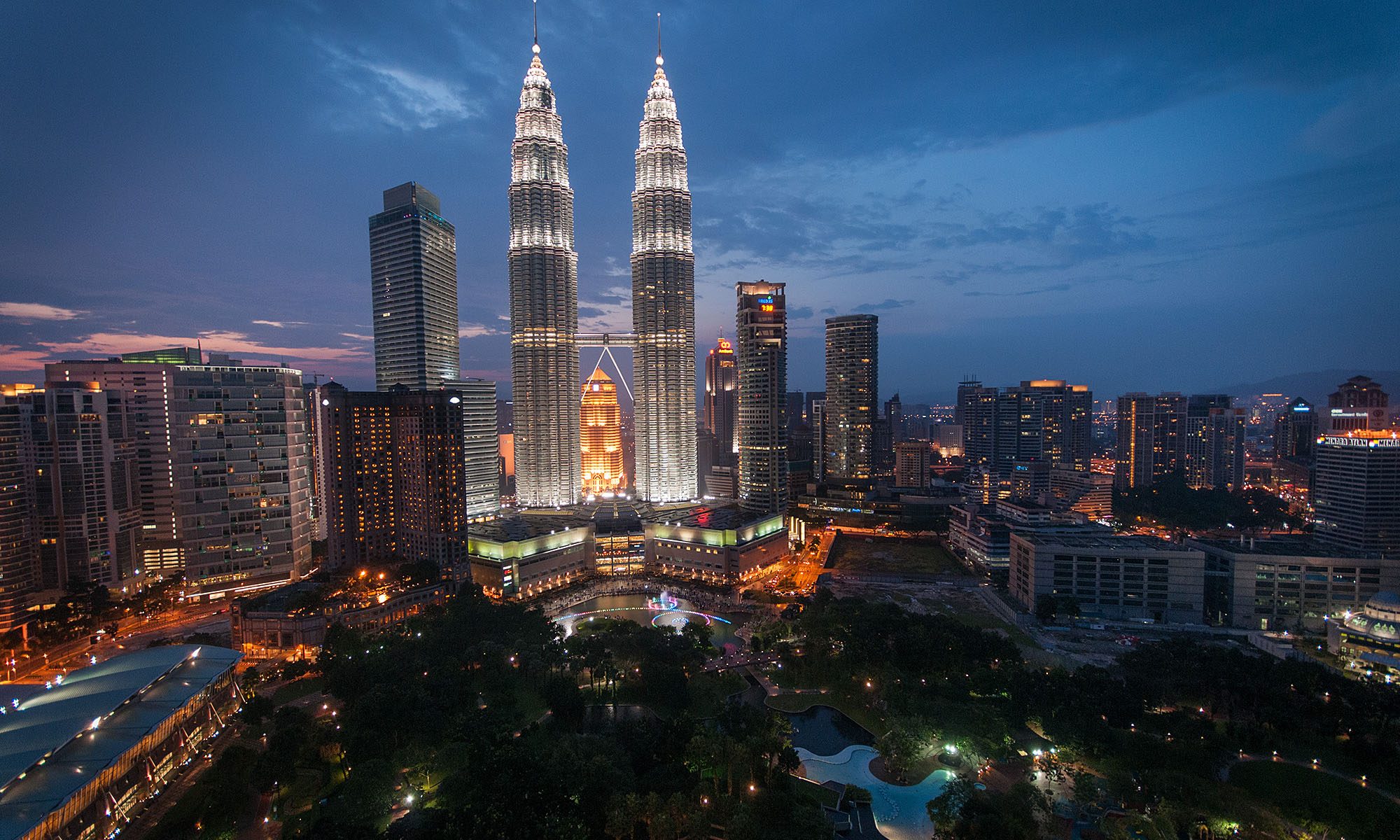 I was happy with my previous nights version of the towers close up with the fountains in the foreground, but was still keen to find a decent viewpoint to capture a skyline type photograph of the city. In doing some research I found that the Traders Hotel has a famous Skybar on the 33rd floor with good views across KLCC Park. Well I decided it was worth going up there for a couple of drinks with my camera and this was the resulting photograph. They don’t allow tripods but they do have the windows completely open so that you aren’t photographing through glass. From here you can see much more of the park. On the far left is the Kuala Lumpur Convention Centre (hence the KLCC) and if you look very closely at the base of the towers you can see the water fountains.