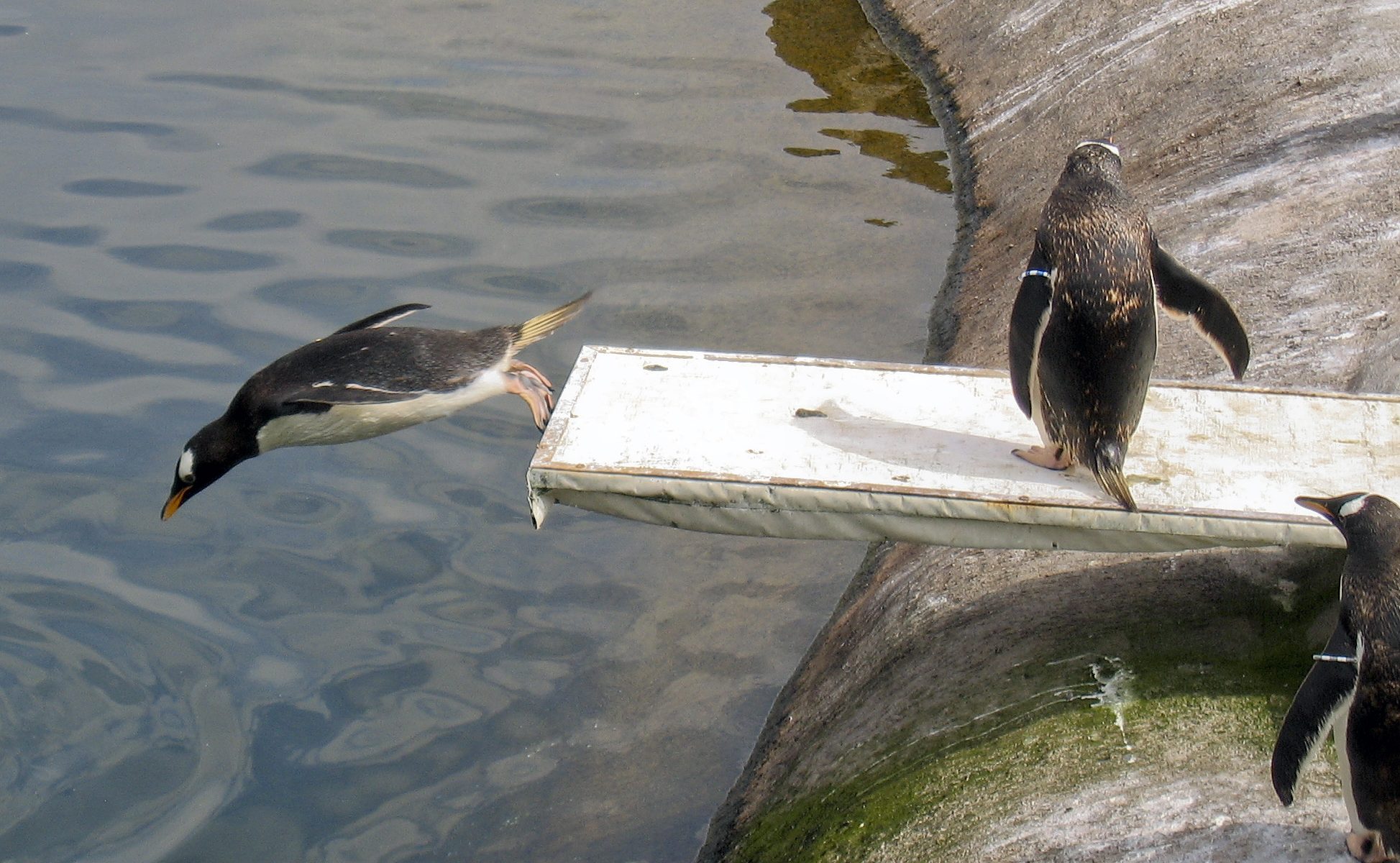 The image above was taken back in July 2006 whilst exploring Edinburgh Zoo. I’m not sure what type of Penguins these are but they have two large areas for them. There are a few dozen of them swimming and waddling around their enclosure. Animals are notoriously very difficult to take pictures of, as they are usually moving and quite unpredictable. I’m pleased I caught this penguin in mid air as he was diving into the pool, but I feel I was stood in the wrong place. Standing 10 feet to the left would have meant he wouldn’t appear as if he was diving out of the photograph. It isn’t very often I go to zoos though and seeing the penguins lining up in single file to jump of the board into the water was a great thing to watch. Although, it wasn’t very cute when the one behind on the board turned around, excreted into the water and then dived in.