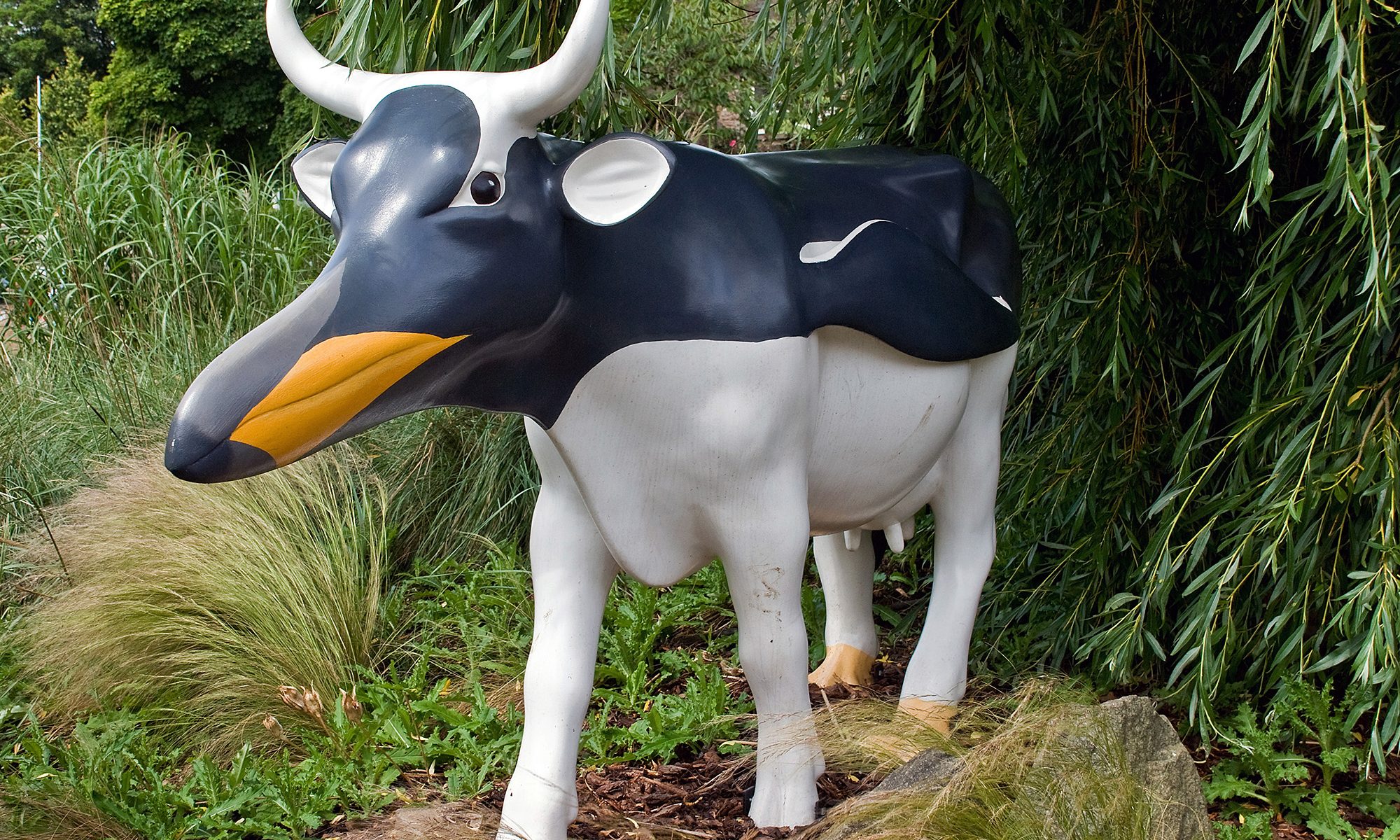 Last year Edinburgh had a “cow parade” similar to the one a few years back here in Manchester and various other large cities around the world. The above image is one of the hundred or so cows and is now permanently installed in the grounds of Edinburgh Zoo. I am unsure where it was originally during the parade itself, but I feel that it clearly and effectively advertises the zoo to passers by. Edinburgh Zoo’s main attraction is its fantastic penguin enclosure and the way this cow has had penguin features added is a stroke of genius. I remember admiring many of the cows around Manchester, but this one is my favourite “cow” that I have come across so far.