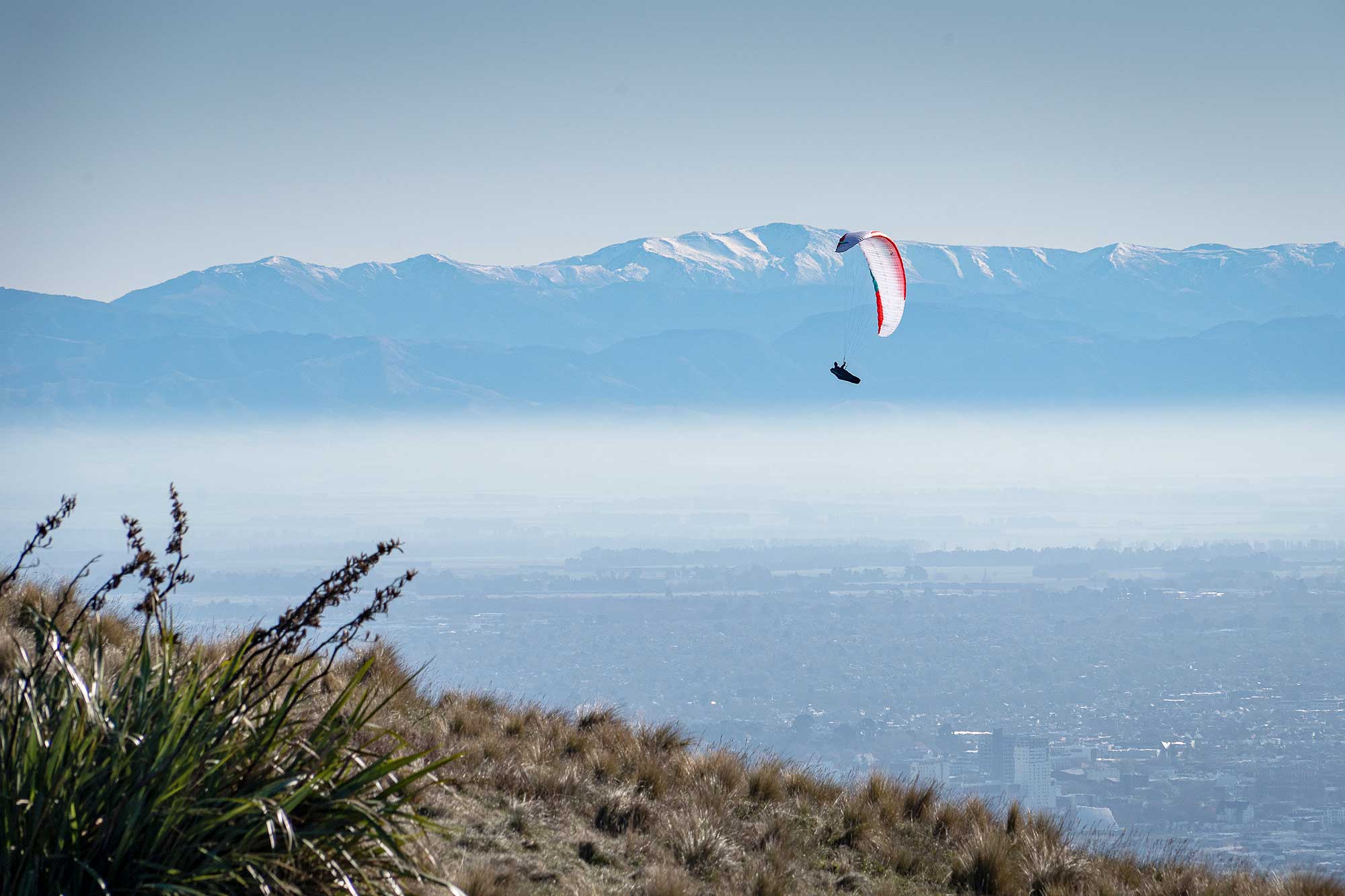 Watching a couple of people paragliding whilst exploring the Port Hills area of Christchurch. With the mist I felt that including them made for a more interesting photograph of the city. From Mount Pleasant Reserve, looking north towards city with mountains around Arthur’s Pass in the far distance. The other paraglider was much lower down. Zooming the camera in, it makes it seem like the glider was over the city centre. In fact they came down to land near the suburb of Hillsborough. When framing this photograph I wanted to capture some of the flax bushes in the foreground. This gives the final image more depth and detail.