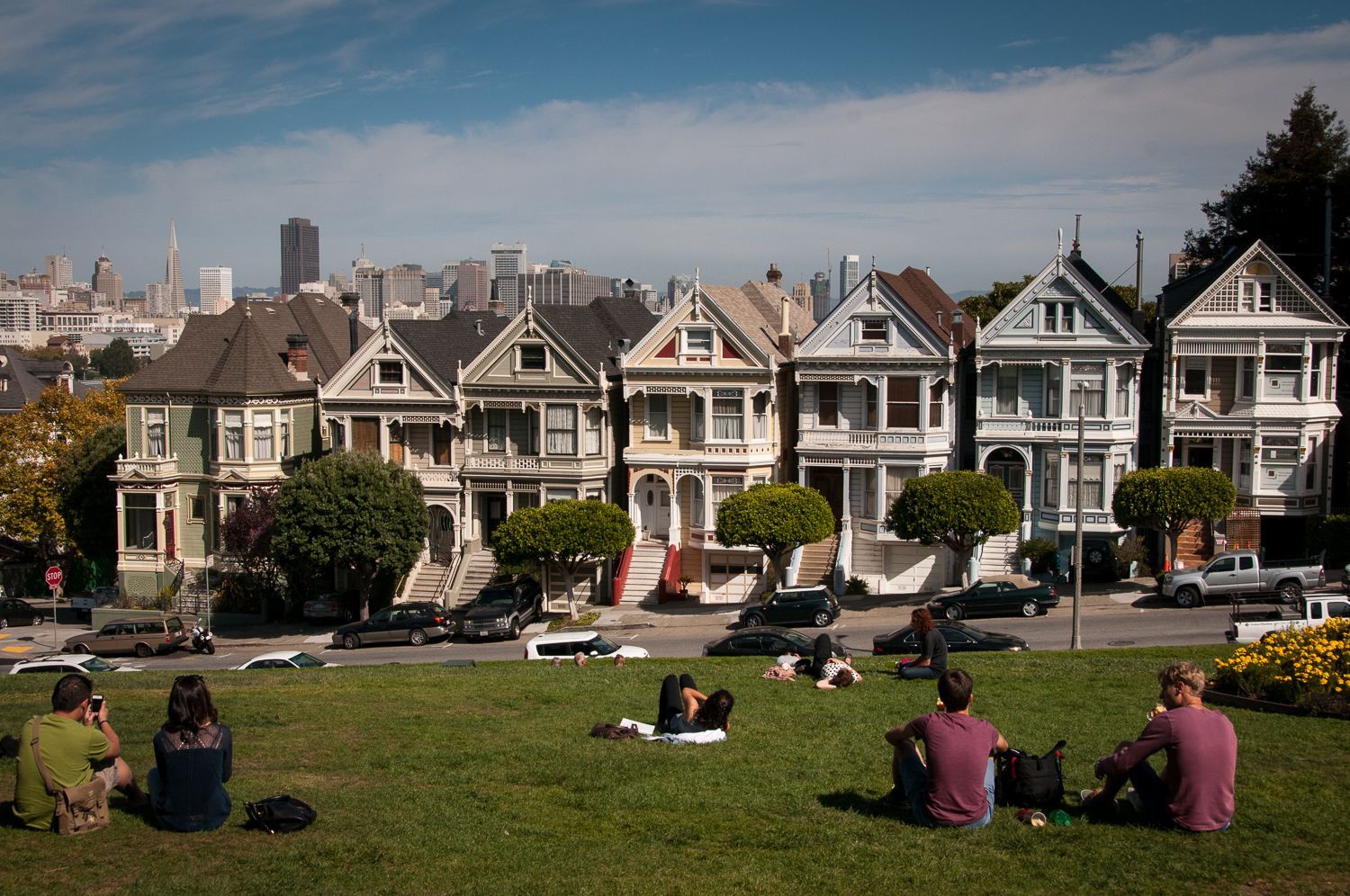 Also know as the Seven Sisters this row of Victorian and Edwardian style terraced houses are the most famous homes in San Francisco. They have appeared in over 70 movies, TV shows and adverts. Whilst this area of the city has many houses of similar architectural style it’s the park in front of the houses that makes them easier than average to photograph. The park is called Alamo Square, from this small but hilly neighbour park it gives a good view of the houses and the San Francisco skyline the background. As you can see it is extremely popular with tourists as this view appears of many posters and postcards of the city.