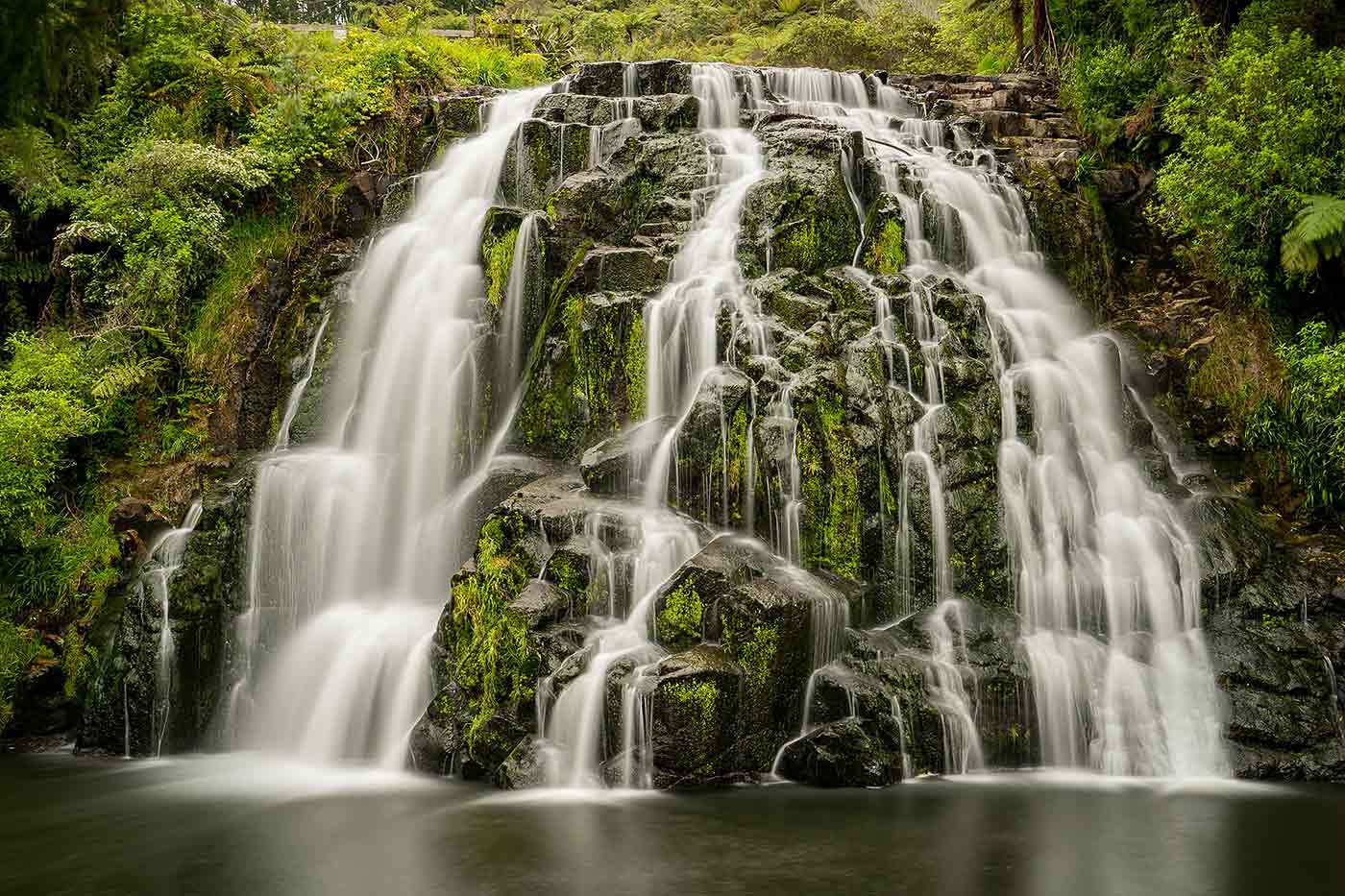 One of the first waterfalls I photographed in the Waikato region. It’s a staircase waterfall and the highlight of the Karanghi gorge, off State Highway 2. Even following the signs it was a little difficult to work out exactly where the waterfall was. About 100 metres off the highway on the right side. Theres about half a dozen carparks. Its only a 5-10 minute walk so its very accessible. Its actually a series of three waterfalls but this is the main one. When I arrived there was a group of half a dozen young women swimming in the water. I waited for them to finish their swim whilst I looked at all the various locations to photograph the waterfall from. There’s a few different rocks to stand on along the waters edge. Whilst I also captured shots from much further back looking up stream this was my favourite. It was a 30 second long exposure at f./16. The height of the waterfall is only 6 metres so it’s not one of the biggest in New Zealand. It’s one of my favourites due to the fanned out nature of the waterfall and the surrounding landscape.