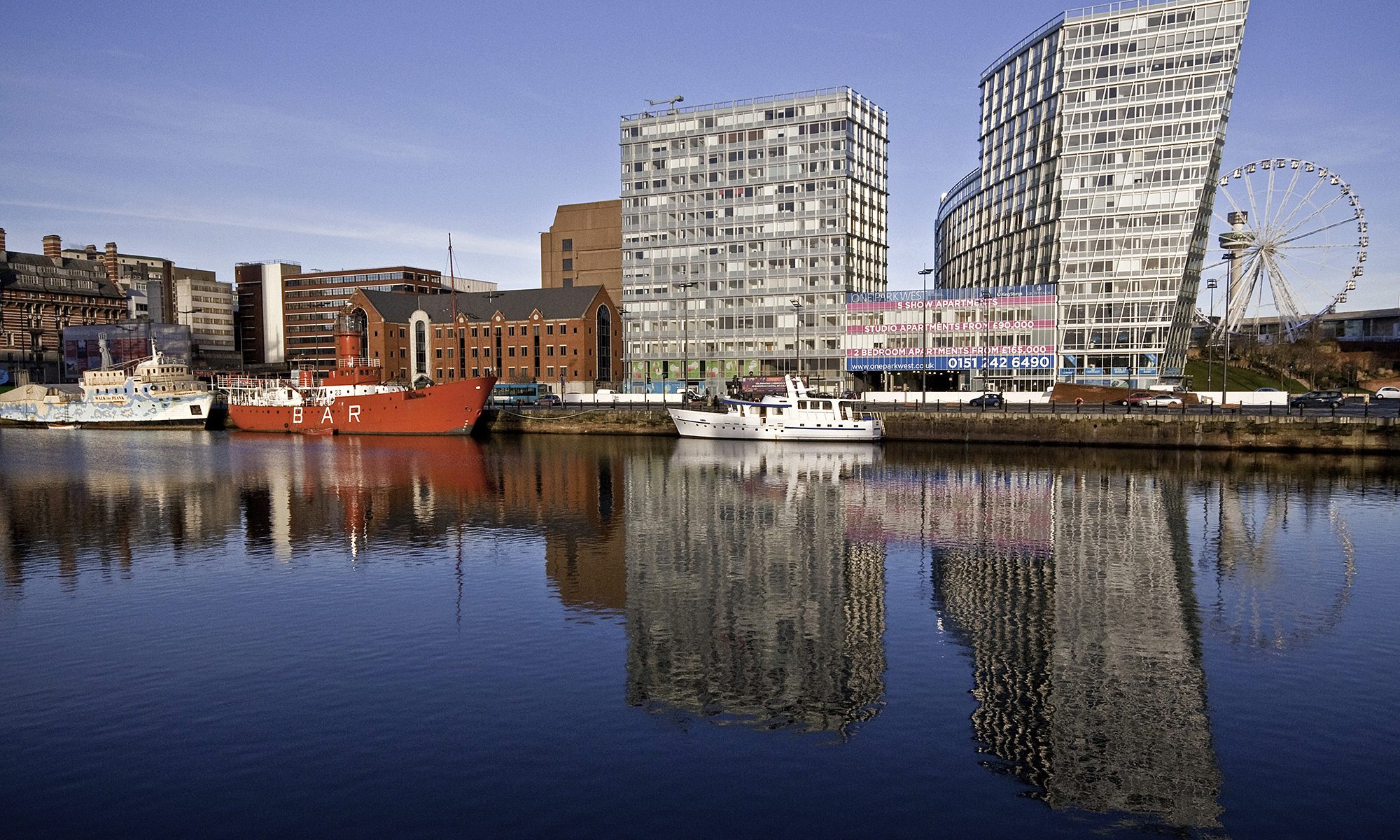 At the beginning of the month I walked around Liverpool with Kay, Mark and Rachel looking to photograph the pengiun statues. However I really wanted to try to get some good night shots of the city centre. So just before Christmas I got the train back on my own with my tripod in an attempt to do just that. I have learnt that it is always worthwhile going an hour or two early to the location to walk around and hunt out places to stand in order to capture what I wish. Case in point with the above photo of One Park West apartment buildings. My aim was to come back a few hours later when it was dark to repeat the above photo. However, the night before I had left my gloves in the boot of my car (big mistake), because after sitting on a bench where this photo was taken from I reached into my pockets to put my gloves on, only to realise that they were damp. And damp gloves in freezing temperatures are not warm. After half an hour I couldn’t operate my camera or tripod with or without gloves and my hands had turned a strange colour. So I headed home very disappointed. I will return better prepared next time!