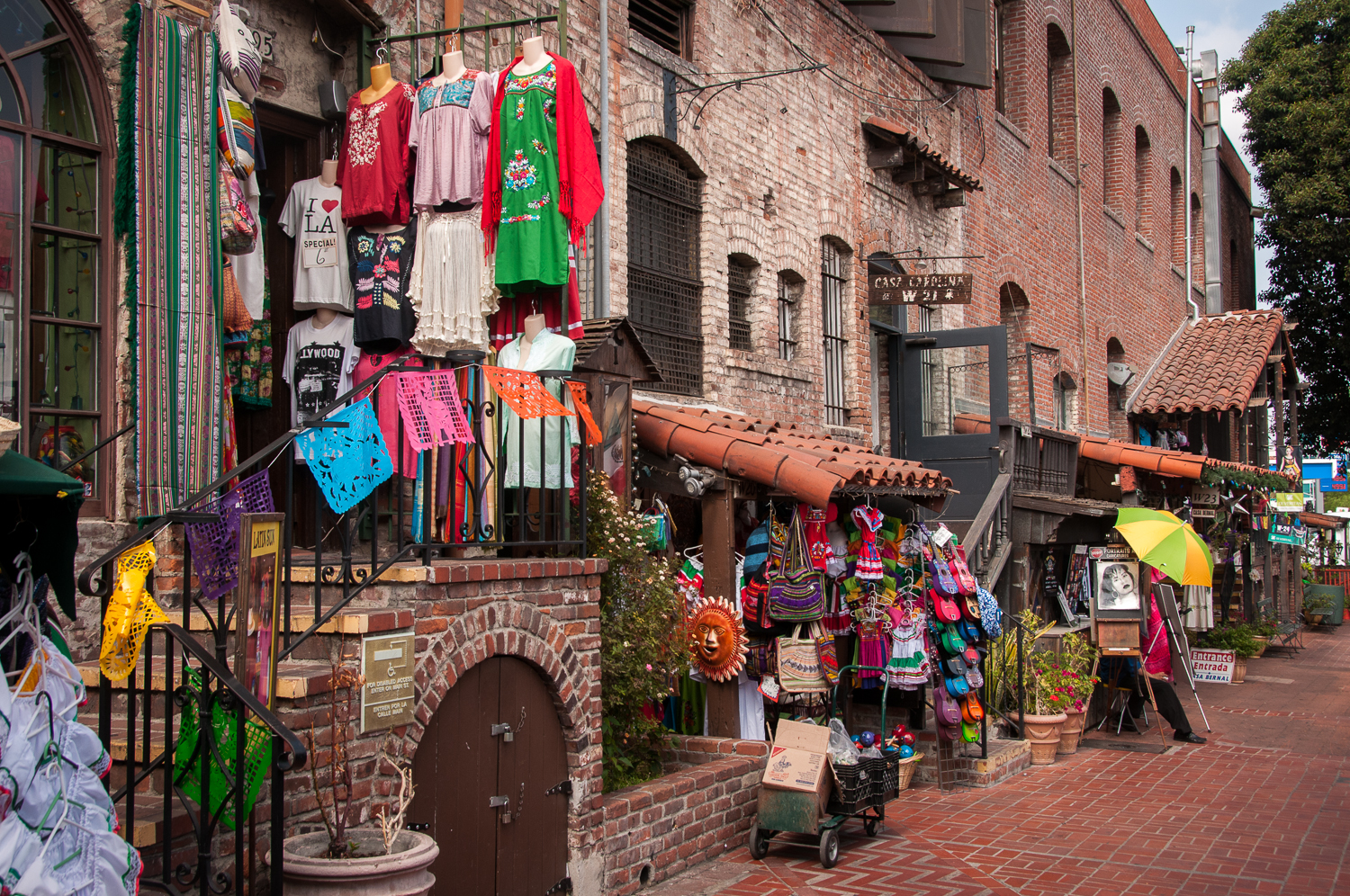 When signs point to Downtown or CBD (central business district) of any city, skyscrapers are the first thing that comes to mind, especially in a huge city such as Los Angeles. It isn’t always the case as Olvera Street proves. LA was founded in 1781 by a group of Spanish settlers consisting of 11 families. They settled in this area, making Olvera Street the oldest part of the city. It’s right across the road from the main Union Station. Today the street is quaint and colourful market catering to tourists. It’s billed as a living museum paying homage to a romantic version of old Mexico.