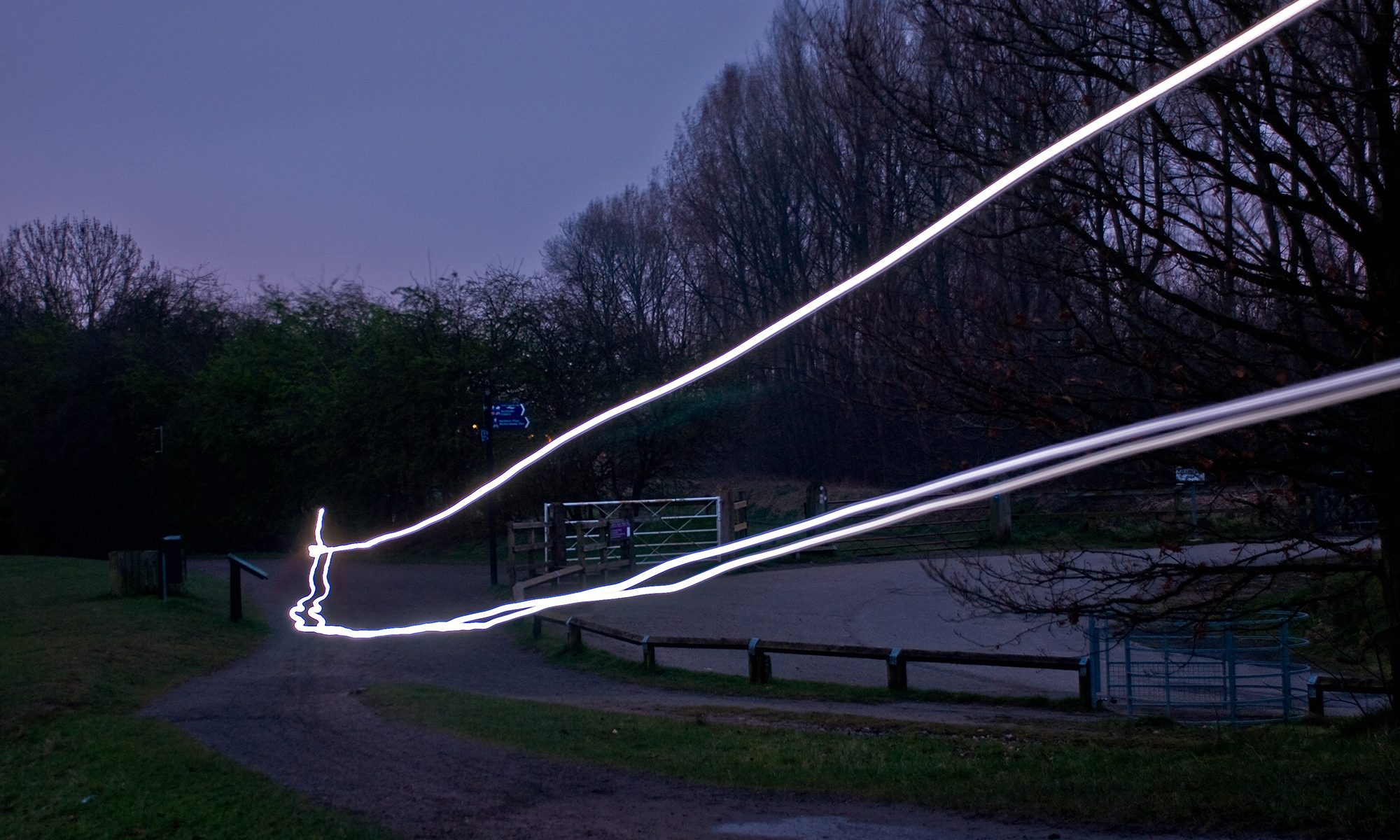 I have had this idea in the back of my mind but thought that one light on the bike would make for an extremely dull photograph. Mark and I were training with some one mile timed sprints around Chorlton Water Park. This was the last run Mark did and whilst sat on a bench waiting for him I set my camera up, supported by a GorillaPod (a small, bendy mini-tripod), which was placed on the bench and used a cabled remote to release the shutter.

Mark was riding his new Scott mountain bike with two small lights on the bars and a head torch (which was much brighter and blue, but this didn’t seem to make a difference to the final image above). The camera was set with a 6 second exposure time at an aperture of f/4.5. It worked out well although next time I will try using “Bulb” mode where I can get much better control over the shutter speed. In my opinion the best part of this photograph is the way you can see a ghostly figure of a bike and red coat below the light on the left side of the picture.